Violence of the State: Industry Workers Poised to Strike Against “No Jab No Job” Mandates 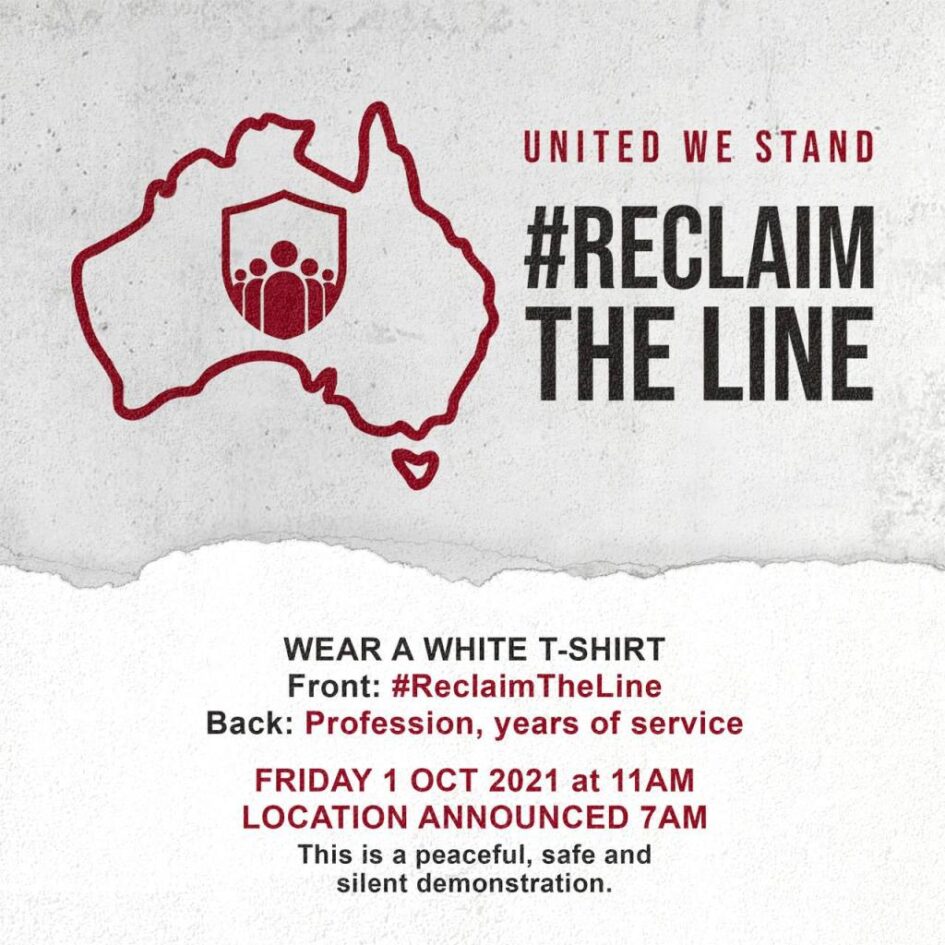 It’s now official: Australia has had the worst response of any nation on Earth to Covid-19, with some of the world’s longest and most draconian lockdowns, the Federation destroyed with most internal borders shut, millions of people under house arrest, thousands of businesses destroyed, military on the street, and in recent days some of the most violent crackdowns of protesters ever seen.

With a subjugated people no longer coping, the latest flashpoint has become the “no jab no job” mandates, combined with the scheduled introduction of vaccine passports.

Australia is now unrecognisable from the country it was only 20 months ago; and the subject of excoriating international coverage.

Workers from multiple sectors across Australia are planning to strike at #ReclaimTheLine protests at 11am today, Friday, 1 October, as the clock ticks towards government vaccination mandates.

The collective strike is organised by National Education United (NEU), a newly created and fast-growing alliance of more than 18,000 teachers and workers from multiple industries who are fighting state government mandates.

NEU spokesman Christian Marchegiani (aka Mack) said the imminent strike represented a show of support for anyone facing medical discrimination and the threat of losing their jobs.

“At no other time in living history have ordinary Australians faced such an unimaginable threat to their freedoms – freedoms that until now, we have taken for granted,” Mack said.

“No Jab, No Job policies are being implemented through coercion, manipulation or ‘incentives’, and everyday Aussies are losing their rights to work.

There is also a frightening danger of Australia seeing vaccination passports for the first time.

Is this really the type of society we want live in? Each of us has to decide where we draw our line in the sand and to take relevant action, with courage and heart.”

To date, Sydney, Melbourne, Brisbane, Canberra, Perth, Byron Bay, Newcastle and Port Macquarie are all participating in the event, according to a press release provided.

All protesters are being invited to wear a white T-shirt with the #ReclaimTheLine slogan on the front and their profession and years of service on the back.

“We will protest peacefully and respectfully in a united stand for freedom, liberty and medical freedoms,” Mack said.

“It is appalling that we’re being mandated to take an experimental vaccine that has been inadequately tested.”

‘United We Stand to Reclaim The Line’.

All other locations to be announced from 7am, Friday 1 October.
via https://t.me/NationalEducationUnited

(You can click ‘preview this channel’ if you don’t have Telegram).

Northern Rivers, Tweed Heads, Gold Coast and Brisbane are coming together in one location at: Border monument, Boundary Street, Coolangatta (near Twin Towns).

You can view more of the group’s efforts online by clicking here and here.

Note: A Sense of Place Magazine would not normally publish details of upcoming events in this manner, preferring to stick to post-event reportage. However the extreme manipulation of mainstream media, which has become a megaphone for government propaganda, ceaseless alarmism and the inducement of anxiety psychosis in the broader population; accompanied by the most violent crackdowns on protestors ever seen in Australian history and the equally disgraceful online violence of censorship and algorithmic manipulation all make for a different time and different sets of rules.

We are witnessing and experiencing an authoritarian derangement. No one is adhering to the normal conventions, least of all the authorities. The times create.