Scott Morrison: What the Bloody Hell Are You Doing? 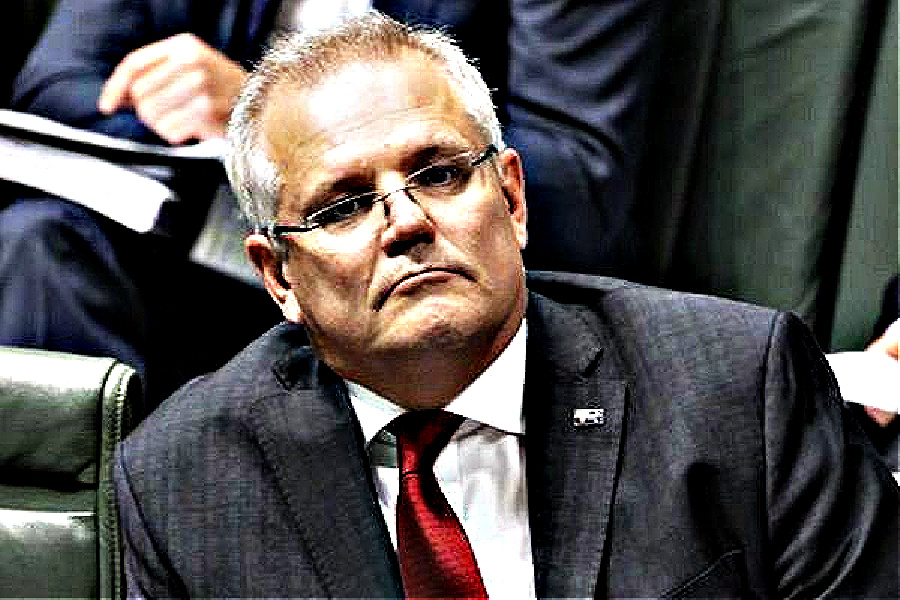 Time and time again, Scott Morrison has demonstrated that he is ill-equipped to serve in a position of power,

In recent days a number of Australian media outlets drew on Annika Smethurst’s insightful new Scott Morrison biography, The Accidental Prime Minister, including an article by the book’s author in The Sydney Morning Herald.

The SMH’s headline refers to a ‘clash of personalities’, quoting former Prime Minister John Howard on why Tourism Minister Fran Bailey fired Morrison as Chief Executive of Tourism Australia in 2007. Bailey served as a minister on Howard’s frontbench.

Smethurst’s book points out that Bailey made a substantial case on why Morrison needed to go. It was a case centred around the UK broadcasting authority banning Tourism Australia’s advertising campaign ‘So where the bloody hell are you?’.

Bailey was not happy about signing off on a $180 million contract Morrison presented to her that did not hit its target market because no one had taken the trouble to research it against cultural and legal obstacles. Bailey was keen to rescue it, which she did by using her own British connections.

Victoria is entering yet another lockdown, but Victorians shouldn’t be blaming contact tracers or the State Government.

Smethurst’s book sets out the similarities at Tourism Australia with Morrison’s unhappy departures from New Zealand’s Office of Tourism and Sport and the Australian Tourism Task Force, headed by John Brown.

A former tourism minister in the Hawke Government, Brown made this observation about the time Morrison worked for him:

‘He was very unpleasant and I didn’t like his attitude towards staff… I wanted to sack him almost from the start. But he beat me to it and quit. Everyone in the office was very relieved when he said ta-ta.’

Smethurst’s book also makes the point that the Tourism Australia board supported Bailey in firing Morrison and that a 2008 Auditor-General’s report was scathing in its assessment. The Auditor found four areas of fault on Morison’s watch that did not involve a personality clash.

The first was that that critical information had been kept from the Tourism Australia board, a charge that speaks to Morrison’s disposition to operate in secrecy and back himself to act unilaterally and take all the credit. Those attributes have been put on show during his watch as Prime Minister, the most recent example being his decision, seven months before going to election, to establish a long-term agreement around eight nuclear submarines to be delivered in 2040 with a multi-billion dollar cost.

The New York Times described the venture as a gamble in which Australia is ‘betting the house‘ by ‘throwing in its lot with the United States for generations to come’. Apart from the potential damage to the relationship with our largest trading partner China, it also involved keeping our European ally France in the dark and greatly underestimating the hurt it has caused to the French.

That was evidenced by President Emmanuel Macron not taking Morrison’s phone call on Wednesday and the French Ambassador being promptly recalled. With the departure of Angela Merkel, Macron is now regarded as the titular head of the European Union. Whatever the merits of the shiny new agreement with the US and Britain, it’s an exercise that could be described as the equivalent of keeping a board in the dark.

The second was about procurement guidelines being breached. Bidding for a lucrative tender is often a slow and tortuous process, even for the tenderer who wins on merit. Cutting corners to assist a preferred tenderer is unfair, potentially corrupt, and a risk to reputation. Breaching procurement guidelines was also an allegation made against Morrison in New Zealand.

Under Prime Minister Scott Morrison, Australia no longer displays compassion and humanity towards those in need.

The third follows from the second, and refers to acting on a contract before the paperwork is signed. One way to block objections from inside the organisation is to get the preferred tenderer moving swiftly towards a payment milestone.

Getting sign-off through the hierarchy can be slow and laborious, especially if the final sign off involves the minister’s signature, a tricky step when the Minister is Fran Bailey who already has reason to regard the Chief Executive as untrustworthy.

The fourth fault identified by the auditors was the lack of performance indicators making it, as Smethurst says:

‘… difficult to assess whether or not the services provided achieved their objectives.’

This signifies what has since become one of Morrison’s default impulses to avoid accountability.

Performance indicators were clearly missing when Australia’s Federal Court made a determination in 2020 about the Robodebt scheme which used an algorithm to make overpayment demands from welfare recipients. Despite warnings about Robodebt’s legal standing, the Government issued many demand letters which resulted in many recipients paying back money they didn’t owe and an estimated 2000 recipient suicides.

The Federal Court ordered that the victims be compensated to the tune of $1.2 billion.

On the matter of billion-dollar performance indicators, Morrison implemented a $90 billion scheme in 2019 that subsidised firms for labour costs if the pandemic caused them to suffer a hit to their revenue. Australia’s Treasury audited the scheme and discovered that $25 billion had been paid to firms that had not lost revenue, many of which made handsome profits.

A proposal to review the scheme was refused, presumably because it would have shown that performance indicators had been overlooked and a clawback mechanism to seek repayments in cases of unjust corporate enrichment, was missing.

Scott Morrison’s biggest success is manipulating his own image

Scott Morrison has a talent for appealing to every day, ordinary Australians by playing the part of one of them.

Rather than repeated personality clashes, the constant feedback on Morrison’s leadership style is that of a know-all who rushes headlong into decisions and doubles down when they go pear-shaped.

That was evident early in his term when Australia’s firefighting peak bodies in 2019 wanted to warn him about the heightened danger to the nation from bushfires over the coming summer, but he refused to give them his time.

Not only did the fires, as predicted, cause widespread destruction, but when Morrison was discovered holidaying in Hawaii, he defended his absence by telling a radio interviewer that firefighters like fighting fires and that it wasn’t his job to “hold a hose“. That phrase has stuck with him.

Australia is now in the grip of a Delta COVID outbreak in its two most populous states and is well short of a vaccination rate across the country that will allow the economy to open up. As we struggle with the consequences, Morrison is typically unapologetic despite his Government failing to take up an invitation from Pfizer as early as June 2020 when other countries were finalising deals.

He announced that Australia was first in line for vaccines in October 2020 but did not sign a Pfizer deal until November when the best we could get was an inadequate ten million doses. Journalists and others who point that out are belittled as “hindsight heroes”.

There were plenty of opportunities for foresight with the 2019 summer fires, the Robodebt tragedy and irretrievable JobKeeper overpayments to wealthy companies, but no appropriate action was taken.

Lessons might have been learned from earlier failures, but while Morrison appears to find plenty of moments to shift blame for those failures, he takes few opportunities to reflect on moments in which he could learn from them.

Paul Begley has worked for many years in public affairs roles, until recently as General Manager of Government and Media Relations with the Australian HR Institute. You can follow Paul on Twitter @yelgeb.