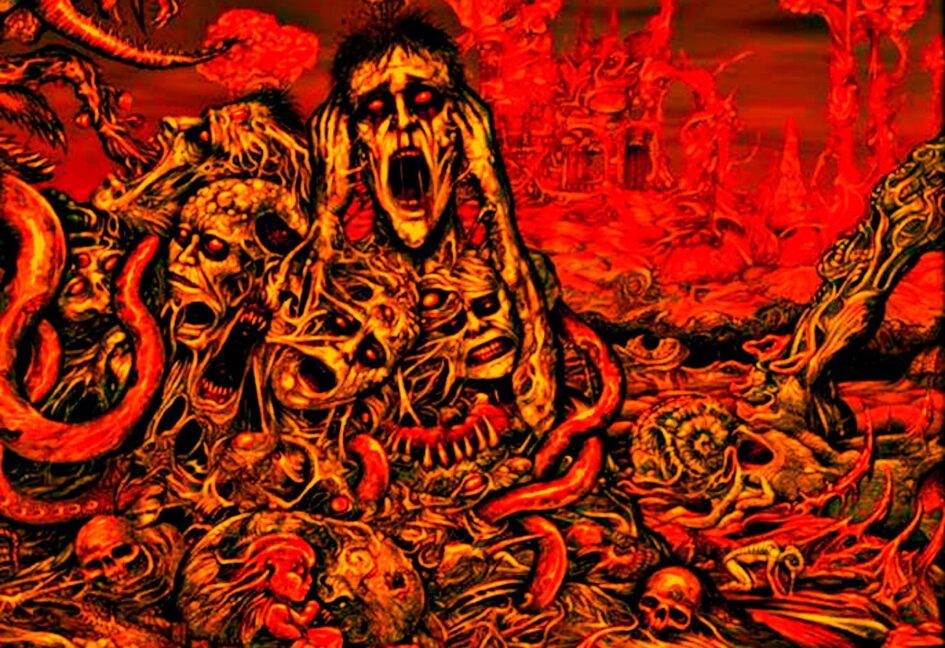 The End Is Nigh

As the shutdown of Australia continues apace, there’s one very legitimate question to ask: How is the Prime Minister Scott Morrison’s avowed belief that we are living through The End of Days influence his decision making?

How does his belief in prosperity theology, that God rewards the righteous and destroys the unbeliever, impact on his clear lack of empathy for ordinary Australians and the hundreds of thousands now being thrown onto the dole queues?

In this strange time Christians are as equally exercised as the Muslims, their respective preachers calling for an urgent submission, to reignite their worship of the Lord.

As historian James Boyce, author of Born Bad: Original Sin and the Making of the Western World, wrote in his Matilda piece Scott Morrison and the Devil, the world is so used to stories on the decline of Christianity that the rise of Pentecostalism, which emerged in Los Angeles in the early parts of the twentieth century, has been widely overlooked.

Pentecostals regard Jesus as their Lord and friend. As Morrison’s church, the Horizon Church in his home suburb of Sutherland, put it in a statement of belief: “Jesus is the centre of our church. We preach Jesus. We worship Jesus. We love Jesus.”

This is a battle between good and evil, as Boyce observed.

The contrast between those “consigned to everlasting punishment” and those whose names are to be “found written in the book of life” is absolute. As is the member churches’ certainty “in the premillennial, imminent and personal return of our Lord Jesus Christ” that will “set up his millennial reign on this earth”.

A doctrinal statement affirms belief in “the personality of the Devil, who, by his influence, brought about the downfall of man, and now seeks to destroy the faith of every believer in the Lord Jesus Christ”.

Is that why there has been no outward or public display of sympathy for the million people being thrown onto the scrapheap during the Coronavirus pandemic? The ones who are literally standing in dole queues as Scott Morrison conducts his endless Canberra anounceathons, assuring the public that the government’s response is “scalable and sustainable”, whatever that means.

Scott Morrison’s Horizon church is a signed-up member of Australian Christian Churches, formerly called the Assemblies of God in Australia.

Decades before, as a much younger man, working as a general news reporter for that then Bible of the chattering classes The Sydney Morning Herald, I was dispatched to cover a story on a strange new religious phenomenon arising in the suburbs.

Any out-and-about newspaper reporter of the era was accustomed to the empty pews and diminished energies of mainstream Christian churches; a depleted spirituality. It is one of the reasons why the fervent, living beliefs of Muslims struck such a sharp contrast in Australia’s suburbs.

Religious belief was so yesterday in the cooler-than-cool circles I then moved in; and certainly to the editorial powers-that-be where I worked. The idea that there was a bunch of Christians out there swaying in song to some fantasy God seemed so far fetched as to be worth a story, at least as far as my chief-of-staff was concerned. I was duly dispatched to cover a curiosity, a group fervently wedded to an arcane belief system.

Strange, amongst all the thousands of stories I’ve written over a lifetime of journalism, that this one, on the face of it just another routine general news story, lingered on in my mind; the immensely surprising, truly quite remarkable sight of thousands of people joined in song and worship. In the middle of the suburbs. In a place like Australia, one of the most secular places on earth.

On a Sunday, when most people were at home or at the beach.

And now, decades later, Australia has an Assemblies of God prime minister. And the times are riven strange.

Scomo’s well-fed, smug Animal Farm face beaming into the nation’s lounge rooms may well be leading us all straight to the pit. Or to revolution.

Yes, there is a spiritual element to this strange puppet play in this strange southern land. As I have travelled around the country in recent years I have often had a haunting dream, that the food riots of the future are breaking into the present. Now, all of a sudden, those peculiar dreams are coming true at an alarming pace.

In her book Plots and Prayers author and columnist Nikki Savva records that in the moments before Mr Morrison was made prime minister by the Liberal Party room he and his fellow Pentecostal, close friend and numbers man Stuart Robert, prayed that “righteousness would exalt the nation”.

Mr Morrison had asked his receptionist to text his wife to ask that his family pray for him as he headed into a prayer session with Mr Robert, now the Minister for Government Services.

Morrison prayed for a righteous nation.

What the nation got was him.

I am deeply concerned that the social, economic and public health consequences of this near total meltdown of normal life — schools and businesses closed, gatherings banned — will be long lasting and calamitous, possibly graver than the direct toll of the virus itself. The stock market will bounce back in time, but many businesses never will. The unemployment, impoverishment and despair likely to result will be public health scourges of the first order.