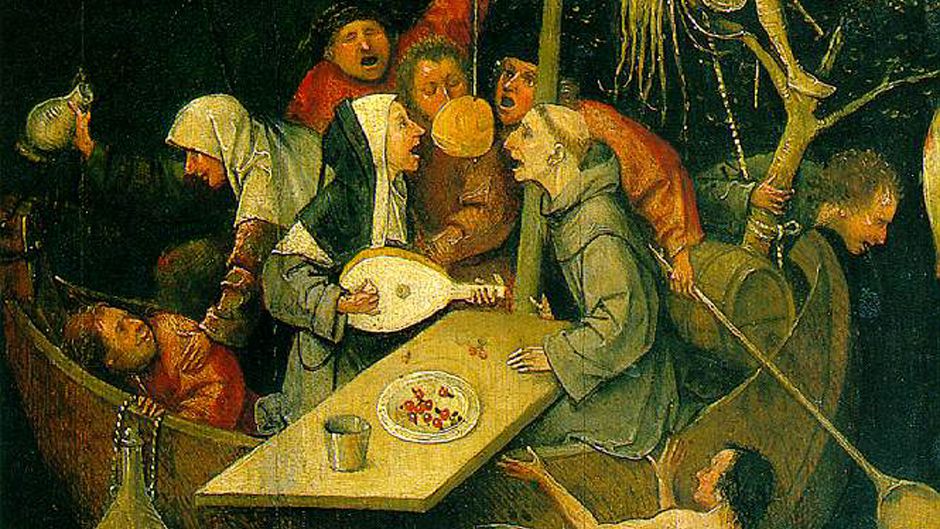 Very early on in the Covid drama the country’s commentators were straight out of the box slamming the government for mismanagement. There was no rallying behind the flag.

“Last Thursday, in an act of negligence bordering on the criminal, 2700 passengers were waved off a cruise ship — despite their status as floating incubators of disease — and onto the streets of Sydney.

“Ever since, the NSW and federal governments have been trying to blame each other. That’s just a start. Australians need leaders who lead – and own up to their mistakes.”

“Political ideology has failed. The economy is supposed to serve the people, not be an end in itself. Sadly, neo-liberal thinking has it that the people are there to serve the economy. So it is that $50 trillion or so is sitting in tax havens while medical supplies run short.

“So it is that the big business lobby, which has suckered politicians for decades, now pleads for the support of government and taxpayers even though they have called for less secure conditions for workers and lower taxes for business and done nothing to stop the exodus of capital to tax havens.

“The Morrison Government’s emergency measures to protect the economy in the midst of a pandemic are another massive subsidy from embattled taxpayers to Australia’s largest corporations. They are a failure of government to govern.”

Fast forward not very far and senior journalist Steve Waterson at The Australian couldn’t have been more scathing.

In a piece in front of their paywall, Rupert Murdoch’s empire wanted everyone to read this one, titled Paying for an Epidemic of Stupidity, Waterson he wrote:

“Our politicians find themselves unable to admit their response to the virus – the ultimate blunt instrument of lockdown, brutally enforced – hasn’t worked, and will never work.

Instead, like the pokie addict, they have doubled down to unleash a runaway epidemic of stupidity.

“They’ve destroyed our economy and put thousands out of work; they’ve refashioned many of our famously easygoing population into masked informers; and we’ve handed control of our lives to a clown car packed with idiots.

“If there is a clearer demonstration of the insidious overreach of the nanny state, infantilising and sinister, and the shameful acquiescence of its legions of time-serving bureaucrats, I’m not aware of it.

“What’s more insulting, each day we are chastised for “disappointing” our leaders, as though they are our superiors and it is the citizens’ duty to please them. The infected are singled out, vilified and shamed as sinners, their scandalous movements – three pubs on a Saturday night! – tracked and condemned. It recalls the attitude towards AIDS victims in the 1980s, a divine judgment visited on wicked libertines.”

The next day Old Alex followed up the “Pundits Queue” story with another, going straight to what he saw as the crux of the matter, titled “Scott Morrison: The World’s Only Pentecostal Leader” and subtitled “The End Is Nigh”.

“As the shutdown of Australia continues apace, there’s one very legitimate question to ask: How does Prime Minister Scott Morrison’s avowed belief that we are living through The End of Days influence his decision making?

“How does his belief in prosperity theology, that God rewards the righteous and destroys the unbeliever, impact on his clear lack of empathy for ordinary Australians and the hundreds of thousands now being thrown onto the dole queues?”

He proceeded to rehash a piece he had written a full year before, in which he quoted historian James Boyce:

“The assumption that the prime minister’s Horizon Church in Sydney’s Sutherland Shire can be understood as just another conservative denomination is a major mistake.

“The essence of our prime minister’s religion is not a set of beliefs at all but a unique perspective on the Christian experience in which God is so intimately present to the saved and sanctified that he can be felt, talked to and heard at any time.

“The 24/7 cosmic drama is made more intense by the fact that the play is soon coming to an end. The Devil is powerful now but he is on the verge of defeat. Only God knows exactly when Jesus will return and banish Satan to Hell, but most Pentecostals are certain that the end times are upon us.”

Concerns were not allayed by the Prime Minister’s his adoption of the mannerisms of a regional pastor and the use of religious language such as “getting to the other side”.

“Strange that a prime minister could see most of his nation’s citizens, the voters conned by his daggy dad routine at the last election, as destined for hell.

“Is that why there has been no outward or public display of sympathy for the million people being thrown onto the scrapheap during the Coronavirus pandemic? The ones who are literally standing in dole queues as Scott Morrison conducted his endless Canberra anounceathons, assuring the public that the government’s response is “scalable and sustainable”, whatever that meant.

“Scomo’s well-fed, smug Animal Farm face beaming into the nation’s lounge rooms may well be leading us all straight to the pit. Or to revolution.

“Yes, there was a spiritual element to this strange puppet play in this strange southern land. As I have travelled around the country in recent years I have often had a haunting dream, that the food riots of the future are breaking into the present. Now, all of a sudden, those peculiar dreams are coming true at an alarming pace.”