The Digital Enablement of Totalitarianism 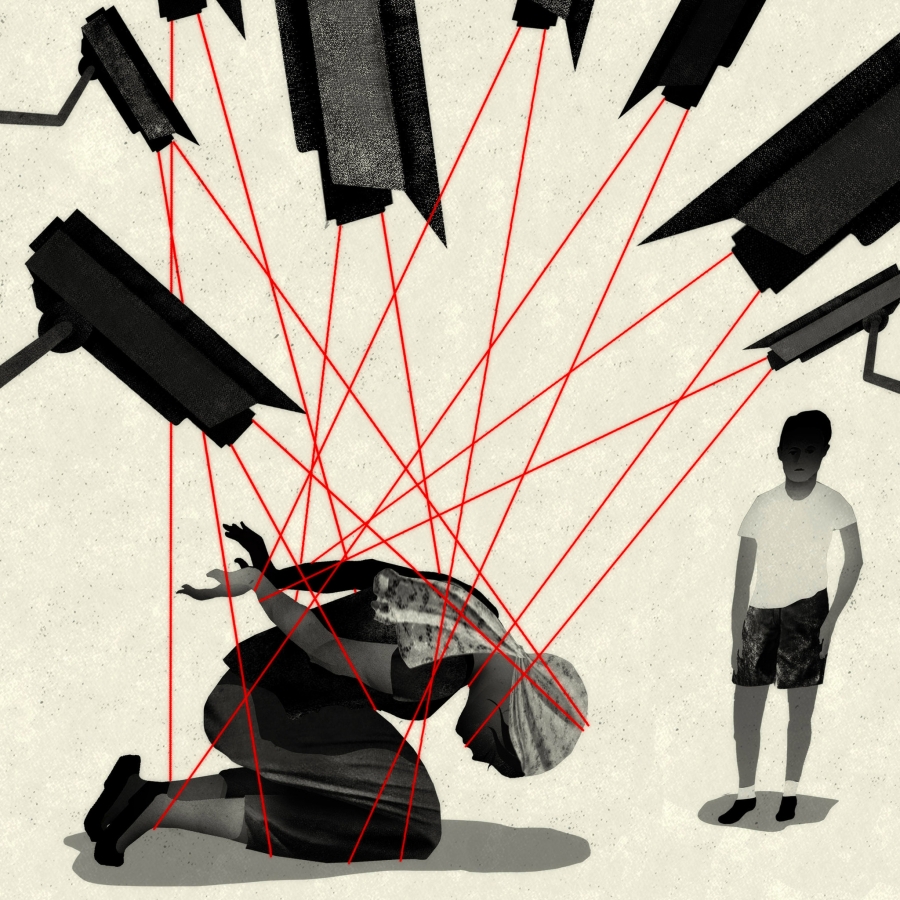 The Covid affair of 2020 simply couldn’t have happened a decade ago.  It is a chilling thought that we are only cowering beneath the stare of Big Brother because of tech.  Yes, we are only going through all this social control because now the state can do it.  The deep state is at its deepest when it is technologically enabled.

Some have called it “health fascism”.  It is, in fact, digitally enabled health fascism.  The Covid dystopia is the culmination of several distinct actors, processes and ideologies working hideously and chillingly in tandem.  The actors include panicked politicians, cowering citizens scared to death for no reason, contingent opportunists with agendas, narcissistic, power craving bureaucrats, midwit legacy and social media players. But digital technology is the apparently benign yet (alas) very imperfectly understood technical enabler of it all.

Welcome to the surveillance state, as it has been termed by Yasha Levine in his book of the same name.  Tech enabled Covid has triggered a perfect storm of Orwellian social control.  The ChiComms’ menacing social credit system has been globalised, along with its WuFlu.

The Social Credit System is a national reputation system being developed by the Chinese Communist Party, under CCP General Secretary Xi Jinping’s administration. The program initiated regional trials in 2009, before launching a national pilot with eight credit scoring firms in 2014.

Anyone familiar with social credit will have recognised its deep meaning for the Chinese.  East Germany, technologically turbo-charged.  How has Big tech played into the creeping state?

The digital revolution has its own compelling, if broadly misunderstood, and seemingly agreeable buzz words:

And so on.  We have all heard them.  They are meant to connote four messages – inevitability, irreversible, progressive and benign.

In my former life as an economic development specialist, I came across all this stuff on a daily basis.  The sheer seductiveness of these markers of supposed progress towards earthly nirvana was compelling to a whole generation of policy-makers, dumb politicians, conference goers and practitioners only too willing to swill the digital kool-aid, and to feel good without really knowing why.

What if all the technobabble of the past decade were cover, even if innocent, for something far more sinister?

Boris Johnson made a significant and revealing speech to the United Nations in 2019.  Remember, this is the same Boris who has just locked up his entire country for the second time in six months.

Digital authoritarianism is not, alas, the stuff of dystopian fantasy but of an emerging reality.

A few sentences, in the very same speech, Boris switched to up-beat mode:

I am profoundly optimistic about the ability of new technology to serve as a liberator and remake the world wondrously and benignly.

Is this idiot for real?

Then he put a challenge to “his excellencies” of the United Nations:

At stake is whether we bequeath an Orwellian world, designed for censorship, repression and control, or a world of emancipation, debate and learning, where technology threatens famine and diseases, but not our freedoms.

Said in September 2019, a mere few months before the same man, along with his fellow Western leaders, unleashed an attack on freedom never before seen – all driven by technology.

In passing at the UN, Boris mentioned that:

Wonderful.  The capacity of clueless politicians for swallowing, then dutifully regurgitating, tech crap, is seemingly endless.  Nonetheless, it provides a useful example of the extent to which the transformation of our economies from producers of real things to the production of endless “services” can dupe the populace and its elected officials.

Note that Wired magazine, the bible of the technocracy, published Boris’s speech in its entirety, no doubt with approval.  As the old lefties, would say, “it is no coincidence …”

Digital tech drove the globalisation and financialisation of everything, from the 80s.  Globalisation was enabled by digital technology, and in turn it embedded the capability of digital to take over more and more of our lives.  It was a beautiful virtuous circle.  Even the new left bought the globalisation rubbish, holus bolus.  To its eternal shame.  As it was simultaneously reeling off its talking points about the evils of “neo-liberalism”.  The left was hooked.  And it was all driven out of Surveillance Valley, as Yasha Levine aptly termed it.

Dustin Broadbery has written powerfully about the sequencing of the creeping digital control of our lives in a Covid panicdemic :

The volitional guidelines for the hospitality industry to track and trace our movements, has predictably been ramped up to mandatory. Anticipating the next iteration in this sequence – gun-to-your-head contact tracing across all interfaces of the economy – our workspaces, public transport, international flights and supermarkets. Or, for those refusing to comply, then it’s ‘no ticket, no laundry.’ And the emergence of COVID-apartheid.

In the end, if you failed to push back against contact tracing, you stand no chance of resisting mandatory vaccinations. Until the megalomaniacs in power, with their ulterior motives and god-complexes, finally claim regulatory control over our bodies. And make no mistake, our minds will be next.

This is the world of Simi Valley, California.  Where cops are now inveigled into helping shopkeepers to eject non mask wearers, and where the cops pick up motorists for being non maskists.  Anyone familiar with the fictional Anton Chigurh in No Country for Old Men will not wish to be pulled over by a fired up Covid cop.

The Covid ruling class is lining us all up for the next phase – first, test and trace, next digital health passports and compulsory vaccines.  We get to say where you go.  Oh, wait a minute, Daniel Andrews already did that.  And Greg Hunt too, with ScoMo’s typically slithery backing, has that in mind for Australians.

Boris Johnson and his contemporary world “leaders” have been swept up into two cults simultaneously – the cult of digital and the cult of Covid.

When combined, the impact on us will be lethal.  And Boris ain’t the only one.  If Biden makes the White House, and with Davos empowered through the stolen election, the world WILL change.  Who thinks, for the better?  These are Big Tech’s useful idiots.  The Gen X and millennial titans of Surveillance Valley get unimaginable wealth, power over governments, oligarch status, monopoly control over their markets, a free ride on the information superhighway – infrastructure that is not even a legit public private partnership – and an unimpeachable status beyond the reach of elected governments and customers.  We-the-people get – free, addictive, self-absorbing, reality destroying smart phones and our core freedoms surreptitiously drained away.

The useful idiots have been elevated to field operatives in the global digital game of creating the new normal.  Matt Hancock, Boris’s (at least this week) UK health tsar, had a previous gig as Digital Minister.  During that time, and already embedded with Malcolm Turnbull’s globalist leftism and his veneration of all things digital, he has become a tech warrior.  Now, with Covid, he has a perfect testing ground on which to pilot his techno desires.  As a Cameroon, he was predisposed to using technocracy to advance his own career aims and his ideological proclivities.  Just like Mr Ozemail, the Malchurian candidate.

Some have noted the similarities between the Covid puppet masters with the Pied piper of Hamelin.

As the story goes, in 1284, townspeople hired a rat catcher to lure away the vermin that had overrun their village. He did, except the citizens of Hamelin cheated the man out of his payment. So the man—a “pied” piper—returned a year later and lured their children away, too.

The Pied Piper was the James Jones of the thirteenth century.  Hamelin is a real place, in Lower Saxony.  It is a mere 112 kilometres from another real place, called Belsen.  Both are in northern Germany.  The rats, then the children, were led to their chilling finales in Hamelin, courtesy of the man with the music.  The innocent of the Third Reich, were led to their own final Hamelin, just up the road, eight hundred years later.  Let us not ever downplay the evil that men do, or the willingness of normal people to be duped by the seductive appeal of ideology, or false hope.

Oligarch Valley is the Pied Piper of the digital age.

Then there is the “great reset”.  Klaus Schwab, Mr Global World Order and founder of the World Economic Forum, has written a book:

“Many of us are pondering when things will return to normal,” writes Schwab. “The short response is: never. Nothing will ever return to the ‘broken’ sense of normalcy that prevailed prior to the crisis because the coronavirus pandemic marks a fundamental inflection point in our global trajectory.”

“Radical changes of such consequence are coming that some pundits have referred to as ‘before coronavirus’ (BC) and ‘after coronavirus’ (AC) era. We will continue to be surprised by both the rapidity and unexpected nature of these changes – as they conflate with each other, they will provoke second-, third-, fourth- and more-order consequences, cascading effects and unforeseen outcomes,” he writes.

“The world will “never” return to normal after Covid”.  Hover over his words, and ponder his frankness.  Schwab, coincidentally also a German, though born in the south some distance from Hamelin and Belsen, is shaping up as the Pied Piper of Globalisation.

A someone said recently, it isn’t a conspiracy theory if they say publicly what they are up to.  Joining the dots between Big Tech, Big Covid and Big Global is not that hard.  They went to the same (ideological) schools.  The long march through the institutions was planned as well, as we know from our reading of Adorno and Gramsci.  Saul Alinsky was Barack’s mentor.  And Joe is Barack’s boy, well not exactly a boy.  Joe will be hailed as a hero at davos 2021.  Up for the great reset, even though Joe probably can’t spell it.

The Kiwi band Mi Sex sang a catchy tune back in the 80s – Computer Games.  But this is no game, as maybe the Mi Sex guys perceived.

There’s safety in numbers, they say
‘Cause the figures never lie
No perfect persons ever noticed one computer die
I’m programmed to a schedule
What will the answer be
Is it suicide run till the work gets done
‘Cause the matrix grid don’t say

Digital boosters have been saying for years, no decades, that with the advent of computers, nothing will ever be the same for any of us.  We all thought it was self-serving, career enhancing bullshit.  We should have believed them.  Note Johnson’s pitch above.  Apart from being inherently benign – why should he assume this? – technocracy is oriented, even ordered, towards solving what Rittell and Webber once famously termed “wicked problems”.  Not just a force for good, but a means of creating utopia on earth.  Or as Eric Voegelin termed it (The New Science of Politics, 1952), a means of “immanentising the eschaton”.  In the secularist utopian dream, digital technology has both redemptive force and the power of delivery.

Remember what the astute tech guru Marc Andreessen said, in 2011 – “software is eating the world”.  Well, I think now we are in the digestion phase. Andreessen is a digital investor and thought leader.  And no fool.  He was speaking then of business model transformation.  But the genie is out of the bottle, with Covid totalitarianism.  Covid has provided the opportunity, no, the imperative, to take unprecedented liberties with our, well, liberty.  Oh, and ask Donald Trump about the uses of software in electoral transformation.  Not just any old common or garden digital transformation, right there.  Boris’s 2019 UN speech was a masterpiece pitch for a new global, technocratic order, delivered by a buffoon without the slightest idea what he was saying, or what it connoted.

You have been warned.  Don’t complain when you have lost everything.  Alexa has spoken.  Lemmings – to the cliffs!