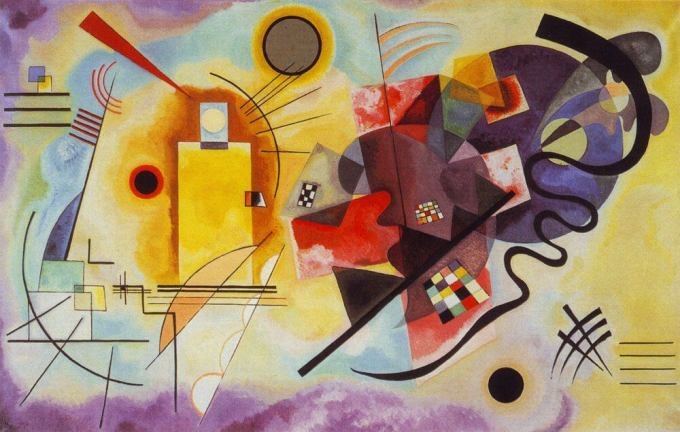 Australian politicians and our media are, relentlessly and without shame, creating Covid hate figures out of innocent people whose crime is simply getting on with their lives.  They are doing this to deflect and to feint.  And to cover up their own, wicked Covid crimes.

One of the many insightful themes of Orwell’s Nineteen Eighty-Four was his portrayal of Big Brother’s strategy of setting up hate figures.  His hate figure of choice was the Leon Trotsky character, Emmanuel Goldstein.

It is not clear whether Goldstein or “The Brotherhood” really exist. When O’Brien, an Inner Party Member, is asked by the novel’s protagonist, he replies:

That, Winston, you will never know. If we choose to set you free when we have finished with you, and if you live to be ninety years old, still you will never learn whether the answer to that question is Yes or No. As long as you live it will be an unsolved riddle in your mind.

Creating enemies that either do not exist at all or whose characteristics and attributed crimes are wildly exaggerated at best, or made up at worst, is the oldest trick in the Pol Sci 101 manual.  It has been on display all around us during the Covid fiasco.  It is employed by premiers, by their cheer squads in the media, by curtain-twitching cadres with first names like Karen, by politically correct writers intent on signalling virtue to their adoring hordes, by police commissioners acting well beyond their brief, by out-of-their-depth public health officials.  The tabloid media are especially adept, but they ain’t alone.  Not by a long stretch.  Favoured epithets include “fringe” and “misinformation”.

This past week has seen the strategy reach its zenith.  Is it possible to jump the shark on this?  Have we reached peak shaming of created enemies?

For Nikki Gemmell, it was “fool protesters”.  For Anthony Albanese and, alas, Scott Morrison, it was George Christensen, the lone ranger from Dawson.  For Sarah Hanson-Young, it was the Australian Communications and Media Authority for not censoring Alan Jones and colleagues.  For our twin Murdoch-hating former prime ministers, it was, well, you know who.  For Phillip Adams, it was Katie Hopkins.  But there is one more who clearly takes the prize, and he lies in a sick bed a few blocks from where I live.

Good old Byron Bay is in the news, again.  When I recently visited the place for a quick fish and chips – between isolation and lockdown – the tourism mecca was literally a ghost town.  Now, inevitably, in lockdown again – yes, over one case – governments and other wholly own subsidiaries of Big Pharma are once again playing the Emmanuel Goldstein card.  And they have found the perfect foil.

The Rose Bay super non-spreader – there are, at the time of writing, zero other cases in the Northern Rivers – has been pilloried, shamed, (disgracefully) named, charged and now had his murky past legal record rolled out by the media.  “An illegal immigrant”.  Weren’t we meant to idolise these, err, refugees?  Worst of all, and as if scripted, Zoran is, apparently, a “Covid denier”.  This despicable breed makes climate deniers look like jaywalkers.

The only thing missing – and oh, how the media must be pining for it – is for Zoran to have passed on Covid to someone and for that person to subsequently die.  The mass testing of the people of Byron, Ballina, Lismore and surrounds has, alas, failed to unearth any more positive tests, let alone illness.

Proving there is no such thing as “over the top” in today’s Covid-mad world, Matthew Condon in The Australian has, to coin a phrase, “let it rip”.  His modestly titled piece is “Coronavirus: one man manages to unite the Byron Bay region in anger”.  Against “Covid terrorism”.  It gets better:

The Lismore Base Hospital has about 260 beds, and this week one of them, inside its box-like building and jumbled annexes on a hill in the heart of town in NSW’s Northern Rivers just south of the Queensland border was occupied by perhaps the most loathed and reviled man in the region’s recent history.

Naturally, there is a photo of him in the article.  He might as well have a target on his back.  He is Emmanuel Goldstein.

One person advertised a new T-shirt. It had two words printed on the front: F..K ZORAN.

… One community board member suggested he should be publicly stoned.

The neophyte Mayor of Byron Bay has led the charge locally, almost salivating in his increasingly incendiary statements of hatred against Zoran.  He was “livid”.  It is little wonder that the low-information denizens of social media put on a show for Condon dutifully to report.

He got sick and didn’t get tested until he was really sick.  It seems to be a clear case of negligence and intentional disregard. I think there needs to be some kind of penalty for that.

Let us all take a chill pill.  Park the hysteria.  Including you, Mr Mayor, and the journalists who write this stuff up.  Can’t you see what is happening here?

The evidence that Byron’s economy and mental health is in the sewer has been there in front of us right from the time that Scott Morrison thought up Fortress Australia and that our two most incompetent premiers stopped people from leaving our two biggest cities.  Byron Bay retail icons who have been in Byron for half a century are falling or selling up for want of visitors, whether from Sydney, Melbourne or the smiling, pretty youngsters carrying backpacks and sporting Euro accents.  The NSW Government chimed in with the cancellation of the BlueFest and anything else with a ’fest in its name.

No Messrs Mayor and Condon, we cannot pin this on Zoran.  Governments did all this.

The treatment of Zoran has been on a par with, perhaps even exceeded, the treatment dished out in 2020 by the Daniel Andrews-led hysteriocracy against the Shepparton Superspreader, whose travels across regional Victoria, including his various pit-stops, were tracked by a media clearly out of control, even then.  From memory, and despite the frenzied efforts to mass test the sublimely healthy folk of the Goulburn Valley, no one actually got sick.

The only surprise is that none of those helicopters hovering over Lismore Base Hospital appear, so far, to have been carrying a hired gunman.

The Emmanuel Goldstein strategy employed by government and media stooges should come as no surprise.  Especially for anyone remotely familiar with politics and government.  The reason for a “look over there” and “he is the enemy” play is (of course) to deflect attention from idiocy, incompetence and evil.  The first agent blamed for all the crushed lives and broken economies was the virus itself.  Blaming Covid has been an ace card, and it has been played mercilessly at every level of the public’s consciousness.  Only later have we moved to evil human agents, covidiots, granny killers, and the deluded and selfish among us who refuse to play ball with the Covid State.

Now it has emerged that Liverpool Hospital, well and truly embedded in Sydney’s red zone, appears to have been responsible for seven deaths from Covid.  In bygone times, any Health Minister worth his spine and moral rectitude might have resigned over such lethal incompetence.  Perhaps his Premier, too.  No such luck these days.  We already have had the Ruby Princess to demonstrate that that isn’t happening any time soon in the Emerald City.

But wait, there is more. For a while now, those familiar with emergent research out of Israel, the USA and the United Kingdom will have known that the rug has been well and truly pulled from under the vaccine rollout, through evidence that, while the vaccines may prevent illness and death from Covid, the double jab does not remotely guarantee the virus won’t be caught and transmitted.  The penny has dropped in the Mother Country.  In addition, as noted in The Spectator by Ramesh Thakur, governments across this vast land and across the oceans have been noisily rolling out vaccines that not only won’t stop you from getting the virus, but might actually increase your chances of becoming very ill, even dying, from the new, highly infectious Delta strain of Covid.  And we won’t even go near the massively under-reported (in every sense) cases of adverse vaccine reactions.  Lucky that just about everyone is indemnified!  Sadly, not here.

Is it any wonder that governments wish to point “over there”, and to blame the utterly blameless for their own malfeasance?  Zoran is a godsend to governments who didn’t need any help whatsoever from anyone to create the entire Covid disaster.

This story was first published 18 September, 2021.