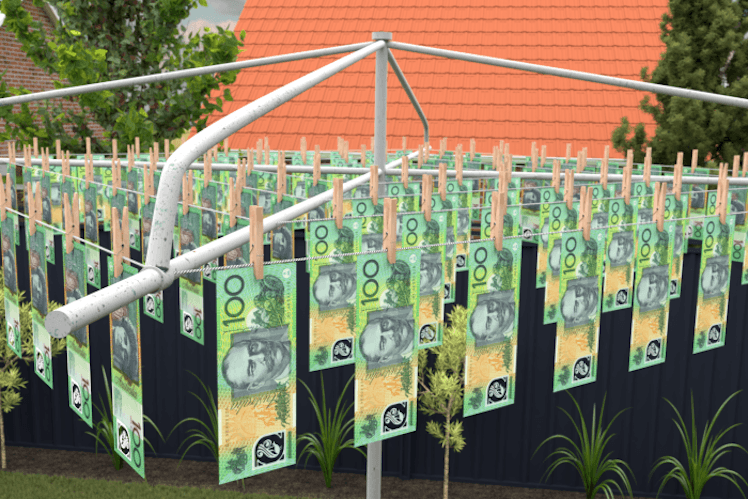 The decline of political and corporate standards in Australia over recent years is not just in the imagination of some critics. Transparency International released its annual corruption report this month which gives Australia the lowest score and global ranking since the series began in 1995.

The Corruption Perceptions Index is widely regarded as the leading global measure of public sector corruption. It offers an annual snapshot of the relative extent of corruption by ranking 180 countries and territories. Its methodology allows for comparison of scores across nations and from one year to the next.

Australia ranked seventh in the world in 1995 with a creditable score equivalent to 88 out of 100. Only New Zealand, Denmark, Singapore, Finland, Canada and Sweden scored better, but not by much.

Then suddenly last year, in just the one year, Australia tumbled from 11th to 18th in the global ranking. Its score fell from 77 where it has stayed for the last four years to a lowly 73.

Over the last ten years, the deterioration in Australia’s standing is the deepest of all advanced nations. From a 2011 score of 88, Australia tumbled 15 points to just 73 in 2021.

No other developed member of the Organisation for Economic Development and Cooperation (OECD) has fallen that far in that period. Of those 38 countries, 15 increased their scores over that time, 21 saw a decline and two remained unchanged.

The gainers over the decade were Latvia and Italy, up 17 points, and Estonia, Costa Rica, Lithuania, the Czech Republic, Slovakia and Greece, all up ten or more points. Some of these, admittedly, were from a low base.

Other significant losers were Canada, down 13 points, Iceland down nine, Sweden down eight and Japan, New Zealand and the Netherlands all down seven, which may be some consolation. Australia is not entirely alone.

Corruption on the public record

The specific reasons for Australia’s decline are not spelled out in Transparency’s report. Regular readers of MWM will, however, be familiar with the likely causes. They include the “sports rorts” affair, the highly problematic sale of floodwater rights, international money laundering, pork barreling selected electorates, corrupt allocation of grant funds, allowing criminals to hide money in Australia’s property market, political fundraising, influence peddling, the East Timor electronic surveillance scandal and the outcomes of inquiries by state investigative commissions.

Some of these were identified in Transparency’s annual report last year, which reported:

“Australia faces several corruption challenges, including anonymous company ownership and money laundering. Following the FinCEN files, where thousands of leaked financial documents exposed a vast paper trail of money laundering across the globe, more than US$150 million were traced back to Australian banks.

“The country also shows severe deficiencies when it comes to corruption in international real estate. As a result of a 2006 law, properties can be bought and sold without due diligence and real estate agents, lawyers and accountants are not required to report suspicious activities.

The top ten nations in combating corruption last year, in order, were Denmark, Finland, New Zealand, Norway, Singapore, Sweden, Switzerland, Netherlands, Luxembourg and Germany. The fact that five of the top six are led by women is probably just a coincidence.

Overall, the advances by the successful nations appear to have been cancelled out by the nations like Australia which went backwards. The global average remained unchanged for the tenth year in a row, at just 43 out of a possible 100 points. Transparency’s summary states that:

“Despite multiple commitments, 131 countries have made no significant progress against corruption in the last decade. Two-thirds of countries score below 50, indicating that they have serious corruption problems, while 27 countries are at their lowest score ever.”

This report from an influential global agency adds weight to increasingly urgent calls for an investigative commission with similar powers at the federal level to Victoria’s Independent Broad-based Anti-corruption Commission and the Independent Commission Against Corruption in NSW.

Australia should be able to do at least as well as Estonia.

Other stories by Alan Austin in A Sense of Place Magazine can be found here.