The Dirty Country: Crikey’s Blockbuster Series on Corruption in Australia. The Best of 2021. 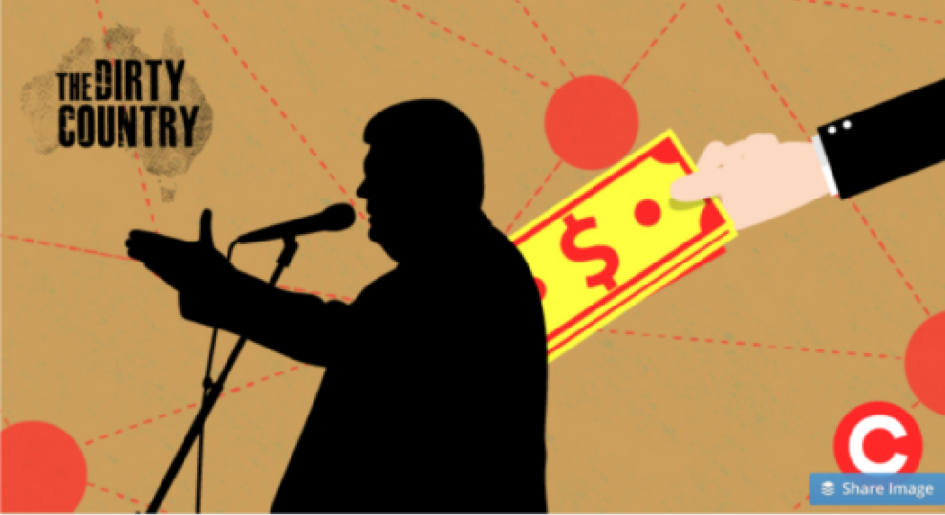 Leading independent Australian news site Crikey has just concluded a major series on corruption in Australia. The series comes at a time when every journalist in the country is baying for Prime Minister Scott Morrison’s blood, and the country is at a pivotal point in its history. Discontent with Morrison’s leadership has been brewing ever since he assumed office in an internal party coup in 2018.

The Crikey series can be accessed in full here.

Below is a small sampling from the series, which plays directly into the sense of crisis enveloping the Australian government.

Now, ridiculed by just about everybody, for the incumbent government leadership the times are increasingly perilous. Morrison’s enemies within and without want to see an end to his hapless leadership; and believe the time is ripe for change.

Senior journalist at Crikey Bernard Keane, author of The Mess We’re In, concludes the eight part series by saying: “Soft corruption is the cosmic background radiation to public life in Australia, ever present but never seen, the persistent static in a system skewed toward vested interests.

“But the inability, or unwillingness, of political decision-makers to see pervasive corruption has implications for how it is regulated. The utility of greater transparency — long held to be the key mechanism by which corruption can be fought — is limited if politicians, bureaucrats and regulators regard the perversion of processes and institutions as not something that should be hidden from sight, but a normal, healthy functioning of the system.

“Influence-wielding is mere ‘consultation’. Buying access is ‘the cost of supporting the democratic process’. Pork-barrelling is just ‘legitimate investment in the regions’. The revolving door is simply men and women using the skills they’ve acquired to help others navigate the democratic process.”

Corruption is on the rise in Australia.

Anti-bribery group TRACE has Australia at 12th, well adrift of New Zealand, on its bribery risk matrix. Australia is lower still on the Basel Institute of Governance anti-money laundering list.

The declines in Australia’s rankings are understandable given the litany of scandals in politics and business in recent years. In the corporate world, two of the big four banks have admitted breaching money-laundering laws, and the country’s largest and most influential gambling company is accused of money laundering and links with organised crime.

In the 10 years to 2020, the federal Labor and Liberal parties earned $230 million and $222 million respectively from all sources of income. Much of that is public funding provided after each election, based on the number of votes the parties’ candidates received. Some of it is borrowings from banks. Some of it returns on investments or from the sale of assets.

But most comes from contributions by donors — individuals, business and their lobby groups, and trade unions.

Despite the protestations of both parties and donors, political donations are directly linked to the desire to influence policy.

Australia is becoming a more secret place with greater restrictions on public access to information — allowing greater freedom for soft and hard corruption to flourish in politics and the bureaucracy.

Since 2017 Australia has slipped out of the top 20 countries in the world press freedom index and managed just 26th spot in 2020, behind a number of developing countries such as Jamaica and Namibia.

Not merely have we seen journalists subjected to high-profile raids, whistleblowers being prosecuted, the shameful and vexatious treatment of Witness K and Bernard Collaery, and laws dramatically curbing the capacity for intelligence whistleblowers to reveal misconduct, but long-established transparency laws have been degraded.

Pork-barrelling is the most costly form of soft corruption in Australia, totalling hundreds of millions of dollars a year in wasted taxpayer funds at the state and federal level.

And corruption it is: Transparency International defines political corruption as including “manipulation of policies, institutions and rules of procedure in the allocation of resources and financing by political decision makers.”.

Pork-barrelling involving the allocation of taxpayer funding away from outcomes in the public interest to partisan goals or to reward friends is merely a large-scale version of what is widely accepted as illegal if done on an individual basis.

federal political donations in Australia are anything but transparent. Any donation under $14,300 does not need to be reported to the Australian Electoral Commission. Given the relative paucity of money in Australian politics that is a very high effective threshold.

Unbelievably, multiple donations of $14,299 don’t need to be reported. One would struggle to find a less well-designed policy rule in modern Australian history.

This piece was originally published 26 March, 2021.

To read the full series The Dirty Country: Corruption in Australia go here: