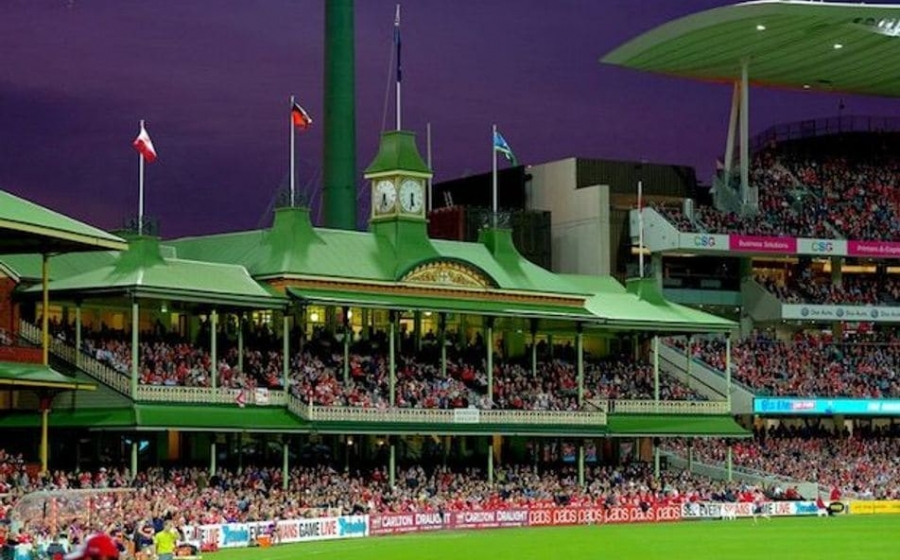 The Sydney cricket test has begun.  Virtually without a crowd.  Those there are all wearing masks, because they are compulsory in Sydney.  Covid summer madness has hit the Premier State, where a mere two Covid deaths have occurred since 1 September 2020.

The saga of the Sydney cricket test between Australia and India hovers between farce and Covid fascism.  The NSW Liberal-led Government’s handling of this fiasco has bordered on the incomprehensible.

With the Queensland Premier unilaterally threatening to ensure that Sydney didn’t get its traditional January cricket test as a result of Covid-inspired border closures, the Sydney Cricket Ground Trust, Events NSW, the State Government and Cricket Australia seemingly went to incredible lengths to secure the test for Sydney.  Both Melbourne and Brisbane were salivating over the opportunity provided by Covid summer madness down under to steal our test.

We had already bought tickets (2 x $150, definitely not cheap) before the Queensland threats of not letting the cricketers and assorted hangers-on across the border to play the fourth test, which follows the Sydney test.

Having seen off the Queensland threat, Sydney kept its test.  Alas, this was not to be the end of the saga, only the beginning.

With increasingly loud and gloomy warnings from the bedwetting class – the public health establishment, the NSW Opposition, academics and other Branch Covidian acolytes – and against a backdrop of a summer Covid “outbreak”, the NSW Government has caved in the face of a concerted campaign to reduce the Sydney test to farce.  The ultimate aim, of course, was to kill the test as a public event completely.  So far, that has been avoided.  But at significant cost, not least to the wafer-thin credibility of the NSW Government.

Then masks were mandated for patrons at the cricket except while seated.  Now, as cultural maskism runs riot across Greater Sydney, with masks mandated in shopping centres, shops, churches, supermarkets and on public transport, everyone has to wear a mask at the cricket all day.  That is, for seven hours.  In a cavernous, open air, near empty stadium.

In mid-summer.  Oh, and the Government pleaded with people to stay away from the cricket, especially country people who annually flock to the Sydney test in their tens of thousands.  All those who fought so very hard to keep the test in Sydney must be shaking their heads in disbelief.  Yet the Sydney media stays schtum.

Crowds at the SCG at the upcoming cricket tests will now be required to wear masks while seated, NSW Health Minister Brad Hazzard has confirmed.

“We were trying to not impose that requirement, because people are sitting there, and in some cases, for many, many hours,” he said.

“But the evidence that’s come off this morning from the Victorian situation is such that the public health officials were of the view we need to step it up to that higher level.”

The mask requirement comes after the MCG was listed as a coronavirus exposure site this morning after a positive case attended day two of the Boxing Day Test.”

Yes you read that right.  One “case” (that is, a positive PCR test, never the same as a “case”) attended one day of the socially-distanced Melbourne test.  I assume that readers are aware of the dimensions of the MCG.

This is from the same NSW Health Minister who championed the State’s new infanticide-on-demand legislation that was shamefully passed by the NSW Parliament a few months back.  Hazzard is one of most prominent baby killers of the baby-killing class of 2020.  And we will have euthanasia legislation coming to New South Wales very soon if recent mumblings are accurate.  Not all lives matter, then, in the Premier State.

Hazzard is a plodding careerist of little accomplishment with a Napoleon complex, like many health ministers across the Anglosphere.  He was first elected to parliament in 1991, thirty long years ago.  Notionally a liberal, but clearly not, Hazzard has goose-stepped the Covid stage this past year, almost salivating at the opportunity to impose yet more and more stringent measures to “eliminate” a virus of modest impact on very few of the State’s 7.544 million citizens.

Astonishingly, the man began his career as a science teacher. Any scientific instincts that he may once have had have clearly deserted him.  The science on lockdowns and other non-pharmaceutical interventions like masks shows that these things make little difference to the spread of a virus.  This science has been robust for at least four decades till Chinese pressuring of the World Health Organisation in February 2020.  NPIs are placebos that cause massive inconvenience to the healthy and serious harms across the whole of society.

A mere matter of days ago Hazzard opined that anyone worried about being forced (on pain of $200 spot fines) to wear masks should stay at home!  One report stated:

NSW Health Minister Brad Hazzard has urged anti-maskers to stay at home and not endanger lives if they refuse to cover their faces.

Anti-mask and vaccine protesters swarmed a shopping centre in Bondi Junction, in Sydney’s east, on Sunday holding signs and chanting ‘I would rather be a human than a slave’.

The anti-maskers mingled with other shoppers, who were wearing masks, and pushed wild claims such as ‘masks increase your risk of infection’.

‘I have noted that there have been some demonstrations in the last 24 hours indicating that some people don’t like the idea of a mask,’ Mr Hazzard said.

‘Well, if you don’t like the idea of a mask, then stay home or stay outside.

‘You don’t have to go into the shopping centres and put other people at danger.’

Do much better, Minister.  Over ninety-nine per cent of the population have nothing to fear from this overrated virus.  Why not make the bedwetters stay at home instead, Brad?

Earlier the Minister had claimed that:

“Certainly, in any local shopping centre, I would say about 98 per cent of people are already wearing masks.”

That is pure fabrication, as the Australian Broadcasting Commission reports:

However, the latest data from Transport NSW paints a different picture.

For the month of December, mask wearing was at about 30 per cent across the network.

In any case, it is irrelevant in terms of individual rights. The relatively high current rate of voluntary mask compliance in Sydney is also merely testimony to the success of the Covid State’s ceaseless, rabid fearmongering.

Equally astonishingly, Hazzard and his boss, the premier who slept with a crook for several years, are widely regarded as paragons of proportional Covid policy making in Australia.

This is so merely because the right-of-centre Murdoch press (especially) and other Liberal Party supporting institutions and actors wish at all costs to preserve the reputation of the NSW Government.  In this they have been assisted by nut-job policy making by the seriously deranged Daniel Andrews and other border-closing Labor premiers.  But the summer NSW madness shows that such comparisons/contrasts with even more draconian and alarmist jurisdictions are mere matters of degree rather than kind.

In a country of twenty-five million or so, where, in the first ten months of the year, over 116,000 people died of all causes.  I am still to hear of one positive test case actually being sick in the current Sydney “outbreak”.  The authorities never release THAT information.  (Australia is far more poorly served for data released on Covid than the UK, for example).

This is, of course, serious insanity on a grand scale.  First, we had Christmas cancelled for a whole sub-region of Sydney (the Northern Beaches) following a few positive PCR tests there.  We then had a woman fined … for attending her own wedding.  We had someone dobbing in an ex-prime minister for riding a bike.  And more breathless press conferences.  And endless data dumps with useless information sprayed across the Cumberland Plain.  Ramping up the fear, and scaring people back into their homes, to cower inside where (ironically) Covid germs are best spread.

Whatever explains the actions of Branch Covidian politicians and their camp followers – mad safetyism, misinformation, the lack of critical skills, statist ideology or whatever – the summer madness of New South Wales is stand-out, world class lunacy.

If ever an innovative decentralisation policy is to haves a chance of being effective, the State Government’s current “next level” Covidism is surely the best bet yet.  Sydneysiders are already fleeing the place, either on holidays or more permanently to live and work away from a metropolis rapidly turning into a deserted dump which few workers (or anyone else) wish to visit.

At least we didn’t have a black lives matter fist lighting up the sky over the Harbour Bridge on NYE.  Small mercies and all that.

Conveniently, the NSW Premier is away on a week’s leave.

Oh, and as I write this, I am observing an almost empty and totally soulless Sydney Cricket Ground, early on Day One.

A collection of Paul Collits writing can be found here.