Hidden Hand: Exposing How the Chinese Communist Party is Reshaping the World. The Best of 2021. 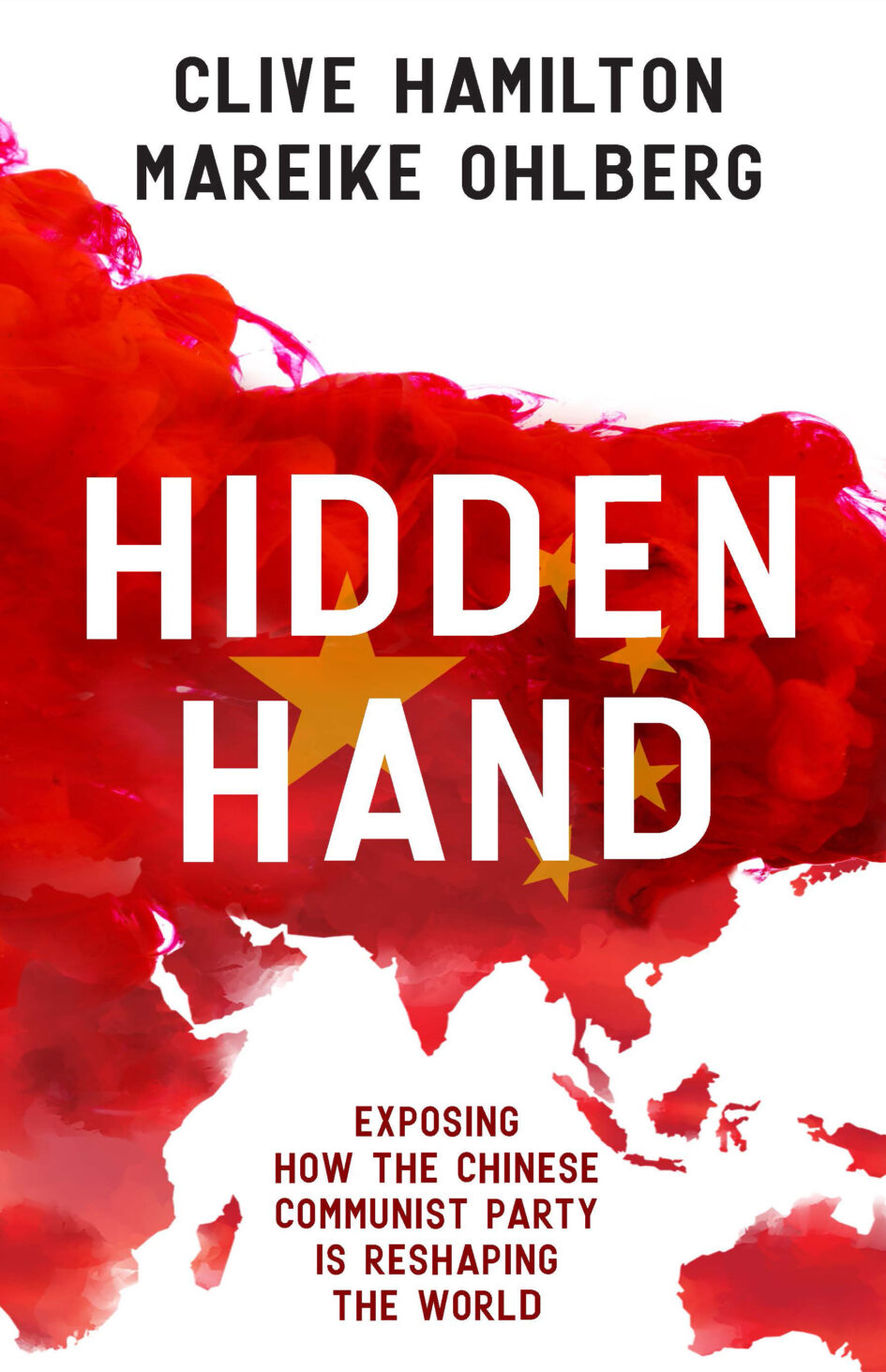 The comforting belief that democratic freedoms have history on their side and will eventually prevail everywhere has always been tinged with wishful thinking.

World events of the past two or three decades have shown that we can no longer take these things for granted. Universal human rights, democratic practice and the rule of law have powerful enemies, and China under the Chinese Communist Party is arguably the most formidable. The Party’s program of influence and interference is well planned and bold, and backed by enormous economic resources and technological power.

The wide-ranging campaign of subverting institutions in Western countries and winning over their elites has advanced much further than Party leaders might have hoped. Democratic institutions and the global order built after the Second World War have proven to be more fragile than imagined, and are vulnerable to the new weapons of political warfare now deployed against them.

The Chinese Communist Party is exploiting the weaknesses of democratic systems in order to undermine them, and while many in the West remain reluctant to acknowledge this, democracies urgently need to become more resilient if they are to survive.

The threat posed by the CCP affects the right of all to live without fear. Many Chinese people living in the West, along with Tibetans, Uyghurs, Falun Gong practitioners and Hong Kong democracy activists, are at the forefront of the CCP’s repression and live in a constant state of fear.

Governments, academic institutions and business executives are afraid of financial retaliation should they incur Beijing’s wrath. This fear is contagious and toxic. It must not be normalised as the price nations have to pay for prosperity.

Every Western democracy is affected. As Beijing is emboldened by the feebleness of resistance, its tactics of coercion and intimidation are being used against an increasingly broad spectrum of people. Even for those who do not feel the heavy hand of the CCP directly, the world is changing, as Beijing’s authoritarian norms are exported around the globe.

When publishers, filmmakers and theatre managers decide to censor opinions that might ‘hurt the feelings of the Chinese people’, free speech is denied. A simple tweet that upsets Beijing can cost someone their job.

When university leaders pressure academics to temper their criticisms of the CCP, or ban the Dalai Lama from their campuses, academic freedom is eroded. When Buddhist organisations pledge their loyalty to Xi Jinping, and spies are placed in church congregations, religious freedom is under threat.

With Beijing’s growing system of surveillance, including cyber intrusions and filming citizens attending lawful protests, personal privacy is violated. Democracy itself is assailed when CCP linked organisations and Party proxies corrupt political representatives, and when Beijing co-opts powerful business lobbies to do its work.

But it’s important to keep in mind that the CCP’s enterprise is geared towards reordering the entire world, and that while the form varies, the experience of the West is very similar to that of countries around the globe.

It’s hard to think of any nation that has not been extensively targeted, from Samoa to Ecuador, from the Maldives to Botswana. CCP influence in the global South is in urgent need of detailed study and exposure, but is outside the scope of Hidden Hand.

It is disturbing to find so many people in the West falling for this ruse and labelling critics of CCP policies racist or Sinophobic. In so doing they are not defending Chinese people, but silencing or marginalising the voices of those Chinese opposed to the CCP, and the ethnic minorities who are persecuted by it. At worst, they are agents of influence for the Party. In this book, then, we draw a sharp distinction between the Chinese Communist Party and the Chinese people.

When we use the word ‘China’ we do so as shorthand for the political entity ruled by the CCP, in the same way that one might say, for example, that ‘Canada’ voted in favour of a resolution at the United Nations.

Conflating the Party, the nation and the people leads to all kinds of misunderstanding, which is just what the CCP wants. One consequence is that overseas Chinese communities have come to be regarded by some as the enemy, when in fact many are the foremost victims of the CCP, as we shall see. They are among the best informed about the Party’s activities abroad and some want to be engaged in dealing with the problem.

The distinction between the Party and the people is also vital to understanding that the contest between China and the West is not a ‘clash of civilisations’, as has been claimed. We face not some Confucian ‘other’, but an authoritarian regime, a Leninist political party replete with a central committee, a politburo and a general secretary backed by enormous economic, technological and military resources.

The real clash is between the CCP’s repressive values and practices, and the freedoms enshrined in the UN’s Universal Declaration of Human Rights: the freedom of speech, assembly, religion and belief; freedom from persecution; the right to personal privacy; and equal protection under the law. The CCP rejects each of these, in words or in deeds. People who live in close proximity to China understand this much better than do most in the West.

It is this understanding that has fuelled the recent protests in Hong Kong, and led to the re-election in January 2020 of Taiwan’s President Tsai Ing-wen. In a landslide vote, the people of Taiwan used the ballot box to say no to the CCP.

Some on the left, despite their history of defending the oppressed, find reasons to blind themselves to the nature of China’s government under Xi Jinping. They have forgotten how totalitarianism can overpower human rights. Even so, anxiety about the CCP’s activities crosses political boundaries, not least within the US Congress where Democrats and Republicans have formed an alliance to challenge Beijing.

The same applies in Europe.

Despite their other disagreements, people from the left and the right can agree that China under the CCP is a grave threat not only to human rights, but to national sovereignty.

The reasons why so many people in the West downplay or deny the threat posed by the CCP is a theme of Hidden Hand. One reason is of course financial interest. As Upton Sinclair put it, ‘It is difficult to get a man to understand something when his salary depends on his not understanding it.’

Another reason, especially in the case of some on the left, is ‘whataboutism’. China may be doing some unpleasant things, goes this argument, but what about the United States? The tactic is more effective with Donald Trump in the White House, but whatever criticisms one might have of the US and its foreign policy, both historically and today—and we are strong critics—they do not in any way diminish or excuse the extreme violation of human rights and suppression of liberties by the CCP regime.

And for all its faults, the United States, like other democracies around the world, continues to have an effective opposition; elections that change the government; courts that are largely independent of the state; a media that is diverse, unconstrained and often highly critical of the government; and a thriving civil society that can organise against injustices. China under the CCP has none of these.

The autocratic tendencies of some politicians in Western democracies are indeed worrying, but they are restrained by the system in which they operate. Very little restrains Xi Jinping’s autocratic impulses—even less now that he and his allies have dismantled the political accord set up by the Party to prevent the rise of another supreme leader like Mao Zedong. So while there’s much that is wrong in the West and democracies in general, the political model offered by the CCP is not the answer.

Ignorance explains some of the difficulty the West is having in coming to grips with the threat of the CCP, as does the fact that it has not previously had to contend with such an adversary. During the Cold War, no Western country had a deep economic relationship with the Soviet Union.

Conscious of the economic and strategic importance of China, many nations are trying to get smarter about the country at the very time Beijing is pouring money into helping us ‘better understand China’. Receiving information straight from the horse’s mouth might seem a sensible route, but, as we will show, this is a bad mistake.

This is an edited extract from Hidden Hand: Exposing How The Chinese Communist Party Is Reshaping The World by Clive Hamilton and Mareike Ohlberg (Hardie Grant Books), published on 16 June.

Clive Hamilton is an Australian academic and author. His book on China’s influence operations in Australia, Silent Invasion, was a national bestseller that propelled him to the centre of the China debate at home and abroad. His articles have appeared in the Guardian, New York Times, Foreign Affairs and THES.

Mareike Ohlberg is a senior fellow in the Asia Program of the German Marshall Fund. She previously worked at the Mercator Institute for China Studies, where she co-authored the landmark report ‘Authoritarian Advance: Responding to China’s Growing Political Influence in Europe’. Her articles have been published in the New York Times, Foreign Affairs and Neue Zurcher Zeitung.