Fundamental Rights in the Age of Covid: The Best Of Our Archives. 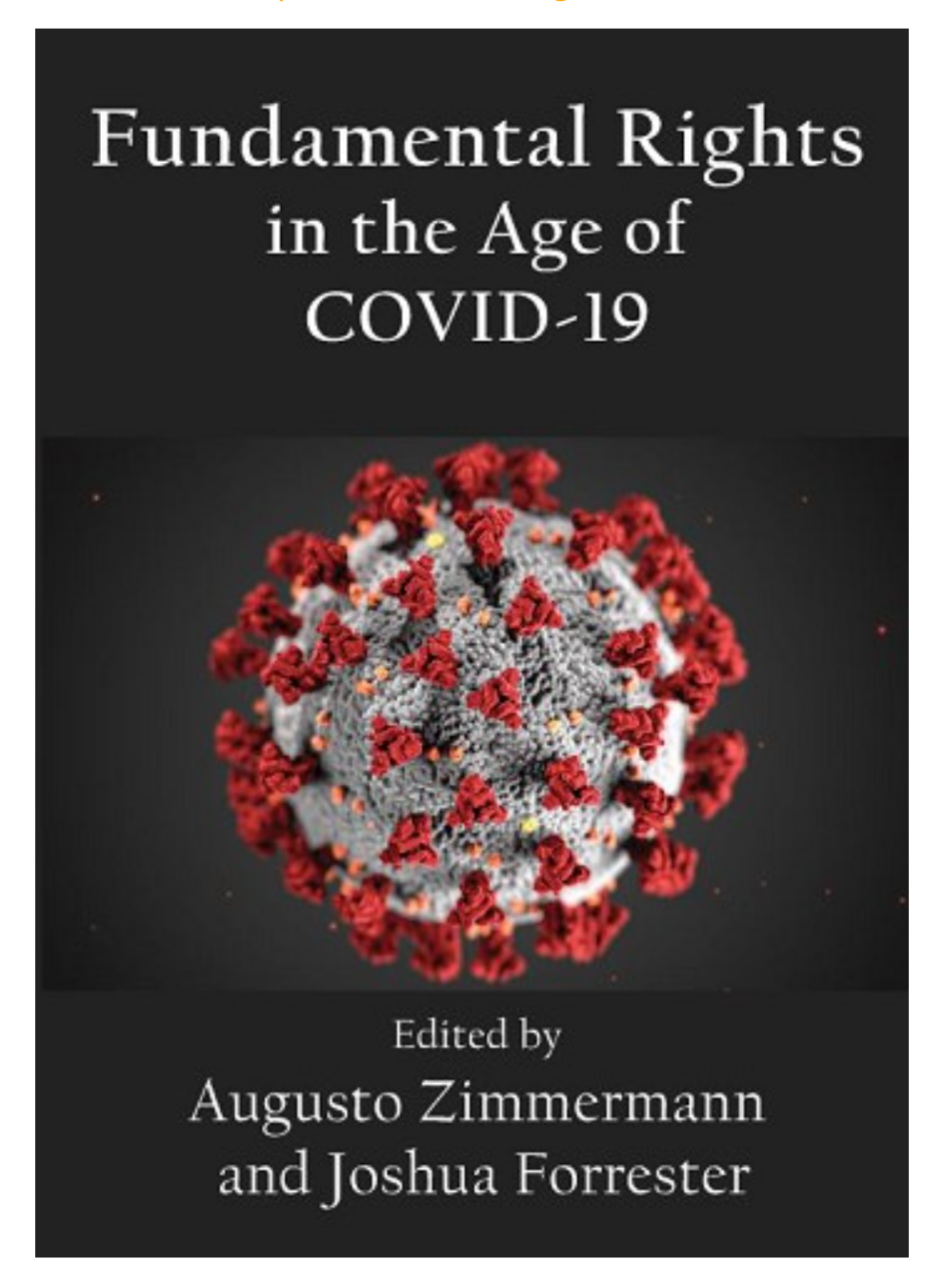 I am delighted to announce the publication of ‘Fundamental Rights in the Age of Covid-19’.

Joshua Forrester and myself gathered an impressive list of contributors to address these government measures. We worked in partnership with Connor Court to produce this special edition of our law journal as a book.

Our law journal, The Western Australian Jurist, is a leading publication dedicated to exploring legal and political philosophy.

As for our contributors, the list includes eminent legal academics such as Dr Rex Ahdar, who is professor of law at the University of Otago.

In ‘Reflecting Upon the Costs of Lockdown’, he explores the serious costs of government actions.

James Allan, the Garrick Professor of Law at the University of Queensland, is another contributor.

In ‘Politicians, the Press and Skin in the Game’, he explains how the Australian government mishandled its response to the coronavirus, significantly infringing civil liberties and dramatically expanding the government’s role with no palatable route out of this situation.

Morgan Begg is a research fellow with the Institute of Public Affairs (“IPA”). In ‘An Analysis of Victoria’s Public Health Emergency Laws’, he critically analyses Victoria’s public health emergency laws.

He exposes serious structural flaws in the current legislation, which has failed to achieve a desirable balance between protecting public health and maintaining the freedoms of Victorians.

David Flint AM is Emeritus Professor of Law and one of the nation’s leading legal-political commentators.

In ‘Only the Australian People Can Clean Up the Mess’, Flint argues that the Australian government’s response to the coronavirus was based on an overreaction that failed to pay due regard to the best available evidence.

There was no guarantee of minimal restrictions on the exercise of fundamental rights. To the contrary, according to him the response of Australia’s political authorities has been disastrous, proving costly to millions of Australians.

Professor Anthony Gray is law professor and a former Director of the Queensland Law Society.

Gray authoritatively explains that Western Australia’s border restrictions are constitutionally invalid because they are neither proportionate to a legitimate objective nor reasonably necessary.

In their joint article, ‘Blurred Lines Between Freedom of Religion and Protection of Public Health in Covid-19 Era’, they analyze the
impact of government measures in Italy and Poland, particularly in light of the right to religious gatherings in situations of health emergency.

Their analysis offer an instructive lesson with regards to adequacy and proportionality of measures aimed at fighting the coronavirus.

In ‘The Dictatorship of the Health Bureaucracy: Governments Must Stop Telling Us What Is For Our Own Good’, Loiacono explains the manner in which bureaucrats have used Covid-19 to undermine our fundamental rights with the stroke of a pen.

As Dr Loiacono points out, recent events have revealed the potential for health officials to enact oppressive policies that exert unreasonable
control over our lives.

Gabriël A Moens is the celebrated Emeritus Professor of law at the University of Queensland.

In ‘The Role of the State in the Protection of Public Health’, Moens critically describes the manifold restrictions imposed on people to allegedly combat the virus. He characterises such restrictions as deeply paternalistic, having not only a deleterious effect on fundamental rights of the citizens but also unintended consequences for the protection of their own health.

Bill Muehlenberg is one of the nation’s finest Christian intellectuals.

In ‘Corona, Culture, Caesar and Christ’, Muehlenberg argues that government overreactions to Covid-19 have led to all the tiers of government expanding much too far and beyond the limits of reasonableness.

He examines various issues concerning the Covid-19 crisis, including whether the doctrine of “just revolution” is warranted should government overreach become too onerous.

Doctor Monika Nagel is a psychiatrist whose successful PhD research addresses the impact of organisational culture on an organisation’s performance.

In her article ‘The Age of Covid-19: Protecting Rights Matter’, Nagel notes the decline of moral values along with the rise of identity politics, arguing that the present focus on so-called “human rights” should shift towards an effective mechanism of constitutional protection to the more authentic, fundamental rights of the individual.

Dr Johnny M Sakr is an admitted lawyer of the Supreme Court of New South Wales.

In ‘Molinism, Covid-19 and Human Responsibility’, explains how Molinism, a concept coined after Roman Catholic Jesuit Luis de Molina, not only provides a reconciliation between God’s sovereignty and human freedom, but also promotes human efforts to prevent epidemics, cope with them, and change our ways of life to lower their impact.

Steven Alan Samson is a retired professor of government and former Department Chairman with the Helms School of Government at Liberty University, United States.

In ‘Interposition: Magistrates as Shields Against Tyranny’, he examines a number of historical, political and religious examples to conclude that freedoms have emerged from the contest of powerful stakeholders, including those who interpose, that is, use their legitimate authority to shield others against the tyrannical exercise of power by others.

William Wagner is the Distinguished Professor Emeritus of constitutional law at Western Michigan University, United States. His public service includes serving as a U.S. Federal Judge, legal counsel in the U.S. Senate, senior assistant to the federal Attorney-General in the U.S. Department of Justice.

In ‘Destroying Liberty: Government By Decree’, he argues that some State governments have seen Covid-19 as an opportunity to arbitrarily expand powers and ignore constitutional constraints, autocratically issuing edicts that violate our fundamental freedoms and undermine the rule of law.

There is also my own academic contribution.

In ‘The Virus of Governmental Oppression: How the Australian Ruling Elites are jeopardising both Democracy and our Health’, I explain how some of the measures to fight the coronavirus are arbitrary and ultimately unconstitutional.

The list of articles is completed with a review by Lorraine Finlay of Gabriël Moens’s A Twisted Choice.

The novel investigates the origins of the pandemic and weaves a tapestry of intrigue with the threads of many factual events happening around the globe.

Fundamental Rights in the Age of Covid is an incredibly important book. It is destined to become a major reference on the subject. And since it is rightly said that the price of freedom is eternal vigilance, surely we have now to be more vigilant than ever.

This is why it gives me an enormous satisfaction to announce this seminal book which I am sure that you will appreciate the read.

If you think Amazon have already made enough money out of Covid, you can buy direct from the publisher by clicking the cover image below.