The Illiberalism of Pro-Vaxxer “Liberals” 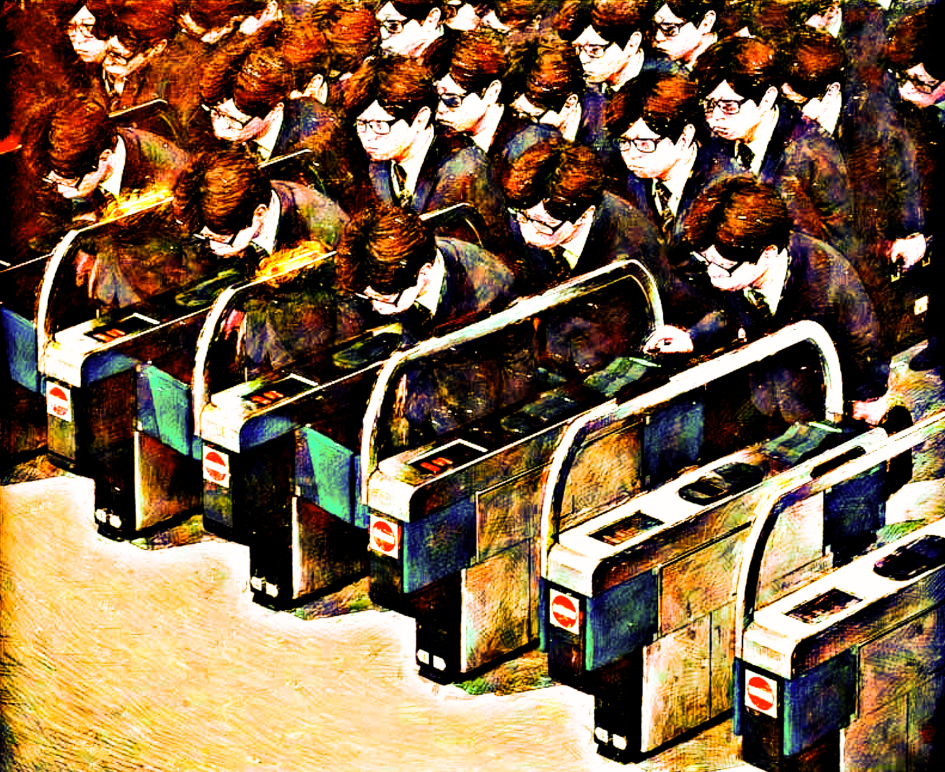 One of the less noticed aspects of the Year of Living Covidly has been the birth of strange new alliances and unexpected political fissures to which lockdown policies and lockdown scepticism have given rise.  We now have some very strange ideological bedfellows, indeed.

Who would have expected, for example, that one of (classically) liberal inclinations might find himself cheering on Piers Corbyn at demonstrations or avidly reading the articles from Left Lockdown Sceptics?  Or find oneself gloomily disavowing the views on lockdowns of hitherto stars like Melanie Phillips.  Or indeed observe that Boris Johnson and other right-of-centre Covid militia men had so quickly become figures of hatred by right wingers.  Real, unadulterated hatred.

While implementation of lockdown policies might have been expected to have been executed mostly by naturally inclined totalitarians of the left, in fact the outcome has been very different.  So-called conservative governments the world over, certainly in Australia, have fallen for the urge to force onto quaking populations all manner of non-proportional, ineffective, poorly thought-through, panicked policies that have ruptured our freedoms, perhaps permanently.

The exception has been the USA, where red meat conservative governors have actually rejected the hysteria of the pandemic brigade and have called halt on the illiberal policies said to have been demanded by the spread of the Chinese Communist Party (CCP) virus.

That someone of such sound and rational Covid views as James Delingpole could be pilloried as some kind of mad uncle by his former friends on the right is deeply worrying.  It is worrying especially because the attacks on our basic rights have been so brutal, so quickly bedded in, and so supinely accepted by most of the people, including the so-called intelligentsia.  And because so few, certainly in Australia, have spoken out boldly and consistently against the consensus narrative, whether in politics or in the media.

Two of the absolute heroes of principled anti-lockdownism have been Lord Jonathan Sumption in the United Kingdom and Adam Creighton in Australia.  Their public stands have been intellectually powerful, evidence-based and courageous in the face of low information social media hit squads.

How very disappointing, then, to find that these warriors have abandoned their liberalism in relation to on vaccines.  Each thinks that a little vaccine conformism may be a reasonable price to pay for getting our freedom from lockdowns.  Their stand on vaccines is an epic freedom-fail, an astonishing abandonment of liberal principles.  Alas, they are not alone.  A number of libertarians in the USA, including no less than the Libertarian Party, think that vaccine passports – generally called by some less fearful, more benign, even cute-tech sounding name – are absolutely fine, freedom-wise.

Ostensibly, the passports are designed to allow individuals to partake in everyday commerce and “life” with freedom.

This is an utterly superficial reading of vaccine mandates.

The stand of pro-vaxxer liberals is essentially utilitarian, and no less awful because of this.  Give up one freedom – the right to refuse to have a vaccine – in order to preserve another – the right to move about freely, congregate, and live normally.  Sadly, the UK and the world generally is crawling with people who just want the jab so they can go on a holiday.  Frighteningly, there are few eyes on the bigger picture here.

Pro-vaxxer liberalism is also heroically optimistic, if they think that vaccines and vaccine passports will actually persuade governments to ease off on lockdowns.  They will not, and many politicians and public health tsars have said as much.

The thinking of the pro-vaxxer “liberals” is both confused and naïve.  Adam Creighton almost casually acknowledges the problems with Covid vaccines.  They don’t work if the object is to stop the spread.  They merely help reduce the symptoms, just like existing drugs, the ones we aren’t allowed to mention.

They are not even “vaccines”, if the truth be known, but rather prophylactic medicines.  They are experimental.  They have caused people to die – including death from Covid!  They are still “experimental”.  They have led to UK accident and emergency departments being overrun with people complaining of side effects.  The extent of this has been hidden.  The companies that have manufactured them are protected from being sued.  (Anyone smell a rat there?  It is a bit like the disclaimers about climate change and rising sea levels).  They use aborted foetuses in either their testing or their production, or both.  Anyone remotely pro-life should be running a mile from them.

Governments have, in some cases, halted their distribution, such is the medical uncertainty that surrounds them.

The Chinese health gauleiter has basically admitted Covid vaccines don’t work.  They are a giant placebo, a drug simply not needed by most of the people for whom, as Roger Kimball has noted, the most common symptom is “feeling fine”.

The “not needed” include those who will never get Covid because of existing immunity, those who will falsely test positive, those who get it but don’t get sick, and the young and the healthy who need not remotely fear death from Covid.  This group totals around 99 per cent of the population!

Let’s face it.  This is all a con job, designed solely to dig politicians out of their great Covid hole.  Why would anyone wish to collaborate with a con?  To give the exercise even a smidgeon of respectability?  The farcical rollout problems are merely a distraction from the lies and nonsense at the heart of the policy.  Illiberal AND stupid.  Nowhere near passing the smell test.

Then there are the vaccine mandates, the “passports”.  Not just for international travel, but for a pint at the local.  In Germany, already, you have to have had a negative test to go to certain retail shops.  Substitute “vaccine” for “test” – they amount to the same thing, really – and you have embedded totalitarianism in every village, town and city in the nation.  They have been termed, not unreasonably, “vaccine apartheid”.  They disproportionately target the poor.

They force people to risk getting sick in order to avoid a virus that probably will not make them sick.  They will cause anxiety for those who suffer allergies to all manner of drugs.  They force people to divulge private medical information.  There is absolutely no guarantee they will not be used permanently, widely and creepily.  They are driven by technologies that can be used by the state and by corporations for surveillance.  A first cousin of the Chinese Communist Party’s infamous social credit regime.  They discriminate against pro-life people of conscience.  Vaccine mandates are evil and they crush freedom.  I am astonished that liberals don’t get this.  The libertarian American Institute for Economic Research, the very home of the Greater Barrington Declaration, has juxtaposed vaccine passports with “freedom itself”.

Governments are delighting in having third parties doing the implementation of this nasty policy.  That should tell us plenty.  And aren’t they all quiet about its introduction.  Then there are the euphemisms, noted above.

The pro-vaxxer “liberals” also often equate the opposition to compulsory vaccines as being only about risk and fear.  Hilariously, this has been referred to as “reckless caution”, surely the phrase of the year.  The fear of side effects is utterly reasonable, despite the irrelevant claims of pro-vaxxers that the risks posed by vaccines are slight.  But fear of the side effects of the Covid vaccine is by no means the only reason for wishing not to be forced to submit to them.

All power to those of courage and clear, liberal thinking – like Craig Kelly – who recognise and highlight publicly the fact that the reasons we should oppose compulsory vaccines are precisely the reasons we opposed lockdowns.  Liberals should not be muddying the waters, or abandoning their commitment to real freedom.  To think that imposing vaccines on people somehow equates with enhancing their freedom is, not to put too fine a point on it, quite crazy.  Indeed, it is diabolical.

CS Lewis said, “Of all tyrannies, a tyranny sincerely exercised for the good of its victims may be the most oppressive. It would be better to live under robber barons than under omnipotent moral busybodies.”  We shouldn’t ever forget this.  With vaccine mandates, the direction of travel can only be towards digital totalitarianism.  The accepted vaccine narrative is merely one element of Covid fascism.

Memo to all liberals.  Freedoms are not for trading.  Even if – especially if – the threats look to some like minor infractions.  God help us all when the American Civil Liberties Union can see threats to freedom that some liberals cannot.  Like I said.  The Year of Strange Bedfellows.