The Great Artesian Basin, the Forests, Premier Gladys Berejiklian: Is Nothing Safe from the NSW Nationals? 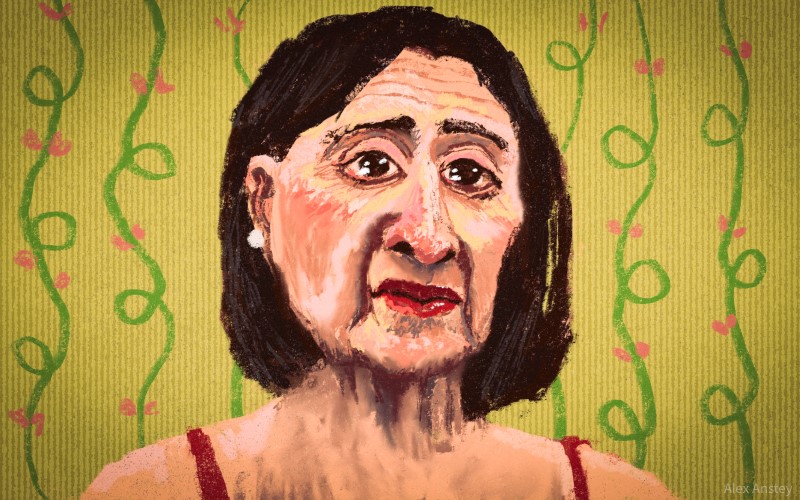 The power of the Nationals in NSW government poses a serious risk to the state’s environmental health. From fracking the Pillaga and pushing for coal mining on the fertile soil of the Liverpool Plains, to using the state’s remaining forests for a dirty power plant dressed up as ‘renewable’ energy, Deputy Premier John Barilaro’s fingerprints are on every policy. Suzanne Arnold reports.

Just weeks ago, academics reported that 19 major ecosystems that sustain life are collapsing across the continent, posing an existential threat to our survival. Regions critical for growing food are affected, including the Murray-Darling Basin, whose rivers and freshwater systems support more than 30% of Australia’s food production.

Given the key role that NSW’s Pillaga Forest plays in recharging the Great Artesian Basin, the largest and deepest artesian basin in the world, the destruction about to occur in the Pillaga should be of national concern. This natural wonder provides essential freshwater to rural Australian communities and a vast network of ecosystems.

Covering about 500,000 hectares, the Pillaga is the largest remaining cohesive block of temperate forest and woodland in eastern Australia. It is also recognised as one of the most important areas of biodiversity in eastern Australia, providing habitat to about 300 native species and more than 900 plant species.

But it is not going to stay pristine for long. In a $3.6 billion plan, Santos is seeking to drill up to 850 natural gas wells on about 450 sites over the 95,000 hectare project area. Coal seams are often linked to underground aquifers and gas extraction risks poisoning the entire water source as well as the innumerable ecosystems that rely on them.

The Berejiklian government has enthusiastically supported the project, claiming it is “critical for energy security and that it had limited environmental impacts”.

The NSW Independent Planning Commission gave conditional approval last September, with Federal Minister for the Environment Sussan Ley signing off on the project in November.

NSW’s Planning Department has identified that some 840,000 tonnes of salt residue will result from the desalination technologies used to treat the Santos coal seam gas water. However, there’s no indication where these residues will be released or stored.

Santos isn’t the only threat to the Pilliga. The Inland Rail project section from Narromine to Narrabri will pass through 50 kilometres of the Pilliga. Community groups have lodged a number of submissions to the Environmental Impact Study objecting to the route, arguing that the route threatens the viability of the forest.

North West Protection Advocacy’s submission notes that not only is Pilliga a significant carbon bank but an estimated 37.5 billion litres of water will be taken from the Basin over the life of the rail project.

Birdlife Australia also identifies the Pilliga as a globally significant Bird Area. The Commonwealth Government identified it as one of only 15 National Biodiversity Hotspots.

Another critically important region at considerable risk is the Liverpool plains, a major food bowl for the state.

In 2016, Premier Baird announced that the Liverpool Plains would be protected from coal mining because the area:

“provides some of the most productive and valuable farming land in Australia… coal mining under these highly fertile black soil plains poses too great a risk for the future of this food-bowl and the underground water sources that support it.”

Despite this, the Chinese state owned Shenhua Energy is proposing a 10 million tonne coal mine, fiercely opposed by farmers and community activists.  The area of prime agricultural land has an annual production worth more than $2 billion.

According to Lock the Gate Alliance spokesman Phil Laird, only the full cancellation of the project will protect the farming systems.

“This coal mine is going to be 200 metres deep and it’s going to cut below the ridge line way below the level of the farm land and the aquifers. The impact to those aquifers is unknown and the entire region depends on those aquifers for survival.”

In January 2021, Deputy Premier John Barilaro announced Shenhua had been given a $200 million extension of a NSW Government lease payment for their Watermark mine.

“They’ve got the mining lease, they should get on with it,” Barilaro said.

More recently a mining expansion proposal was put forward by South32. The corporation was seeking to expand the Dendrobium coal mine at Kembla Heights by extracting an additional 78 million tonnes with an extension to the mine’s life until 2048. The Independent Planning Commission knocked back the proposal on the grounds that the expansion was a high risk to greater Sydney’s water catchment.

Nevertheless, Deputy Premier Barilaro has announced he would work to “find a way forward” for the mine expansion, indicating he will seek legal advice to overturn the Commission’s decision.

Not content with approving ongoing industrial logging in state forests recovering from the catastrophic bushfires, in 2020, Barilaro as Minister for Regional NSW signed off on a $32 billion investment in “renewable energy”.

The government plans to “cut red tape” to speed up approvals for transmission structure in renewable energy zones.

The renewable energy plan involves rebooting the mothballed Redbank Power Station to be fed with north-east forests which will, according to conservation organisations, create Australia’s most polluting power station.

The 2017 North Coast Residues Report indicates one million tonnes of biomass will need to be taken from these forests and plantations each year with 60% coming from private forests.

Dr Timothy Cadman, who has spent considerable effort campaigning to stop the NSW Forestry Corporation logging the environmentally priceless Kalang headwaters, is extremely concerned about the plan to use biomass for renewable energy.

“There are different definitions of residues. It’s a catch-all term for anything that isn’t a saw log. Existing forests are being re-classified. Some old plantations and abandoned farm land have reverted back to natural forest, particularly on the mid-north coast.

“These forests are now being targeted for bio energy.

“The Forestry Corporation plans to eradicate all this native vegetation, including stumps, drastically simplifying the entire ecosystem base and thereby condemning the country to perpetual fire. The more you simplify forests, the more they burn.

“Forest residues, coal and gas are all going into the grid under the guise of being smart about renewable energy.”

The environmental cost of these decisions must be evaluated. The national balance sheet needs to reflect a value for natural resources and life dependent ecosystems.

Sue Arnold is a former Fairfax investigative journalist. Her speciality is environmental issues and she is a regular contributor to Australian and international publications. Sue heads up Australians for Animals Inc., a 32-year-old wildlife charity and is Founder and CEO of the California Gray Whale Coalition based in San Francisco. Sue has regularly lobbied on environmental issues at the European Parliament, US Congress and Senate, California Senate and Assembly, and NSW, Queensland, Victorian and Federal Parliaments.