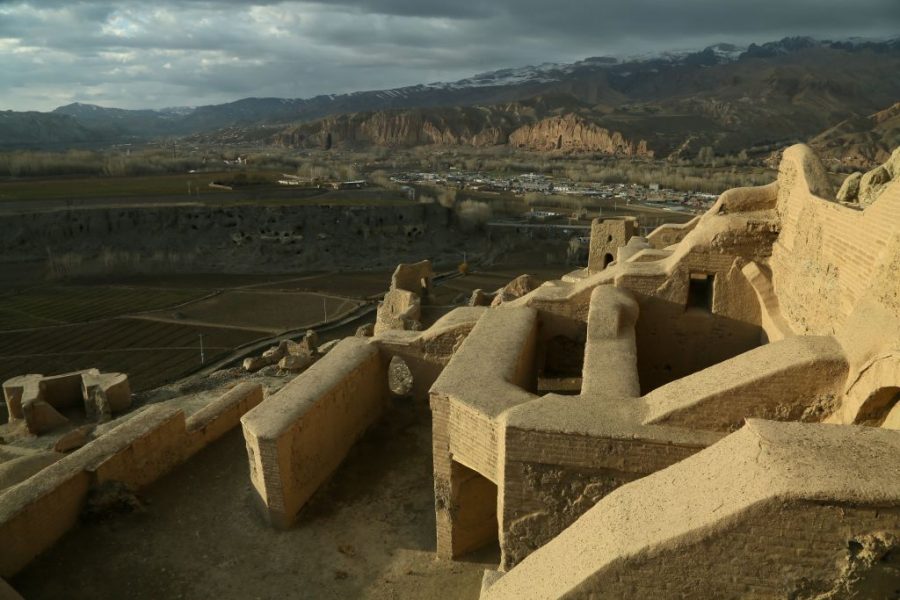 In 2009, as I gazed at the gaping hillside holes in Bamiyan where once two imposing Buddha statues had stood as silent sentinels for more than 1,500 years, two emotions were dominant. The first was the internalisation of the northern limits of India’s borders in the ebb and flow of history. The second was sadness at the cultural vandalism of religious fanatics, little knowing that 11 years later, the UK and US would themselves be consumed with the destruction of statues honouring historical figures based on a Manichean reinterpretation of the past through the prism of current faddish morality.

Back in Kabul, I climbed a hilltop in the mountains around the capital and stood beside the burnt-out shell of a destroyed Soviet military vehicle, wondering: how long before the US gives it up as yet another lost cause?

Now we have the answer: on the 20th anniversary of 9/11. Another great power afflicted with hubris comes to grief in the graveyard of empires. The US will complete an inglorious withdrawal and the exodus of its allies will be all exit and no strategy.

One hundred thousand American troops at an annual cost of US$100 billion, backed by European and Australasian allies, failed to defeat 20,000–25,000 Taliban who fight for no pay, but rather a cause. Occupation proved more challenging than invasion and nation-building proved a chimera. After 20 years of Western blood and treasure, no one seriously expects the Afghan government and army to be fit for purpose against the Taliban.

Western commentary has been full of such factors as the lack of a reliable local partner; the corruption, incompetence and violence of security forces; the ethnonational divisions; and the lack of connection to local tribal and religious leaders. I’d like to focus instead on three big mistakes: waging a war against Iraq, disassociating Afghanistan from its region, and imposing the wrong political system.

The debilitating distraction of the Iraq war sucked resources and legitimacy out of Afghanistan. The British ambassador to Italy, Sir Ivor Roberts, memorably said in 2004 that with the invasion of Iraq, President George W. Bush became al-Qaeda’s ‘best recruiting sergeant’. It allowed many of the real culprits behind 9/11 to get away as, with the policy focus on Saddam Hussein, Osama bin Laden in effect became Osama bin Forgotten. Islamist radicals, dispirited in 2002 after the swift rout of the Afghan Taliban, regained exuberance as the US got bogged down in Iraq. The ‘real’ US was ‘exposed’ as the global enemy of Islam bent on stealing Arab oil.

The site of the terrorist attacks on New York became known as Ground Zero. But 2001 was not Year Zero for Afghanistan. Much of post-2001 Western policy towards Afghanistan has airbrushed the country’s history and also detached it from geography. Yet, historically, Afghanistan’s destiny has often been determined by its geography.

Western powers lost interest in Afghanistan after the Soviet withdrawal and abandoned it to the tender mercies of the Taliban who had been closely nurtured by the Pakistani security establishment. The anti-Taliban Northern Alliance was sustained by Russia, Iran and India. Several members of the government, including President Hamid Karzai, had deep Indian connections. When the US-led Western powers returned to Afghanistan with a vengeance after 9/11, India and Iran were frozen out.

Yet, India is linked to Afghanistan by geography, history, culture and commercial and strategic interests that give depth and texture to bilateral relations. Compared to fleeting and peripatetic Western interest, India’s enduring interests include checking the Taliban; eradicating Islamist extremism; strengthening the institutions, capacity and stability of the state; developing Afghanistan as a trade and transit corridor to Central Asia and Iran, especially for energy; and precluding the re-emergence of Afghanistan as a base for launching terrorist attacks on India.

Alexander and the Mughals came to the subcontinent through Afghanistan. The spectacular Hindu Kush mountains between northern Pakistan and central Afghanistan have three different interpretations for their name: the mountains of India (‘hind’ being the land of the Hindus), from a Central Asian perspective; the boundary of India, from an Indian perspective; and the killing fields for the slaughter of the Hindus, from a Persian perspective. Afghanistan was also the site of the north–south axis of the fabled Silk Road and the geographical crossroads for the spread of Buddhism from India to China.

While Indo–US collaboration on Afghanistan could have been rooted in a stable conjunction of interests between US hard power and Indian soft power, the US–Pakistan partnership was based on a transactional relationship on both sides.

Pakistan’s ability to influence and control the Afghan space has two priceless advantages. It gives Islamabad strategic depth with respect to locating training camps for India-specific insurgents and terrorists beyond the reach of the Indian military and it avoids the security nightmare of hostile neighbours on two fronts and a pincer movement in which Pakistan could be entrapped. The tensions and frustrations that periodically boiled over in US–Pakistan relations were the logical culmination of hunting with the hounds while running with the hares.

India is relevant also for the third mistake. Of all the countries in the region around Afghanistan in every direction, India should have been the most attractive model to replicate in crafting political institutions, with suitable adaptation for Afghanistan’s unique features. India’s exceptional stability in the entire developing world is explained by a trio of imperfect but robust and resilient core institutions: parliamentary democracy, federalism and secularism.

In a deeply segmented and war-torn society with powerful strongmen, a presidential form of government typically produces one winner but leaves many disgruntled and powerful losers as spoilers. In societies riven by deep social and political cleavages, parliamentary democracy is the more stable.

Parliamentary regimes have built-in mechanisms for power-sharing in such circumstances (for example, through coalition governments) and place a higher premium on the political skills of bargaining and consensus building.

To be sure, neither the three factors together, nor any one of them separately, guaranteed failure of the US-led intervention to remake Afghanistan in the image of Western liberal democracy. But they certainly tilted the odds heavily against success.

Ramesh Thakur, a former UN assistant secretary-general, is emeritus professor at the Australian National University and director of its Centre for Nuclear Non-Proliferation and Disarmament. Image: Mohammad Ali Shaida/AFP/Getty Images.

This story was originally published by The Australian Strategic Policy Institute.

Professor Thakur is one of Australia’s most distinguished academics. Stories by him in A Sense of Place Magazine can be found here.