The Contradictions of Vaccine Politics 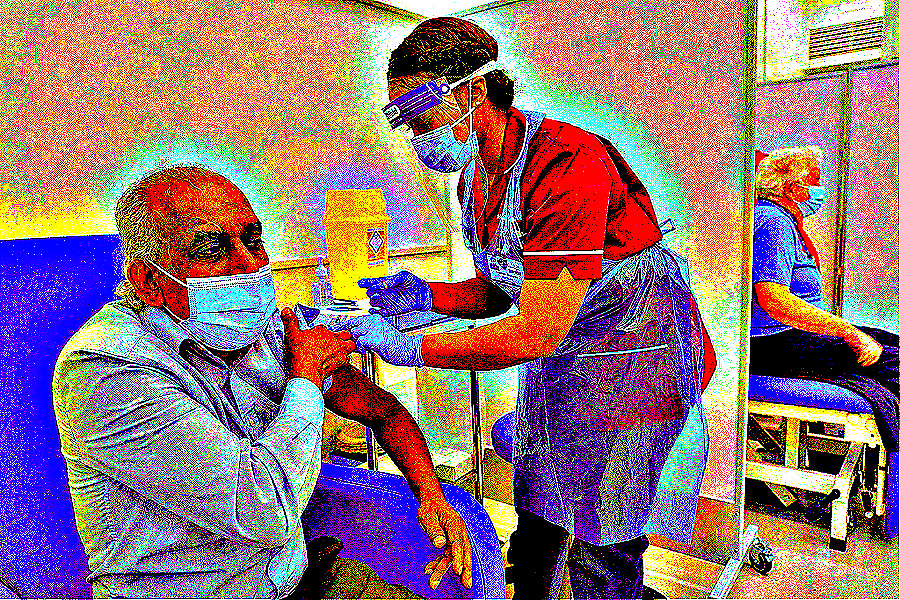 The current penchant that governments and many citizens have for “Covidocracy” looks like becoming permanent.

This is despite the initial promise of the silver bullet vaccine.  Those who, quite legitimately, question the efficacy of the jab, are prone to made pariahs.  Rather, they should be lauded as the rational ones among us, and thanked for pointing out the massive contradictions of vaccine politics.

I always have two simple questions for those who would berate me for refusing to collaborate with the Covid theatre that is “the vaccine”.

The first – if the vaccine works, why would anyone else who chose to get it remotely care whether or not I did?  The second – if the vaccine doesn’t work, why on earth would I want to get it?  I am yet to receive a satisfactory answer to these questions.

As VJ (vaccine jab) Day has finally arrived, the arguments and counter-arguments are intensifying.

The inevitable insults – conspiracy theorist! anti-vaxxer! – are flying.  The tabloids are breathlessly producing eight-page supplements (no pun intended) to tell people all about it.

The photos of politicians with one sleeve up are multiplying.  The endless pressers and tedious infomercials are ramped up to fever pitch (again, no pun intended).

The vaccine emerged as the silver bullet that would get them off the hook when the punters finally woke up to the fact that the pandemic was largely a “Wag the Dog” event, concocted by politicians and others invested, for a variety of reasons, in the “convergent opportunism” that the crisis occasioned.

When the debts were called in, when all the “keepers” designed to buy off the population ran out, when ordinary people finally tired of CovidMania’s large and small incursions into our private domains and of the sheer tedium of the wall of Covid – then, the vaccine would step in and save the political class from the inevitable electoral reckoning.

We were urged to just hold on tight till the vaccine arrived, conditioned to believe all the while that the lockdowns were unavoidable.  Only then we would all be then permitted to return to something at least vaguely resembling the old normal.  You know, travel, seeing overseas grandchildren, interstate holidays, planning things more than a week out, getting married, hugging people, going to the pub without having to sign forms or point your phone at something, singing in church, visiting the shops without getting a lecture from a cultural maskist.

Then the problems with the vaccine started to pile up.

The delays with the roll out.  The expressions of discontent by those of us who value the lives of the unborn and don’t appreciate the use of aborted foetal tissue in the production of at least some of the emerging vaccines.  The inconvenient deaths of the poor Norwegian guinea pigs who became early adopters of the jab, crisply dismissed by Australian and other public health tsars.  The unseemly race of the pharmaceutical companies to produce the ultimate silver bullet vaccine, grimly reminiscent of the old sixties, classic movie It’s a Mad, Mad, Mad, Mad World.

The totally legitimate fears of a sizable minority, for example those with allergic reactions to things, of nasty side effects from the jab.  (“Intense” side effects, as some medicos admitted).

The evil, new threats to our basic freedoms contained in the oh-so-clever tip-toeing by governments and the ruling class towards vaccine mandates and “passports”.  Any or all of these provide plenty of reason for doubt among mainstream vaccine sceptics.

But the biggest contradiction for the vaccine brigade, and the governments depending on the vaccine to deliver them their political escape is that, for the ninety-nine plus per cent of the population who completely recover from a dose of Covid, the vaccine is simply a placebo.

The vast bulk of people, T-cell protected, immune, asymptomatic and healthy, do not remotely need a vaccine.  This would, of course, be far more widely known and debated were at least working journalists found to be doing their jobs.

The vaccine’s political power has lain in the hope that it will stop people catching Covid, and hence spreading it.

Almost NO vaccines stop the spread of the illness targeted.  Although the science on Covid vaccines is not settled, the latest (non-peer reviewed) evidence suggests that it “may” slow the spread.  It may relieve the symptoms of those who catch it.   That is all.

There are lots of “mays” here.  The vast majority of those who have died from or with Covid have been done in by their (often) multiple co-morbidities and their advanced age.  What is the likelihood of a vaccine saving these lives if it doesn’t actually guarantee the prevention of infection?

Politicians, certainly those in Australia who are now confronted by an almost complete absence of Covid deaths, have quietly and without explanation shifted their policy objectives, and hence their aspirations of ending lockdown measures, from “flattening the curve” to the total elimination of what the Covid-industrial complex deems to be “cases”.

They have done this despite all the dodgy science associated with the whole “casedemic” approach – the substantial problem of false positives, the conflation of “cases” with “infections”, and the disputed validity of mass PCR testing – and the inevitable flow of cases from a virus “in the wild” and endemic, especially in winter.

Cases of this seasonal and endemic virus are both exaggerated and inevitable.

As a result of the shift to the cult that is ZeroCovid, we have the real possibility that people will see through the supposed magical properties of the vaccine as cases inevitably continue to emerge post-jab.

Someone wise recently opined that most politicians seem loath to see Covid end.  (Certainly Big Pharma doesn’t).  This much is very clear.

Alas, almost no politicians have suffered electorally for their Branch Covidian policies that have crushed the freedoms, rights and economic prospects of so many.

They seem to have cottoned on to the fact that most voters are low-information types who appear not to value freedom highly.

But … These Covid-clinging politicians must realise that all this has to end for them sometime.  The electoral gift that keeps on giving cannot go on forever.  The spell they have cast over their Covid kool-aid supping voters must eventually wear off.

Herein lies the problem.  The vaccines won’t necessarily stop the spread of Covid.  Oops.  The get-out-of-jail free card is looking shaky.  So now the political narrative has to be more nuanced.  Will the vaccine set us free?  Err, no.  Too risky.

The masks, the lockdowns, the border closures, the sanitisers, the elbow bumps, the distancing, will now remain.  The whole shebang.  Endless Covid theatre with the game playing and all the vapid pretence.

The politics of vaccines have now claimed a scalp, and I don’t mean The Donald.  The Liberal and liberal elites pushed Craig Kelly too far.  Whatever policy and ideological differences Kelly might have had with his former colleagues, it is clear the question of vaccine orthodoxy forced his hand.

It won’t end there.  Vaccine politics will dominate this year just as lockdowns dominated 2020, and all of the inherent contradictions of vaccine-driven policy will crystallise further as the year goes on.  For a start, the bungles already occurring will only multiply.

New strains of Covid, anticipated all along by every competent virologist, will appear and may resist even the most effective of the initial vaccines.

As well, the suspicions of many that the political class will simply enact evil vaccine mandates through third parties, and so claim plausible deniability, along with the legitimate concerns voiced about the jab, promise to keep the inherent medical and other contradictions of the vaccine front-and-centre in Australia.

At least they will if the corporate media and their useful idiot journalists actually turn up for work.  In the meantime, our “leaders” will continue to insult our non-conforming citizens whose opportunities for expressing dissent seem now largely to be confined to booing propaganda at the tennis.