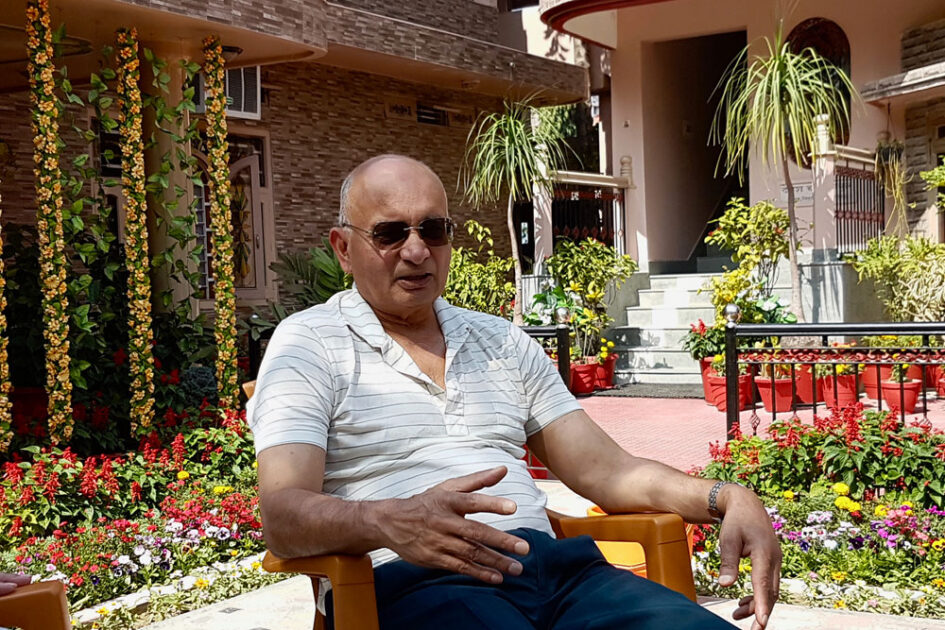 Australia is in chaos from one end to the other, borders closed and the economy tanking, with millions of people in Melbourne under some of the world’s most draconian lockdowns and those who dare to express their democratic right to protest being brutally quelled.

The true madness of Australia’s Covid response is only now becoming clear.

In the midst of the government fueled panic there have been few sane voices swimming against the tide of Covid hysteria.

One of those has been the distinguished Professor Ramesh Thakur.

I’ve had two big worries during the pandemic, starting from the very beginning and still ongoing. Both relate to my sense that “coronaphobia” has taken over as the basis of government policy in so many countries, with a complete loss of perspective that life is a balance of risks pretty much on a daily basis.

The virus infection has not risen exponentially in any country; rather, it seems to climb steeply, stop, turn around and retreat almost everywhere in tune with some internal time frame independently of government intervention strategies; and, differences in numbers of dead notwithstanding, the shape of the curve seems remarkably similar for many countries.

The coronavirus threatens to overwhelm the health and economies of many developing countries where a billion people subsist in a Hobbesian state of nature and life is “nasty, brutish and short.” The rich carry the virus, the poor bear the burden since staying at home means foregoing daily income.

I remain very puzzled at how so many people I considered to be liberals have been so utterly indifferent to the plight of the poor and the casual labourers who do not have the luxury of working from home, nor savings to fall back on to tide their family over until they can earn an income again.

Celebrities posting videos and selfies of working from home in opulent mansions is positively obscene and revolting. Not surprisingly, given my Indian background, I was powerfully influenced by the visual images of the millions of migrant workers literally on the march by foot over thousands of kilometres trying desperately to make their way back to home villages as all work dried up.

Many died en route and the heartbreaking case of Jamlo Madkam in particular, a 12-year old girl who trekked a 100 km but died of exhaustion just 11 km from home, has never stopped haunting me.

This is not to say that high-income Western countries are immune from the deadly effects of lockdown.

A report in The Financial Times referenced an internal British government estimate that ultimately, without mitigation, up to 150,000 people in the UK could die prematurely of other conditions because of the Covid-induced lockdown that put on hold huge numbers of screenings and operations. A report in Lancet Psychiatry said measures taken in response to Covid-19 could have a profound and pervasive impact on mental health.

In the UK, the Royal College of Psychiatrists has reported a sixfold increase in suicide attempts by the elderly because of depression and anxiety caused by social isolation during the lockdown. There’s also been a surge in 18-25 year old men “badly affected by first-time mental health issues.”

Australian experts warn that lockdown-induced 50% jump in suicides could kill ten times as many as the virus. US authorities and experts too are warning of an approaching “historic wave” of mental health problems caused by the months-long Covid-related “daily doses of death, isolation and fear.”

I wonder, too, if we have set ourselves up to repeat the folly every year with annual outbreaks of flu, especially if it is a bad flu season. If not, why not? Perhaps someone will come up with the slogan “Flu Lives Matter.” Or governments could just pass laws making it illegal for anyone to fall sick and die.

I hope that after the crisis is over, the balance between individual liberties and state power will be re-set instead of an even more powerful surveillance state being consolidated.

I’ve been worried from the start by the long-term impact of lockdowns over the coming decade on the lives and livelihoods of poor people in poor countries.

Professors Jay Bhattacharya and Mikko Packalen estimate the lockdown’s long-term global impact could “end up taking nearly six million young lives in the coming decade” in developing countries. So why have people and NGOs who most stridently demand increased foreign aid been silent on this terrible toll?

Globalization has underpinned unprecedented prosperity and the rise of educational and health outcomes for billions of people around the world, along with a dark underbelly of uncivil society. Will its discontents now throw away substantial benefits as the world retreats behind national moats once again?

At the time of the Iraq war, I was a senior UN official. The resort to emotional blackmail by the warmongers, where critics of the impending war were tarred for standing shoulder to shoulder with the Butcher of Baghdad, was instructive. Of course very soon “We, the critics” were amply vindicated.

The whole episode left me with two conclusions. Firstly, the resort to emotional arguments and moral blackmail generally implies they have little reasoned argument and evidence to support their case and are deflecting to bluster instead. And second, whenever we are presented with excitable exclamation marks, it is a very good idea to substitute sceptical question marks instead.

Where is your evidence? Do you have an end goal and are the proposed means proportionate to that goal? What will be the human and economic cost?

You can read the interview with Ramesh Thakur La Nacion in full. Spanish speaking readers can read the original here.