The Economy is Still Booming for the Rich Despite the Pandemic 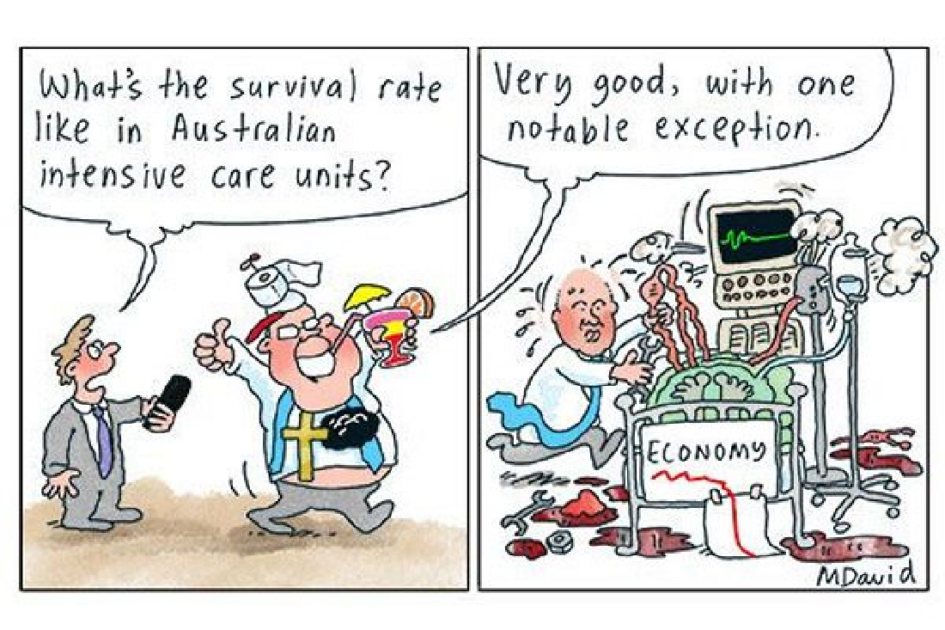 By Alan Austin with Independent Australia

These times are financially stressful for many Australians, but not everyone. Alan Austin examines indicators showing the sectors still dining out.

AUSTRALIA’S TREASURER Josh Frydenberg conceded glumly to the Canberra press club last month that “this is a difficult time for Australians”. Actually, it isn’t. Not for all Australians. He also said, “it will test many of us like we have never been tested before”. Yes, that is true.

Many Australians are being mightily tested right now. But not everyone. In the same way the boom of the last six years has benefited the top 10% immensely at the expense of the majority, so the very rich are profiting greatly right now.

Exporters of Australia’s valuable resources continue to enjoy near-record prices and volumes while contributing little, if anything, to the economy. The iron ore price hit US$125.60 (AU$175.43) on Saturday 22 August, the highest since January 2014.

Other commodities at or close to record high prices in recent months include lumber, beef, rice, bananas, milk and cheese.

‘Mineral Resources (MinRes) has delivered record production and profitability during the 2020 financial year, including an increase in iron ore exports and lithium sales.’

Remember when Australia had the world’s best economy?

A decade ago, as the world battled the global financial crisis, Australia’s economy zoomed to the top of the international table.

‘MinRes is expecting further growth in 2021, particularly in iron ore… It is also targeting a plant output increase of 17 per cent, despite the challenging market conditions.’

‘…to generate some of the highest returns on capital on the ASX over the past 10 years and… maintain these superior returns into the future.’

The average annual increase in company profits over the last 16 quarters, according to the Australian Bureau of Statistics (ABS file 5676.0), is a thumping 17.6%. That includes the latest quarter reported, March 2020, which saw a contraction over the previous year. This was still higher than March 2018 and higher than any quarter before March 2017. (See graph below.)

Historically these profit numbers are exceptionally strong. Compared with other developed countries today, they are extraordinary. We shall see what happens in the June quarter at the end of this month.

The extent to which the corporate sector gets richer while the people get poorer during global recessions depends largely on what governments allow. Permissions vary.

The recovery from the Great Recession – as Americans call the Global Financial Crisis of 2008 to 2013 – was steady and successful in the USA. But many critics of the Obama Administration, even some supporters, felt it was over-generous to the big bankers whose greed and incompetence contributed to the crash. Billions in rescue funding were handed over and sins forgiven.

In contrast, Iceland dealt with its miscreant financiers by tossing 29 of them in jail, some for five years. Iceland allowed the banks to go bankrupt and the speculators lose their investments.

Some countries steered a middle course, including Australia which was then managed by an awkward alliance of Greens, Labor and Independents, but which somehow achieved impressive economic outcomes. As shown here, here and here, economists worldwide recognised Australia as the one standout economy between 2009 and 2013 by a hefty margin.

As academic Alex Millmow observed in 2011 when then Treasurer Wayne Swan was awarded the world’s best treasurer gong:

Swan’s most significant achievement was to ensure that Australia avoided being sucked into the vortex of the Global Financial Crisis. The Labor Government deserves the credit for Australia being only one of three OECD economies to avoid recession when the global financial crisis struck three years ago. But they have never cashed in properly on this achievement.

The reason they have not cashed in is that the mainstream media – most of which are dominated by rapacious foreign corporations – refuses to report economics accurately. They do not want readers to notice the pattern of wealth and income shifting to the rich under the Coalition. So they conceal it.

You want a strong economy? Start by raising corporate taxes

Prominent Australians, including the Treasurer, are urging corporate tax cuts. A smart move, or not?

Now is the perfect time for Australia’s government to tell the freeloaders ripping out Australia’s wealth for a pittance that they should chip in a few dollars. But they won’t. In the same press club speech quoted above, Frydenberg bragged about tax cuts already given to high-income individuals. He foreshadowed further “tax changes that support business investment” which hints at corporate tax rate cuts. His claim that “the pathway to recovery is not through higher taxes” adds to this concern.

In fact, as we saw here last week, evidence shows company tax rates reduced below about 30% nearly always harm the economy and end up disadvantaging the majority. Corporate tax cuts simply give a greater share of Australia’s wealth to those who would send it to tax havens offshore or “invest” it in bigger yachts and villas abroad.

Unfortunately, all the facts and figures confirm that Australia is poorly served by coalition governments during the boom times — such as the period from 2014 to 2020 just ended.

We are served even more poorly by them during global crises.

Alan Austin is an Independent Australia columnist and freelance journalist. You can follow him on Twitter @AlanAustin001.

This piece was originally published by Independent Australia and is published here with their kind permission.