Lockdowns Can Be Cruel, Heartless, and Deadly 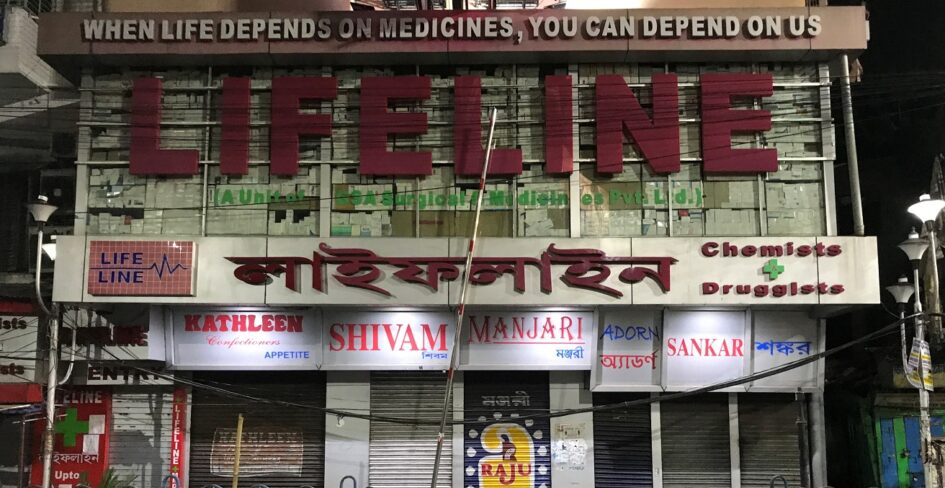 Human beings are family- and community-oriented social animals. Sharing food and drink at home or in restaurants, enjoying the cinema, watching cricket, or appreciating a concert or a play are not optional add-ons but fundamental to our daily life.

India’s social, family, housing, and water-cum-sanitation realities are a nightmare for any epidemic that is both highly infectious and highly lethal. Physical distancing is impossible to implement in slums where multi-generational families sleep in one room, eat together, and share communal water and sanitation facilities. The same conditions make it impossible in a rambunctious democracy to conceal a big spike in deaths. India’s surprisingly low COVID-19 mortality thus must have an explanation other than the lockdown.

Yet India is uniquely vulnerable to lockdown shocks because of the overwhelming dominance of the informal sector. The lockdown could cripple the economy, worsening the unemployment crisis, destroying the livelihoods of daily wage workers (under 10 percent of Indians have salaried employment), forcing thousands of inter-state migrant workers to return home under stressful conditions with mass transportation suspended, distressing the agricultural sector, and disrupting food chains. How exactly does a rickshawallah survive a seven-week lockdown?

Migrant workers from India’s poorer states were caught off-guard with the four hours’ notice of the total lockdown for an initial 21 days from 25 March and then its rolling extension thereafter. No thought was given to what they would do, how they would survive, and how they would get home. Many decided to walk home in groups.

Jamlo Madkam was a 12-year old girl working in the fields of Karnataka state. When the lockdown was extended on 16 April, she joined a group who planned to walk the 100 kilometres to their home state of Chattisgarh. To hide from the police, they trekked through dense forest and over hills. Jamlo was carried part of the way by some adults, but on 18 April, just 11 kilometres from home, her life gave out due to fatigue, hunger, and dehydration. She had worked nine and ten hour shifts every day for eight weeks at the daily wage of  ₹200 ($4.00) and had saved ₹13,500, which was found in her bag.

Sixteen other migrants were walking home from the western state of Maharashtra to their home state of Madhya Pradesh in central India. In the early hours of 8 May, they were mowed down by a freight train while sleeping on railway tracks.

In death, Jamlo benefited other migrant labourers trekking home as shamed authorities encouraged trucks to give migrants lifts instead of penalising them for doing so. Her story is a proxy for so much that ails India, including child labour, no social safety net, and moral apathy of the nation to the most marginalised and vulnerable communities.

Deaths in India from selected diseases, pro-rated 25 March–12 May:

Nasty, brutish and short: life is still Hobbesian for millions of human beings. I’ve argued in The Times of India that in poor countries, the imbalance between coronavirus and other deaths, some up to nearly fifty times higher, means the singular fixation with the coronavirus is beyond perverse. If the media could show the above figure as a banner headline with daily updates, people would not have lost all sense of perspective about the threat from coronavirus compared to other human insecurities.

Those who would give up essential Liberty, to purchase a little temporary Safety, deserve neither Liberty nor Safety –Benjamin Franklin

Of course, the equation is qualitatively different in industrialised countries. Many Westerners seem to have some strange notions about the human right to be protected from all life-threatening risks and emotional trauma. How dare we say: all life ends in death, get used to it. To my astonishment, the pandemic has brought an expansion in state power right into our homes and across public spaces to an extent not seen previously, even in wartime. UN Secretary-General Antonio Guterres warns the pandemic is becoming a human rights crisis, with authoritarian responses, surveillance, closed borders, and other rights abuses.

The price paid in civil liberties and individual freedoms is eloquently expressed by Lord Sumption, former judge of the UK Supreme Court. Saying life is priceless is a slogan, “just empty rhetoric,” else the Allies would not have gone to war against Hitler. Human beings are family- and community-oriented social animals. Sharing food and drink at home or in restaurants, enjoying the cinema, watching cricket, appreciating a concert or a play are not optional add-ons but fundamental to our daily life as human beings. “Social distancing” by contrast is profoundly anti-social and rubs against every fibre of human civilisation. From everything we now know, the elderly should be free to meet, greet and hug grandchildren under 10 to bring back joy and cheer to their lives.

This is part one of a two-part article on the need for a more moderated response to the pandemic.

This article was originally published in the Australian Institute of International Affairs and is republished in A Sense of Place Magazine under a Creative Commons Licence.

RELATED STORIES IN A SENSE OF PLACE MAGAZINE: