Sound the Trumpets: Not All Experts Agree with the Australian Government’s Covid Stance 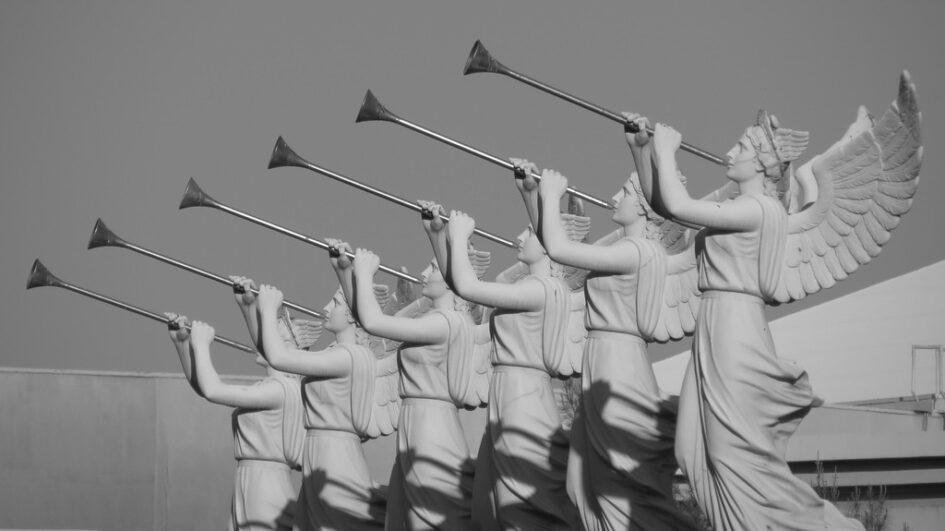 Cockwomble: A person, usually male, prone to making outrageously stupid statements and/or engaging in inappropriate behaviour while generally having a very high opinion of their own wisdom  and importance. Presently exemplified by Agent Orange who dwells in the casa blanca in the geopolitical capital of the world and is the inheritor of a long line of global sheriffs.

The headline on the front page of The Weekend Australian caught my eye as a rare LOL moment in these gloomy times: ‘Going early, going hard paid off’. Its core message was confirmed by the Newspoll on 27 April which recorded an astonishing 68-28 approval-disapproval rating for Morrison. Who’d have thought, back in February when his approval rating was 37%? Yet it seems to me the government was initially complacent and introduced border checks and controls on the coronavirus very late in the day; it then over-reacted; and it’s been reckless in goading China.

I travelled to India earlier in the year. I was tested for CV-19 symptoms transiting through Singapore airport and on arrival at Mumbai airport on 14 February. By the end of the month flights were starting to be cancelled and I kept a watchful eye on return flights. On 6 March I was again screened through Changi airport but no tests whatsoever in Sydney or Canberra. The Ruby Princess fiasco therefore was no surprise to me.

Hong Kong, Singapore and Taiwan learnt a hard lesson in the SARS crisis and instituted various preparedness measures for another emerging epidemic/pandemic. These were activated with a sense of urgency and implemented rapidly, efficiently and decisively, including at all ports of entry. By now we know enough to say that early and aggressive interventions have been far more effective in slowing the curve than late lockdowns to flatten it.

Lockdowns have not been effective

The scientific consensus on climate change is deep and broad and has accumulated over many decades, but decisive preventative action is rejected for fear of inflicting pain on some sectors that are key political constituencies. The catastrophist warnings of doomsday scenarios without decisive action on coronavirus rests on shakier scientific foundations. John Ioannidis, a professor at Stanford’s School of Medicine with a cross-appointment in statistics, dismisses much of the early Covid-19 epidemiological modelling as ‘speculation and science fiction’. Sweden’s chief epidemiologist Anders Tegnell observes that lockdowns have no ‘historical scientific basis’. OffGuardian has reported three separate lists of twelve, ten and eight epidemiological, public health and scientific experts who have questioned the dominant model informing policy.

Studies by several other epidemiologists and medical scientists show considerable discrepancy between the modelling and observational data, finding little evidence that lockdowns are effective on their own terms: see here, here, here, here, here and here. Between them, these look at cases in Europe and the 50 US states. Similarly, our regional neighbours like Hong Kong (0.5 deaths per million), Taiwan (0.3), South Korea (4.8), Japan (3.4) and Singapore (2.7) have done as well and mostly even better than Australia (3.6) and NZ (3.9), without having locked down their countries as comprehensively. (The data as at 30 April.) The net overall conclusion is that something other than early or late, gentle or severe lockdowns is the decisive factor in explaining the wide variance in how countries are doing.

The science is not settled even on social distancing. Dr Maria Van Kerkhove, an American infectious disease epidemiologist with the WHO, said on return from Wuhan that CV-19 is not spread in casual interaction, but in close family and institutional settings. Hendrik Streeck, a leading German virologist leading an investigation of a severe outbreak in Germany’s Heinsberg district, is similarly sceptical that activities like shopping or even touching contaminated surfaces pose significant risks to the public. And in China, a study of 318 clusters (involving 1,245 patients) found 80% involved transmission in the home, 34% in public transportation. Only two of the 1,245 patients looked at were found to have been infected in an outdoor setting. The authors’ explanation of why their figures add up to more than 100% (80+34) is that ‘many outbreaks involved more than one venue category’. Their overall conclusion: ‘All identified outbreaks of three or more cases occurred in an indoor environment, which confirms that sharing indoor space is a major SARS-CoV-2 infection risk’. In other words lockdowns might actually be increasing the risk of infection!

Tegnell told the BBC on 24 April that Sweden, that continues to attract much international attention, is better placed than most European countries to face a second wave of the outbreak. The strategic goal was to slow the progression of the disease so the country’s healthcare system did not become overwhelmed. Between 15%-20% of the population is estimated to have become immune, which is enough to slow and control the spread of the disease further. Regarding Sweden’s high death toll relative to its Nordic neighbours, he noted that ‘as many as 50% of deaths had come in care homes for the elderly, which have banned visitors’. So it’s ‘hard to know how a lockdown would have stopped that’.

In an interview with Nature magazine, Tegnell explained further: ‘Each country has to reach “herd immunity” in one way or another, and we are going to reach it in a different way’. ‘Herd immunity’ refers to the situation when a high proportion of the population has acquired immunity, either through having survived the infection and/or through vaccination. This then limits the spread of the infection to people who are not immune. Total isolation policies prevent the development of population immunity which in turn can prolong the problem.

As we know, countries have followed different strategies based on varying advice from public health experts and epidemiologists. They are all claiming success for their particular strategy and most have garnered increased domestic approval for decisive leadership, with the significant exception of President Donald Trump whose incompetence, ignorance, bombast and blame-shifting has been on undisturbed display. They can’t all be right.

Could it be that Australia’s low toll is better explained by physical isolation, vast open spaces, abundant sunshine, low density living, few multigenerational households, the traditional Aussie backyard, high use of private cars instead of mass transit, and sociocultural practices?

Ramesh Thakur is a professor emeritus at the Crawford School of Public Policy, the Australian National University.

This piece was originally published in Australia’s leading public policy blog Pearls & Irritations. It is reproduced here with their kind permission.

Related Story in A Sense of Place Magazine: