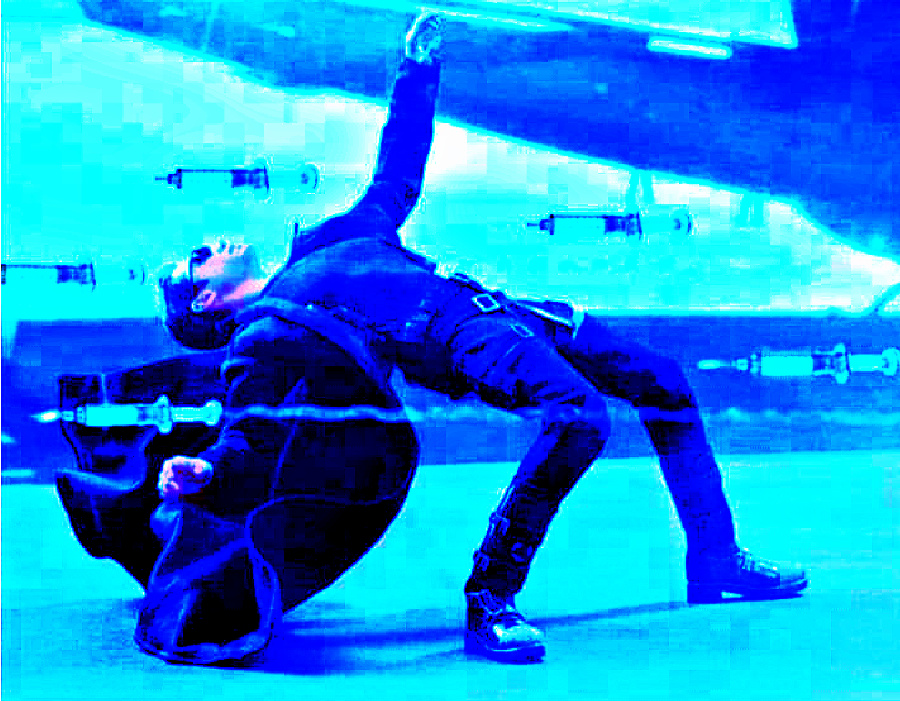 This is a transcript of a speech given to the Australian parliament. Malcolm Roberts has been one of the very few Australian politicians to stand up to the mob.

As a servant to the people of Queensland and Australia, I note that at the European parliament inquiry into COVID two weeks ago, Janine Small, the President of International Developed Markets for Pfizer revealed that the Pfizer vaccine injection was never tested to see if it would prevent transmission—never tested.

Small went on to say this was because Pfizer had to work at the speed of science. Well, it seems the speed of science and the velocity of money are the same thing. Shameful decisions were taken deliberately to facilitate Big Pharma getting their injections to market in time.

I remember when the political left walked behind banners reading ‘my body, my choice’. Now real conservatives hold those banners high while the Left abuse us. How fast the Left abandon their principles when an opportunity to tell people what to do comes along, to control people.

It was clear after just four months of COVID the scary Chinese videos of people dropping dead in the streets should not have been taken at face value. Measures taken out of an abundance of caution in March 2020 should have been re-examined just a few months later, as we requested and suggested. They never were. At the time, the data clearly showed COVID was no more deadly than a severe flu and well under anything the public would consider to be a pandemic. Let me support that statement.

The following data is from the Australian Bureau of Statistics published in part as a result of a One Nation document discovery a few weeks ago. In 2019, the year before COVID, the seasonal flu cost 4,126 lives. The next year, in 2020, Australia recorded 882 deaths from COVID and 2,287 deaths from the flu for a total of 3,196 deaths, 1,000 less than before COVID, almost a thousand less than the flu alone killed the previous year. In 2021, 1,137 deaths were recorded from COVID and 2,073 from the flu, for a total of 3,210.

This means deaths from the flu including COVID across the first two years of the so-called pandemic were right on the long-term average of 3,255. There was nothing unusual about the Australian death rate in 2020 or 2021 yet the COVID substances—I won’t call them vaccines—the COVID injections, were given emergency approval.

The only thing about our death rate in 2020 that was unusual was that it was at a seven-year low. These are facts. This makes a joke of provisional approval granted for injections out of urgency.

There was no urgency. It is not just the vaccines that were inappropriately approved; dangerous drugs like the antiviral Remdesivir were waved through using the same false urgency.

Remdesivir’s side effects include respiratory failure and organ failure. The perfectly safe but out-of-patent antiviral Ivermectin was banned to make way for Remdesivir—banned, proven, banned. The UK has recently put Ivermectin back into use. We must as well.

The conclusion an increasing number of Australians are coming to is that our health technocrats tore up our tried and true health systems to shift products for their mates in the pharmaceutical industry, and now people are dying from those same products.

Once the injection rollout started, there was a spike in deaths. It must be noted correlation is not causation. The link between the cause—vaccines—and the effect—death, injury and suffering—must be proven. Well, it has now been proven beyond a shadow of a doubt. At my second COVID Under Question inquiry in August, many highly-qualified medical professionals from around the world established that link, providing evidence the injections were responsible for many more deaths than the health technocrats admit.

Late last month, the Clinical and Experimental Immunology journal published an article entitled ‘COVID-19 vaccines—an Australian review’. The authors are Conny Turni and Astrid Lefringhausen, from the University of Queensland.

This article details the medical science behind the wide range of medical harms inflicted on Australians as a result of the hubris and the criminal negligence of health technocrats.

I promised to hound you people down, and now science has done that for me. The issue of vaccine harm must be referred to a royal commission today. These criminals must be brought to justice. This report is reproduced on my website, and anyone who reads this report and still defends the fake vaccines is as guilty as the companies that made it.

It’s no surprise that COVID has spiked in correlation with the rollout of the fake vaccines.

ABS data is not yet available for 2022, although Australian actuarial data is. In the first four months of 2022, death from all respiratory diseases—the flu, pneumonia and COVID taken together—is still at normal levels, yet deaths from cardiac and pulmonary events are up 11 per cent, and unexplained deaths are up 13 per cent. At this rate, an extra 10,000 Australians will die in 2022. Anyone reading the journal article I referred to will know exactly why this is happening.

I refuse to believe our health technocrats do not know. A Royal Commission must ask what they knew and when.

In May 2020 I criticised fear-driven response to COVID in the Senate, within months of this mismanagement of COVID.

Everyone else in both houses displayed an ignorance of proper scientific process, an inability to read empirical data and a misplaced trust of health bureaucrats.

Health technocrats have spent their entire professional lives working closely with the pharmaceutical industry. And we expected them to be impartial. Come on! We delegated authority to the last people who should have been trusted with that authority.

The Senate is the house of review. Every aspect of our COVID response should have been scrutinised to the last detail. The Senate failed in that mission. COVID measures were beyond question, and it seems they still are. Rather than review, the Senate covered up. Senators Rennick and Antic, in company with myself and Senator Hanson, tried to draw out the truth and were demonised for doing so. Not one senator amongst the political Left entertained a moment’s thought that fear-driven response could be harming more people than it helped. ‘Resistance is futile’ was the message repeated at every press conference on every television in every house of parliament. New Zealand, Canada, the UK and America all joined in the circus of despair, designed to scare people into taking a substance they knew would cause serious harm and death.

Even today, vaccine mandates are still in place around Australia.

The reality of a falling birth rate, unexplained increases in deaths and more than 130,000 cases of vaccine harm here in Australia is being ignored.

Still, we are told the injection is safe and effective. Safe and effective is not one lie; it is two lies. The vaccine is neither safe nor effective. Medical practitioners who stood up for the rights of their patients were deregistered after action from Big Pharma’s enforcement arm, the Australian Health Practitioner Regulation Agency—under the direction, it seems, of CEO Martin Fletcher and Yvette D’Ath, as chair of the Health Ministers Meeting. They’re the ones who were in control.

These technocrats decided they knew what was best for patients—better than the patient’s own doctor. AHPRA must be referred to the Royal Commission—and the TGA, ATAGI, the Chief Medical Officer, the secretary of the Federal Health Department and Greg Hunt, the Federal Health Minister at the time.

I do not have confidence the Therapeutic Goods Administration, the TGA, and the Australian Technical Advisory Group on Immunisation, ATAGI, will be honest and impartial in this inquiry. They have not been so far.

Only a Royal Commission can decide all of the issues I have raised tonight. One royal commissioner will not be enough for the litany of legal and regulatory abuse, medical practice, financial malfeasance, conflict of interest, child abuse, human rights abuse and the shredding of international agreements Australia has endured for 2½ years.

The harm from our COVID response was foreseeable and preventable. If only the Senate, the ultimate house of review, had had the courage to stand up and call bullshit. The Senate did not.

The ACTING DEPUTY PRESIDENT: Thank you.

Senator ROBERTS: The Senate did not. As a result, the public has lost confidence in the medical profession, health administration and politicians. To his credit, member of parliament Dan Tehan publicly admitted his silence last year was wrong. This week a survey in the Daily Telegraph found that, based on the 50,000 respondents, 37 per cent of Australians who took the vaccine regret it. Only 43 per cent said they would do it again. The damage to the reputation of our once-trusted medical institutions can only be repaired with a royal commission to unravel the lies and get to the truth, and, in so doing, ensure this tyranny, this suffering and this loss of life never happens again.

I have no doubt that, when the truth comes to light, history will judge those in this place as being cowards all. We have one flag, we are one community, we are one nation, and Australians want justice.