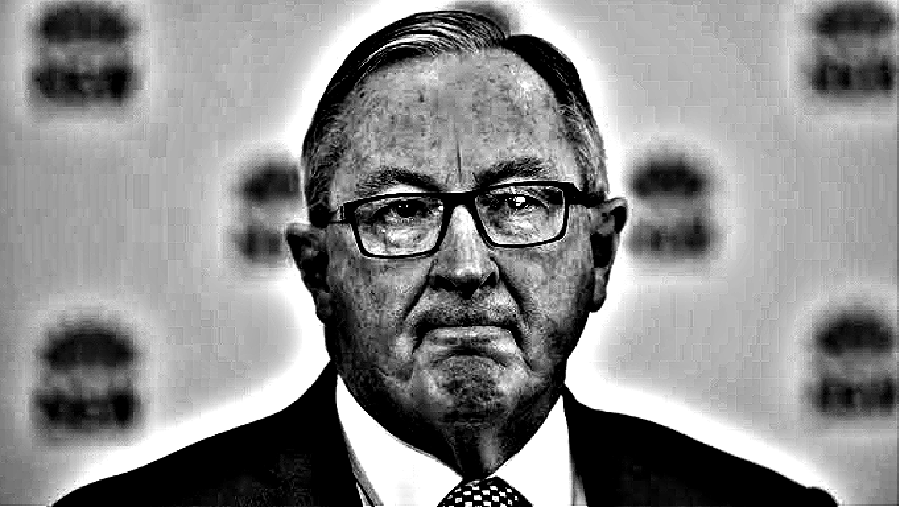 While Mr Hazzard was instrumental in facilitating the decriminalisation of abortion in New South Wales in 2019, it is perhaps the years that followed this historic law change that will most likely dominate his legacy.

As NSW Health Minister during the Covid-19 pandemic, he will forever be known as the man who led the State’s emergency health response. Many of his decisions were controversial, such as lockdowns, travel restrictions and curfews.

But it was the decisions made around vaccination mandates, removing personal, democratic, ‘my body, my choice’ decisions from individuals (ironically, which the legalised abortion debate had been built upon only a couple of years previously) that caused the most public ire.

It was the harshness of these rules which earned Mr Hazzard the nickname ‘covid dictator’ as he stood alongside then Premier Gladys Berejiklian during daily Covid briefings before national media.

Many believe that a significant number of the Covid-19 public health management decisions, which were made under the Public Health Act 2010 (NSW) – legislation which empowered the health minister to issue public health orders at times of health crises, amounted to massive over-reach — thousands of people were fined heavily for not complying with public health orders, thousands more lost jobs or had their incomes dramatically cut.

Some lost their homes, unable to afford to keep them. People suffered emotionally and socially.

The economy is still trying to recover.

No jab, no job

But the most divisive of Mr Hazzard’s rules was the “no jab, no job” regulation.

The well-known Kassam versus Hazzard case, which contested the validity of public health order restrictions, as well as vaccine mandates, was dismissed in the NSW Supreme Court, with Justice Robert Beech-Jones ruling in favour of the Health Minister.

But it was an important case none-the-less, and one that certainly made many Australians sit up and pay attention to the fact that without a Charter of Rights, many fundamental liberties and freedoms that we have always taken for granted, are not necessarily guaranteed, particularly under “emergency powers”.

It’s astonishing to think that only this time 12 months ago, many people in New South Wales were locked out of basic services such as visits to the hairdresser and the optometrist, and banned from socialising at pubs and restaurants unless they had proof of a ‘double-dose’ of an approved vaccine. In fact, breaching this rule could potentially have resulted in time spent in prison.

Several weeks later, the Health Minister began to discuss the idea that if people had not had a ‘third dose’ their vaccination status would be considered ‘not up to date.’

Now of course, we’re in the phase of ‘living with Covid-19’ and there is no requirement at all to even isolate if you test positive for the virus.

But many negative effects of the pandemic health regulations linger, and it is worth pondering how different our lifestyles might be if Mr Hazzard’s bid to extend emergency powers had successfully passed through Parliament at the end of last year.

Ruby Princess – no accountability despite failures of health authorities

There is still palpable anger around the Ruby Princess debacle too, and the decision by authorities which allowed the plagued cruise ship to dock in Sydney Harbour, enabling its 2,500 passengers to enter the country without testing or quarantine. About 900 cases of Covid-19 were linked to the infected cruise ship and there were 28 deaths. In fact, prior to the second wave of the pandemic in Melbourne, the Ruby Princess was the source of Australia’s biggest coronavirus cluster.

In the wake of the disaster, a special investigation was set up by the New South Wales Government, and led by experienced Sydney barrister Bret Walker.

The inquiry concluded that state health officials made “inexcusable”, “inexplicable” and “serious mistakes’ in the way the Ruby Princess was handled, specifically by assessing the ship passengers as “low risk”, and to “do nothing” despite all the expert advice at hand.

Despite this, no state health officials have ever been held accountable.

A class action is currently underway – launched in the Federal court, by people adversely affected as well as the families of those who lost their lives as a result of the bureaucratic bungles and mismanagement of the Ruby Princess’ arrival in Sydney.

This group now hopes to get some answers through this process and are also seeking compensation for all they have endured and for the cruise liner’s alleged negligence in its duty of care of the health and wellbeing of passengers when it was undoubtedly aware there was a risk that the virus was on board.

In response to the news of Mr Hazzard’s retirement, NSW premier, Dominic Perrottet, described Brad Hazzard as a “tireless and committed advocate for people right across our state”.

But Mr Hazzard will undoubtedly also be remembered for his, at times, disrespectful, demeaning treatment of women. In recent months he has made headlines twice – at a time when the general ‘arrogant, toxic’ behaviour of politicians as well as the poor treatment of women in politics has been front and centre after the publication of the Set the Standard report.

Mr Hazzard publicly mocked a female journalist during a press conference when she asked what most considered to be fair and reasonable questions about various regional health matters. Then, only weeks later he came under fire for a ‘humiliating verbal attack’ on his colleague  National Party deputy leader Bronnie Taylor during a meeting with cabinet ministers.

The unhealthy state of the NSW Health System

NSW Premier Dominic Perrottet has also said in response to the resignation announcement that “Brad’s legacy is a health system that is the envy of every other state in Australia, with investment and support at record levels.”

Some might argue that this statement, although a nice thing to say, is entirely debatable, particularly in light of a New South Wales parliamentary inquiry finalised earlier this year after a 12-month investigation, which found that regional health in NSW is facing a massive crisis, caused by systemic under-funding over many years.

As a result, the inquiry heard, in country hospitals, cooks can be found looking after patients and some emergency departments are not staffed with doctors.

In its final report, the inquiry uncovered woeful inadequacies in the system, finding that health services are both “inferior” to those found in the cities and major metropolitan areas, and riddled with “historic failures.”

But the metropolitan health system has also suffered severe blows in recent years too, particularly since the onset of Covid-19, with many nurses quitting over increasing workplace demands, long hours, vaccination mandates for health workers, and paltry pay increases.

Prior to entering politics, Mr Hazzard was a teacher and a lawyer. He has been in cabinet since the Coalition’s win in 2011 and held a number of portfolios including as attorney general and minister for planning, justice, social housing, community services and, most recently, health.

Mr Hazzard, along with a growing list of senior Coalition MPs and ministers will be retiring at the next election.

RELATED STORIES IN A SENSE OF PLACE MAGAZINE