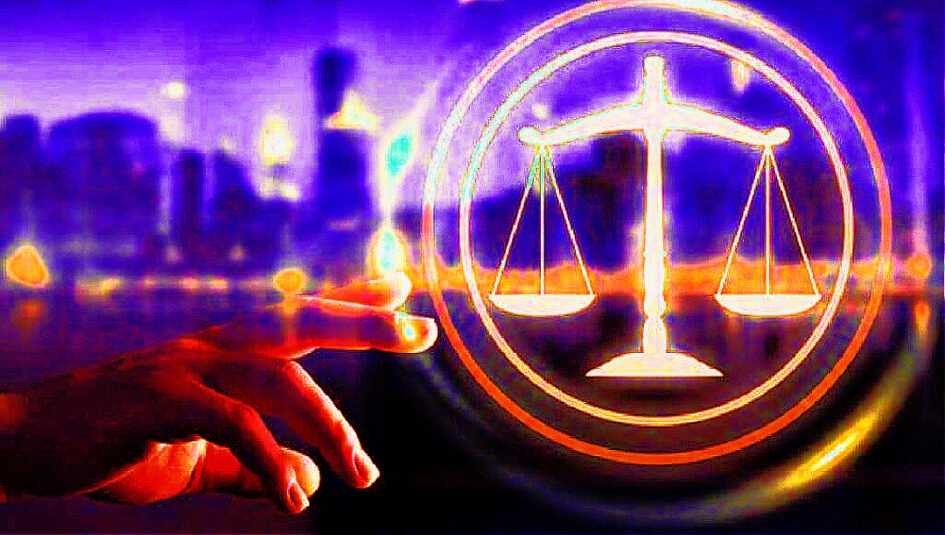 Days following the lifting of the Sydney lockdown, the NSW Supreme Court handed down its judgment in the case commonly known as Kassam versus Hazzard, which saw plaintiffs challenge aspects of the public health orders issued by NSW health minister Brad Hazzard during the state shutdown.

The decision turned out to be yet another failed challenge against public health orders in the New South Wales courts, with millions of dollars being donated by concerned members of the public to law firms claiming the challenges had reasonable prospects of success, despite experts in the field advising otherwise.

The laws are very clear. And there are concerns these challenges have shifted the focus away from fighting for an entrenched bill of rights, towards throwing the public’s money at legal proceedings that, under current laws, have minimal prospects of success, while enriching law firms who are willing to take money from desperate and generous members of the public and brief barristers to run these proceedings.

In any event, the Supreme Court challenge involved two sets of plaintiffs raised the challenge to requirements set out in three public health orders – one that applied to the entire state, and two others specifically covering aged care and education – with the vaccine requirements relating to certain employment situations being the bone of contention.

Around a dozen grounds challenging measures instructing certain workers be injected with the COVID-19 vaccine in order to continue their employment were raised.

These involved whether basic rights were being infringed upon, and in turn, the principle of legality being breached, as well as whether there were unconstitutional aspects to these orders.

Chief Judge at Common Law Robert Beech-Jones ruled on 15 October that all grounds raised had failed.

In terms of whether the requirement to get the vaccine breached the right to bodily integrity, his Honour found that individuals working within circumstances where this rule applied weren’t being forced to get the jab, rather they were being restricted from entering workplaces without it.

This instead reflects an imposition upon the right to freedom of movement, which is the type of infringement that the Public Health Act 2010 (NSW) (the PHA) “clearly authorises”. The PHA is the legislation that empowers the health minister to issue public health orders at times of health crises.

The Kassam case was widely followed by those in the community opposed to vaccine mandates. And the findings of the court disappointed many.

So, the two sets of plaintiffs appealed his Honour’s decision to the NSW Court of Appeal (NSWCA), and it delivered its final findings on 8 December.

The grounds of appeal

Heard in late November, the appeal saw the Kassam plaintiffs and the Henry plaintiffs challenge the original court findings on close to twenty grounds.

All of the plaintiffs had been caught up under the vaccination requirements of the various public health orders and chosen not to follow them.

The NSWCA justices outlined that as the general order and the age care order had both expired, while the education order is about to expire on 23 December, the utility of the appeal was limited, and they underscored that the original justice hadn’t made any errors of judgment.

So, the three justices granted leave to appeal only on the grounds concerning the construction of section 7 of the PHA, which contains the powers to issue public health orders, as this aspect of the appeal continues to be of relevance as the education order still applies.

The justices went on to explain that subsection 7(2) of the PHA permits the state health minister to issue orders when they consider “on reasonable grounds that a situation has arisen that is, or is likely to be, a risk to public health”.

While under subsection 7(3) of the PHA, the minister can issue an order covering any part of the state, which “reduces or removes a risk”, segregates or isolates inhabitants, or prevents or permits access into an area.

The grounds granted leave to appeal include the question as to whether six specific rights had been infringed upon.

The constitutional grounds cited in the initial challenge, raised again in the subsequent appeal, were dismissed, as the NSWCA agreed with the primary judge that the arguments these points involved were “completely untenable”.

And the NSWCA judges further stressed that just because the Australian Constitution is raised does not give grounds of appeal an “elevated status”.

The principle of legality

Questions were raised as to whether the impugned orders were valid based on whether they were administrative or legislative in character. But, as NSWCA Justice Andrew Bell set out, this question was irrelevant.

The real question, according to his Honour, was whether section 7 authorises the issuance of the public health orders, with the answer being that it can.

Justice Bell then addressed the issue of the principle of legality, which requires that when a parliament intends to infringe upon a fundamental right via a legislative act, it must express its intention to do so in clear and unambiguous language within the statute.

This principle of legality was raised in relation to the six rights set out in the plaintiff’s grounds of appeal.

Justice Bell pointed to three issues key to this point, which involved whether the identified rights are recognised at common law, if the impugned orders infringed upon these rights and whether the section 7 powers rule out the principle applying.

Three of the rights said to be infringed upon – the right to privacy, the right to earn a living and the right not to be discriminated against – are not fully recognised at common law, his Honour explained, and, therefore, they do not engage the principle of legality.

In terms of the right to bodily integrity, Justice Beech-Jones set out in the original findings that it had not been infringed upon because no one was forcing people to undergo a vaccination. And the appeals court agreed with this point.

The plaintiffs further asserted that the privilege against self-incrimination was eroded via the requirement that workers had to show proof of vaccination in order to enter a workplace or certain areas.

But the primary judge and the appeals court justices found that this measure actually exonerated a person, rather than incriminated them.

While the right to silence – being primarily a right not to answer questions from law enforcement or a judge, rather than refusing to reveal vaccination status at a workplace or elsewhere – didn’t have any relevance to the circumstances being raised by the plaintiffs.

So, while all three of the latter rights do engage the principle of legality, the court found that none of them were violated by the application of the public health orders.

Justice Bell went on to refuse a few further complementary points made by the plaintiffs before he dismissed the entire appeal.

His Honour then ordered the two parties of plaintiffs to pay the court costs, despite their having argued that there should be no requirement to fund the appeal as it was raised in the public interest.

NSWCA Justice Anthony Meagher agreed with his Honour’s findings, as did Justice Mark Leeming, who also added some of his own deliberations that further supported the overall reasons as to why the appeal failed.

Their Honours also pointed to a statement made by Justice Beech-Jones in the initial case, outlining that it’s not the function of the court to consider the merits of the exercise of power in making the orders, to choose between plausible pandemic responses or to determine the efficacy of vaccines.