‘Freedom Day’ for Some, Discrimination Day for Others 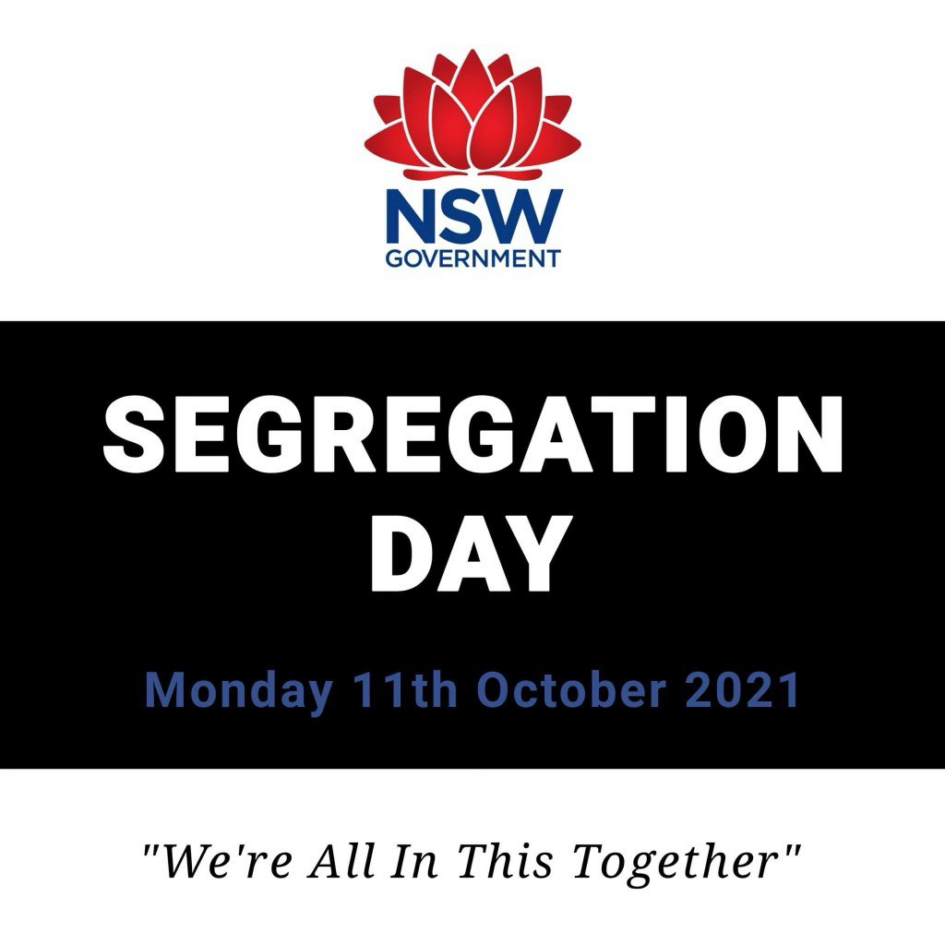 It’s the day for which many residents of Greater Sydney have been waiting for more than 15 weeks – 107 days to be precise.

Non-essential businesses are permitted accept those who are fully vaccinated – a class of residents who are also permitted to travel more than 5 kilometres from their homes.

Long-awaited catch-ups with family and friends are being scheduled by the over 70% of residents who are fully vaccinated, and there’s a sense of optimism for many as the state marks the first step on the path to fully opening after the Delta outbreak.

The return of ‘freedoms’ to the fully vaccinated includes being able to enter bars, pubs, restaurants, gyms, hairdressers, beauty salons and other ‘non essential business’, as well as attend entertainment and sporting events, and be included in higher caps on weddings and funerals.

But, rather ironically, ‘freedom day’ also marks the start of a period of discrimination against those who are unvaccinated – what some see as a ‘subclass’ who will remain ‘locked out’ until 1 December 2021.

Some of these people are waiting for the existing preliminary approval to be made final. Others are concerned about the ever-changing directions regarding the appropriate age groups for respective vaccines. Some want more information about short-term and/or potential long-term side effects, pointing to suspensions of vaccines in other countries, and simply wish to wait, while others take issue with the efficacy of the drugs – given that those who receive them can both contract and spread the virus (although the government’s advice is that they reduce the likelihood of severe symptoms, and thereby alleviate the pressure on our public health system).

Still others are taking a stance on the integrity of their own bodies, while there are many who resent the government’s pressure to inject drugs for which it has given pharmaceutical company’s immunity from claims, and for which the Australian government has neglected, unlike many other countries, to introduce a compensation scheme for those adversely affected.

Some question why doctors have been threatened with disciplinary action for expressing concerns about the vaccines, while others are against vaccinations altogether.

And while there are those, including mainstream media outlets, who have labelled all of these people ‘anti-vaxxers’ (regardless of whether or not they are against vaccinations per se) and even hurled ad hominem insults at them, the fact of the matter is that many are genuinely concerned about the COVID-19 vaccines being pushed by governments.

It is in this environment that those who have chosen not to be vaccinated face discrimination, not just in the context of being able to freely move around and enter premises, but also in accessing healthcare.

Locked out of health care

A New South Wales couple says they have been turned away by an Optometrist in the past week, unable to book an appointment because they are not fully vaccinated, although both have had their first dose.

The couple tried to book eye examinations to have routine eye exams, as well as Glaucoma and dry eye checked, only to be told that they wouldn’t be able to get an appointment until after 1 December 2021, because the NSW State government has sent a directive to business.

The Optometrist explained to the couple that they could not accept unvaccinated patients, and if they did so, they would risk being fined.

Countless others have reported today that they have been refused entry to gyms, yoga classes, some retail outlets, including mobile phone service providers, cafes, pubs, hairdressers and restaurants.

The only places the unvaccinated can enter are ‘essential businesses’, like supermarkets and pharmacies. People who are fully vaccinated need to use the Medicare app on their phones to show vaccination status, or a printed certificate.

The Government’s much talked about QR-check-in/vaccination certificate verification scheme which will be run via the Services NSW App, is not yet operational.

Business owners face fines for allowing entry to the unvaccinated

While this does seem unfair for those who’ve abided by Public Health Regulations, Stay at Home and curfews for weeks, yet choose not to be ‘coerced or forced into being vaccinated for their own personal reasons, the Public Health (COVID-19 General) Order 2021, Part Two, Division 5 has a specific section which deals with the  additional restrictions on unvaccinated adults.

It provides as follows:

(i) the National Trust, or
(ii) the Historic Houses Trust.

(2) An unvaccinated adult must not be on premises referred to in subclause (1) in the general area.

(i) a member of the person’s household, and
(ii) a fully vaccinated person.

(4) This clause does not apply to a person who is on the premises for the following purposes—
(a) because of a service to assist vulnerable members of the public, for example a food bank or a service providing for the needs of homeless persons,
(b) to purchase food or beverages to be consumed off the premises,
(c) to attend a small funeral or memorial service or small wedding service,
(d) to use a click and collect service.

(4B) Subclause (4A) and this subclause are repealed at the beginning of 1 November 2021.

(5) In this clause—higher risk premises means the following—
(a) entertainment facilities,
(b) recreation facilities (major),
(c) hospitality venues,
(d) places of public worship,
(e) premises at which a significant event is being held, other than a small funeral or memorial service or small wedding service

The New South Wales Government says these orders will be wound back for all on 1 December 2021, but there is nothing in the order about this, except for a clause which says subclause 4(A) will be repealed on 1 November.

For months, the date when the vaccinated and unvaccinated will be treated equally has been linked to vaccination rates, with the State now pushing for 80% double-doses which is expected to be reached in Mid-October.

The Government remains non-committal on many aspects of what happens after that — the only guarantee right now once that milestone is reached is that some restrictions, including mask mandates, would be eased seven days after it’s reached.

Business owners and hospitality staff are on tenterhooks, worried not only about the risk of virus transmission – the vaccination is not designed to stop transmission, it is only designed to reduce the severity of the virus for anyone who gets it.  They’re also concerned about having to deal with aggravated patrons not allowed to enter.premises.

For weeks, business owners have been concerned about having to police public health policy and with good reason.

The  NSW Government says it has issued guidelines for staff training and signage, but the legislation is not clear, and it keeps changing.

“People aged 16 years and over will only be allowed entry into some venues or settings if fully vaccinated, along with people with exemptions.

In some venues, children under 16 will have to be accompanied by a fully vaccinated member of their household to enter. This includes hospitality venues, non-critical retail stores, personal services, sporting, recreation and entertainment facilities and events.”

Some businesses have refused to discriminate against the unvaccinated, although they are doing so at their own peril. On the spot fines of $5,000 may apply to businesses for not complying with the Public Health Order vaccination requirements.

Individuals who don’t comply, or use fraudulent evidence of vaccination or check-in can be fined $1,000.

Further penalties may apply for significant breaches for both businesses and individuals.