Feeding the Chooks: Scott Morrison’s Manipulation of Mainstream Media. The Best of 2020. 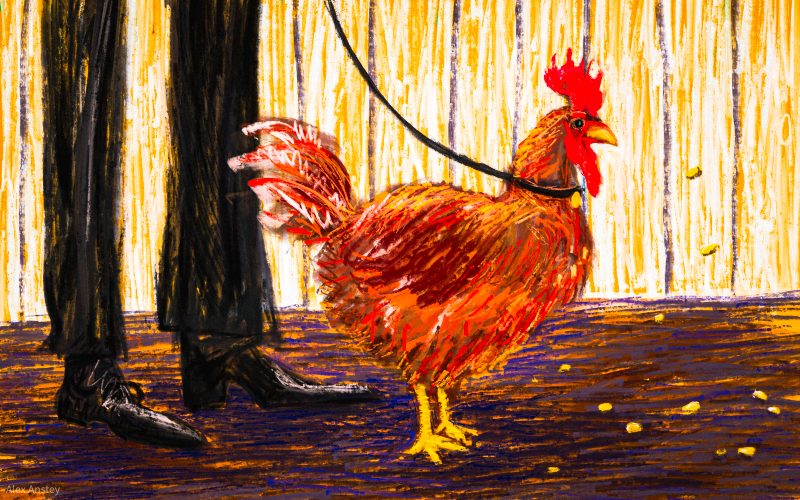 By Callum Foote and Michael West

Scott Morrison has perfected the art of media manipulation by briefing a select club of Canberra correspondents at once, rather than leaking to individual media outlets. Callum Foote and Michael West report on the marketing genius of the Prime Minister and the increasingly meek mainstream media.

“On Thursday, March 26, Morrison summoned a handful of senior journalists, one from each mainstream outlet, to meet him in the cabinet room where he would speak frankly about the state of play. He would do this on a handful of occasions during the coming weeks. John Curtin, Labor prime minister from 1941 to 1945, did the same thing during World War II.”

So wrote Rob Harris, the National Affairs Correspondent for the Sydney Morning Herald and The Age on June 10.

As one, they “broke the news” that the government intended to spend taxpayer money to build a gas-fired power plant and gas pipelines and open up new fields for gas fracking.

“Prime Minister Scott Morrison will on Tuesday promise a “gas-led recovery” from the coronavirus recession by making sure Australian manufacturers can gain access to the energy they need to compete with overseas rivals,” wrote David Crowe, chief political correspondent for the Sydney Morning Herald and The Age. He cited a policy document.

Similar stories appeared in the Australian Financial Review, The Australian and other mainstream media. But there was no public announcement, no policy disclosure; only a cosy briefing to a tight crew of chosen Canberra-based journalists.

Energy Minister Angus Taylor had already been booked for Fran Kelly’s ABC Breakfast radio program. Morning TV and radio took their cue from the blanket coverage in the mainstream media and praised the gas plan too. The agenda had been set.

It was all staged, planned and choreographed to manipulate public opinion en masse.

And Labor was as silent as a mouse. They are similarly captured by big gas via tight-knit lobbying connections and years of donations.

Yet by the afternoon, the plan was already being discredited. Energy generation and retailing juggernaut AGL said the new gas plant was not needed. So, too, did energy markets operator AEMO. A former BP president even dubbed it an “industry rescue package”.

Much of the media promptly backflipped, with the notable exception of fossil fuel cheerleaders in Rupert Murdoch’s The Australian. Yet the damage was done. The corporate media and a gun-shy ABC had run the press campaign for the government, deceiving millions of Australians.

It was just the latest blatant example of media capture, what the notorious Queensland premier of yore, Joh Bjelke-Petersen used to describe as “feeding the chooks”.

Cabinet ministers have always leaked to the media in return for favourable coverage. During the tenure of Labor prime minister Kevin Rudd, the joke around newsrooms was that senior Fairfax correspondent Peter Hartcher was so close to Rudd that senior ministers would wake up in the morning to see policy announced in the Sydney Morning Herald before Rudd had told his most senior ministers.

The difference now, under the shrewd media management of Scott Morrison, is that the office of Prime Minister and Cabinet no longer “drops” its press releases to a single journalist or outlet. “The drop” is made to a group of senior journalists from a group of outlets.https://www.youtube.com/embed/xihRUBm_3i4?start=1&feature=oembed

Where previously journalists from rival media would bring a critical eye when following up a story they had missed, now all major media outlets run the same story at the same time.

It is how the Government ensures favourable press coverage. If a journalist refuses to play ball, they face being excluded from special briefings and future drops. How would these journalists explain to their editors why they missed the story?

“In one sense I understand what has happened if the confidential briefing of selected journalists in Canberra is going on. But mindful editors can implement counter measures … by assigning other journalists to follow leads and, where necessary, kick the government in the accountability shins.

“Rupert Murdoch, of course, rejects all this ethics crap. The record shows the Murdoch culture cuts straight to the chase by effectively blackmailing or intimidating governments and their spin doctors: ‘give us the first drop on government news or a stream of bad headlines can be expected to follow.’ It’s worked a treat for News Corp in Australia for years.”

One Canberra correspondent who declined to be identified told Michael West Media the financial distress in mainstream media had flow-on effects in newsrooms – fewer journalists and lower pay – which meant less time spent on stories and less experienced journalists writing about government.

It is a sentiment echoed by veteran investigative journalist Wendy Bacon, who said the lack of resourcing and expertise had led to a deterioration in culture.

“Younger journalists have not been brought up in a culture where you stand up for your story. They are scared for their jobs. If you think you might be out the door, you take fewer risks. If you don’t like the story angle (put forward by a government source or a newspaper editor), are you willing to put your job on the line?”

Senior independent journalists such as Crikey’s Bernard Keane and Michael Pascoe at The New Daily have been increasingly scathing of the mainstream media’s sheep like coverage.

Says Pascoe: “Along with ‘gossip’, ‘family matters’, ‘Canberra bubble’, ‘I just reject the premise of your question’, ‘I’ve dealt with that’ and ‘that’s your view’, we now have ‘I think we’re going to stay with the health of Victorians today’ as a means of running away from a scandal.”

“There is a world of difference between Xi Jinping’s media ‘management’ and Scott Morrison’s, but they stem from the same desire: to impose the government’s view on mass communications, to dominate the news cycle and to avoid embarrassing issues.”

Key parts of announcements are handed out the day before, giving the government two bites of the cherry. It gains positive headlines in the morning newspapers, TV and radio – and then gets another run in the evening news after a speech or a policy announcement as further details emerge.

The Government has handpicked senior journalists and editors to publish Morrison’s drops. The usual process is that they all publish the contents of his media releases, or briefings, at 10.30pm or thereabouts, well before details are publicly announced.

For example, Morrison announced the gas-fired recovery on Tuesday September 15. Yet the night before, from around about 10.30pm, The Guardian, The SMH, The Australian, The AFR and The Conversation all ran the announcement, ready to be picked up by the morning breakfast and news programs.

The PM’s announcement on August 26 that the defence industry would receive a $1 billion stimulus was heralded the night before by The Guardian, ABC, AFR, SMH, The Conversation and The Australian.

Then there was the fantastic vaccine deal that turned out to be just a letter of intent. The same media groups all ran the good word at 10:30pm on August 19, before realising the “deal” was not what it was cracked up to be the next morning. Pharma company Astra-Zeneca clarified there was no deal, only a letter, and assorted scientists cautioned about the perils of claiming there was a vaccine when there was not yet a vaccine.

As for Morrison’s push for tougher cyber laws and a side-eye at China, this was loyally run the night before by The Conversation, the AFR, SMH and The New Daily.

The servility of the mainstream media has coincided with the rise in government payments to non-government organisations such as The Australian Strategic Policy Institute (ASPI, which echoes the government’s rhetoric on China) and business lobbies such as AI Group, which receive financial benefits from the government and espouses its economic agendas in the press.

Another mainstream media plant was the new Closing the Gap initiative. The Australian, The Conversation, the Financial Review, the ABC and The New Daily ran the Government’s line about the failure of the scheme while failing to mention Tony Abbott had cut $500 million from Kevin Rudd’s original scheme.

The list of drops is extensive, weekly, often daily, too extensive to record in this space. From coronavirus policy to JobKeeper, Defence and economic narratives, it has been an incredibly successful strategy for the man dubbed #scottyfrommarketing on social media. And the loyalty of the chosen outlets seems assured.

In return, the government has put pressure on ACCC competition tsar Rod Sims to compel Google and Facebook to pay the mainstream media for its content, in effect propping up their foundering business models.

Toeing the government’s line on media agendas does not just involve being handed the press release one day early, it also involves self-censorship, avoiding stories which are problematic for government, or at least underplaying them.

Michael West Media recently published details from Freedom of Information requests gathered by Senator Rex Patrick which showed that the water at the heart of Angus Taylor’s Watergate scandal was valued by Colliers International at $40 million rather than the $80 million that Barnaby Joyce, as water envoy and on behalf of taxpayers, paid by Taylor’s former company EAA.

Not only did this story fail to appear in the mainstream media, it was first offered by the investigative reporter to the SMH, Guardian Australia and the ABC, which all declined to run it. The revelation a few days later that similar water licences to those valued at $40 million were valued at $0 just a few years earlier was seemingly again not newsworthy.

That the Attorney-General, the highest law maker in the land, broke the law over a three–year period should also feature as prominent news, but Christian Porter’s failure to table in parliament secretive National Security Information orders only appeared in Pearls & Irritations and Michael West Media.

Callum Foote is the Revolving Doors editor for Australia’s leading investigative news site Michael West Media, exposing the links between the highest level of business and government. These links provide well-resourced private interests with significant influence over Australia’s policy making process. Callum has studied the impact of corporate influence over policy decisions and the impact this has for popular interests. He believes that the more awareness this phenomenon receives the more accountable our representatives will be.