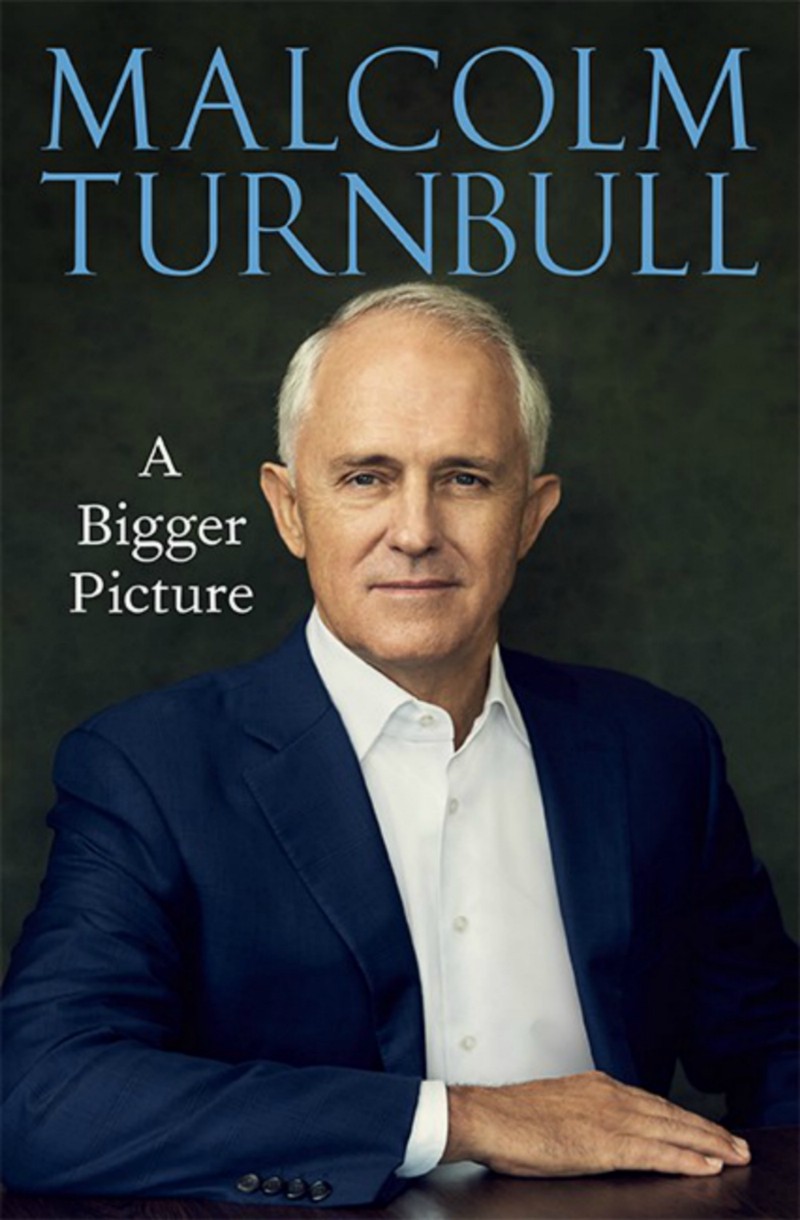 Guantanamo Bay and A Bigger Picture

The publicity blurb for the shortly to be released book A Bigger Picture by former Australian Prime Minister Malcolm Turnbull makes the claim that he “stood up to Donald Trump”.

But thereby hangs a tale. And a story about Australia, Turnbull, Trump, secretive refugee deals and Guantanamo Bay inmates that I as an Australian journalist could not sell.

Showing up at a newspaper office every day, as I did for a quarter of a century, means your investment in whether a story gets a run or not is irrelevant. You get paid either way. As a freelancer you can be a bit more picky about what you write, but you don’t get paid unless you get a run. And since I left mainstream newspapers, that’s been a dilemma.

One story in particular got on my goat.

And that was a potential refugee deal between Australia and America, in which America would take 1250 of the refugees on Manus and Nauru Islands.

In return for what? It was never clear; and to this day a simple Google search shows conflicting explanations and varying interpretations if not blatant rewritings of history.

Why exactly would America be prepared to inflict on its own citizens and security services 1250 people not considered fit to settle in Australia.

From the very beginning of the Obama administration in 2009, US officials began making repeated requests to Australia to take Guantanamo Bay inmates. Other countries, including Switzerland, Spain and Oman, had already taken inmates.

Obama, with an eye to his legacy, was eager to fulfil his pledge to close down Guantanamo Bay during his first year in office. “Gitmo”, with its extended histories of torture and mistreatment, had long proved an international embarrassment.

Was the main quid pro quo of the refugee deal that we would take Guantanamo Bay inmates and help Obama fulfil his promise?

The swap could have solved embarrassing problems for both leaders.

The Australian government was being accused daily of cruel and inhumane treatment of asylum seekers on Manus and Nauru Islands.

Obama could keep his promise; Malcolm Turnbull, in the lead up to the 2016 election, could rid himself of the embarrassing saga and also keep his promise that these people would never set foot in Australia.

The whole refugee deal was remarkably secretive from the start and to my mind never made any sense without the Gitmo inmates being part of the equation.

Turnbull would even have had academic support for the move, with some arguing that Australia, through its highly contentious involvement in the Iraq and Afghanistan wars, had participated in the creation of the problem of Guantanamo and all it had come to mean. As such, Australia should help resolve it.

“The Howard government went the wrong way by supporting the system of detention and military commissions at Guantanamo Bay set up by George W. Bush. That system, widely discredited as illegal under the laws of war and human rights, is still operating.

“Obama needs all the help he can get from close allies such as Australia as he seeks to close Guantanamo. Australia bears a special responsibility because our former government enthusiastically supported that system. Prolonged arbitrary detention of innocent people was partly done in our name. As a country committed to human rights and the rule of law, Australia has a duty to help clean it up.

“Australia now has an opportunity to help remedy the evils partly done in its name during Bush and Howard’s war on terror. Australia must help Obama to close Guantanamo. The next step will be convincing our ally not to make the same mistakes all over again.”

The story began unravelling when, in the days following his inauguration, US President Donald Trump and Prime Minister Malcolm Turnbull had a famously fractious telephone call.

The transcripts were subsequently leaked to The Washington Post.

At one point, Trump informed Turnbull that he had spoken with four other world leaders that day — including Russian President Vladimir Putin — and that this was “the worst call by far”.

Trump was equally as blunt about the arrangement Turnbull and Obama had made, calling it “the worst deal ever” .

Of course, while Obama may have been desperate to close Guantanamo Bay, Trump had no such qualms, declaring before his election that he was “gonna load it up with some bad dudes”.

As I wrote in the unpublished story:

“The Worst of the Worst. Coming to a Suburb Near You.”

These are the very last headlines a beleaguered Malcolm Turnbull wants to see.

Yet he was refusing to deny that as part of the Manus/Nauru refugee swap Australia is preparing to accept inmates from Guantanamo Bay as the ultimate sweetener to the deal.

The political fallout for Australia’s potential support in relocating the final Gitmo inmates was described by experts as everything from “incendiary” to “sulphurous” to “electoral suicide”.

But it was just the type of action an imperious, tin-eared Turnbull would take. Anything to crawl up Obama’s trouser leg, which he practically did when Obama very publicly invited him to visit the White House.

The Guantanamo population was down to just 41 at the beginning of 2017, according to the US figures.

The controversy over whether or not Australia was preparing to take Guantanamo Bay inmates centres around the only words in the entire 2017 Trump/Turnbull transcript which are recorded as inaudible:

Turnbull: “We will then hold up our end of the bargain by taking in our country 31 [inaudible] that you need to move on from… Basically, we are taking people from the previous administration that they were very keen on getting out of the United States. We will take more. We will take anyone that you want us to take.”

When I contacted them The Washington Post reporters behind the story confirmed that the word “inaudible” was in the transcript leaked to them.

Security experts confirmed that “inaudible”, considering the state of the art audio equipment in the Oval Office, most likely meant “redacted”.

In response to direct queries on whether “taking in our country 31 (inaudible) that you need to move on from” should read “31 Guantanamo Bay inmates” the Prime Minister’s office stonewalled.

A spokesman insisted Malcolm Turnbull would be making no further comment beyond his previous statement: “I’m not going to comment on the leak of this supposed transcript, let me just say that the nature of our relationship with the United States in this area is one of mutual assistance. So we help the Americans, they help us, it’s in the context of a very big relationship of mutual support.”

Only two Gitmo prisoners, both Australians, have so far been relocated back to their home country, David Hicks and Mamdouh Habib.

Both generated controversy and brought with them tales of torture and ill treatment.

Previously whenever the question arose, the government always issued statements denying that Gitmo inmates would be coming to Australia.

This time around, no such statements.

In response to my questions on the refugee swap Opposition Immigration spokesman Shayne Neumann issued a closely worded statement:​ “Anyone resettled in Australia must first pass strict security, character and health checks. Labor has called on Malcolm Turnbull to release the details of the US-Australia refugee resettlement agreement.”

Terror expert at the Australian National University Dr Clarke Jones said given the revelations over the government’s cynical approach to the refugee issue, a refugee swap including Guantanamo Bay inmates was likely “on the money”.

He said the galvanising impact on Australian jihadists of having the “celebrated” inmates of Gitmo inside the Australian penal system needed to be closely examined.

Head of the Border Security program at The Australian Strategic Policy Institute John Coyne, told me that international studies confirmed that beyond the pure political poison of the move stood substantial costs to the taxpayer of hosting international terrorists. These included 24/7 surveillance and costs of caring for people suffering the physical and psychological consequences of torture and lengthy confinement.

But like everybody else, Coyne would neither confirm nor deny.

I had his my first front page story before the news editor I was dealing with at the time, who was less than half my age, had even been born.

But convincing him that the refugee Guantanamo Bay story was “a cracker of a yarn” took an insane level of persistence, and the editor was insistent that he would need someone from the government to go on the record or he couldn’t run it.

No government spokesperson who wanted to keep their job was going to say a word about this one.

You can build a story out of denials perfectly well. Float a proposition. Report on the stonewalling. Bang, done. Easy.

Whether or not my suspicions were correct, and indeed I am almost certain they were, having had it off-the-record confirmed by someone in a position to know, in the face of such a solid wall of obfuscation any news organisation worth its salt should have run the story.

The government could have killed it off in an instant with a straight forward denial. They didn’t.

Instead I found himself being stonewalled, not just by bureaucrats and political staffers, but by my own editor.

If not here, where? If not now, when?

In the end the deal never went through, and Australia did not take any Guantanamo inmates. My suspicion is that once government officials realised they were about to dump a bucket load of electoral poison all over themselves, with a journalist sniffing around the story, the plans were abandoned.

We will probably never know the truth.

A dishonest and incompetent government is a paranoid government. The truth must never come out. The Turnbull government treated the public like fools. But there always comes a Judgement Day.

Malcolm Turnbull did more to destroy freedom of speech than any other Prime Minister in Australian history; overseeing a conglomeration of media ownership and the passing into law of rafts of anti-journalist legislation under the guise of national security.

Until the government started raiding journalists and the Right to Know movement was born, the media itself looked the other way.

Now they’re all looking Turnbull’s way. And yes, there is A Bigger Picture.

The blurb claims his book is candid, compelling and lyrically written, while his achievements were “remarkable in their pace, significance and that they were delivered in the teeth of so much opposition.”

As are cries of outrage, derision and outright contempt from his detractors, including many from his own side of politics.