Look at Australian Prime Minister Scott Morrison and See For Yourself. The Best of 2021. 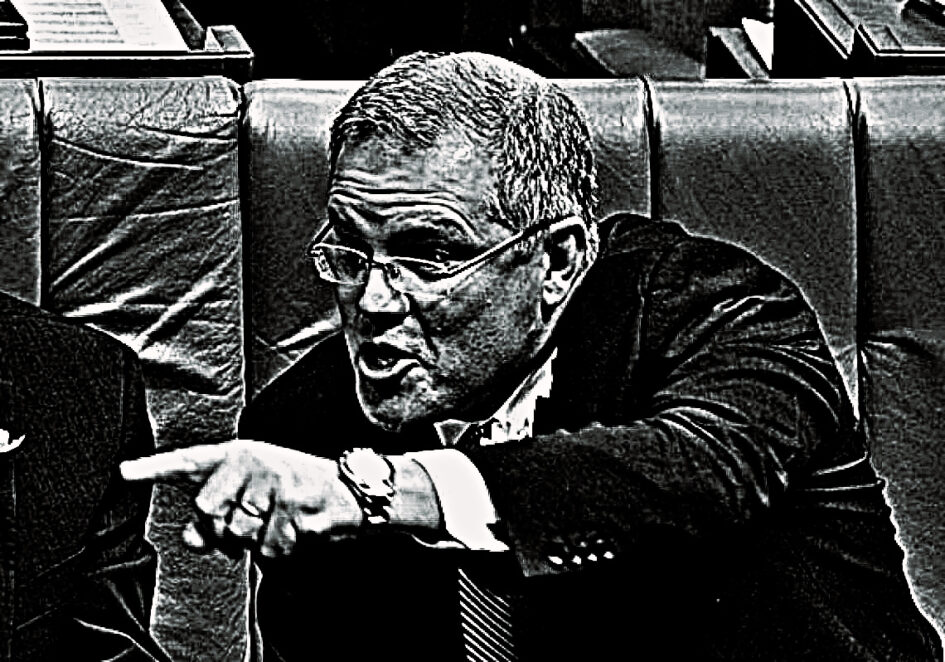 By Bruce Haigh: Pearls and Irritations.

Australia’s ruling Liberal National Party coalition, led by the mendacious Morrison, is in a bad place. Morally bankrupt, it is destructive, by default and design. Many have followed, both blindly and with intent, and now find themselves equally bereft.

Morrison sets the tone. He insisted on getting the Pfizer Injection for Covid while the rest of the population have been allocated the inferior AstraZeneca. The government looked on while people committed suicide because of illegal debt demands issued by Centrelink. Legitimate refugees, including children, remain locked up, some for seven years.

A crisis around the spread of Covid has been growing in PNG for the past month. The Government said and did nothing until, on 19 March, Médecins Sans Frontieres, was strongly critical of the Australian Government.

The response was risible. The Government dispatched three medical aid workers and 8000 Covid vaccines. Following press reports that the virus had reached southern PNG, with a danger it might pass through the northernmost Australian Island of Boigu into Queensland, the Government dispatched 17 AUSMAT specialists to Port Moresby on 9 April for 4 weeks.

A small load of equipment, including stretchers, tents, vaccine refrigerators, cool boxes and aspirators was sent with them on an RAAF C-130. Shortly after arrival, the team leader, Dr Tacon, described the situation in Port Moresby as very concerning.

It is more than concerning it is a disgrace. At a Pacific Islands Forum meeting in September 2015, Dutton was overheard making disparaging remarks to Abbott about the Pacific Islands. It amounted to racism. As Immigration Minister, Dutton underlined his racism with cruel and unnecessary detention and medical regimes which brought about suffering and humiliation. When saddled with the same responsibilities Morrison displayed equivalent heartlessness and incipient racism. Not overt just sly, deniable indifference and neglect.

I make this point because both men have it within their ‘responsibilities’ to act with haste in respect to the humanitarian crises in Timor Leste and PNG. Floods and landslides have killed more than 50 people in Timor Leste since 5 April. The capital Dili was under water. Many homes have been lost, businesses ruined, roads washed away, other infrastructure has been damaged and hunger and disease are looming.

There has been nothing except a promise from the Australian government that it would help. In the meantime, the Timorese community in Darwin has put together enough relief supplies to fill a shipping container and raised $25,000.

Sitting in Sydney harbour are two vessels that could make an enormous difference, HMAS Adelaide and HMAS Canberra. Both have fully equipped hospitals, auxiliary power plants, helicopters and extensive vehicle and supply capacity. One should be equipped and deployed to Dili and, on the way, pick up the relief supplies from Darwin. The other should be sent initially to Port Moresby and then other ports in PNG, to supply and administer Covid vaccines. One-third of the AstraZeneca vaccines being manufactured in Australia could be set aside for this urgent task.

These vessels have the capacity to deliver aid to remote communities. As part of aid relief to Timor, Covid vaccines should be administered. Australia has said from 19 April it will set aside 10,000 locally manufactured AstraZeneca for PNG, Pacific Nations and Timor. This is nowhere near enough. Nor has there been any indication as to how it is proposed to distribute and administer these vaccines.

Australia is paranoid about China gaining a toe hold in the region. China has offered 200,000 doses of its Sinopharm Covid vaccines to PNG. The vaccine apparently requires WHO and local approval. Sinopharm has been used in the UAE and Bahrain and throughout China.

There is no evidence that Australia has intervened to prevent the use of Sinopharm in PNG. Rather than seeking to fight China on every front, Australia should act co-operatively for the common good of neighbouring people suffering from natural disaster and the pandemic.

But this mean-spirited and selfish behaviour on the part of the LNP is part of a pattern. In order to gain advantage over Timor Leste in the carve-up of undersea oil reserves, Australia, in 2004, under Foreign Minister Alexander Downer, bugged the Prime Minister’s office to learn Timor’s negotiating position with respect to the Greater Sunrise concession.

Australia’s overseas spy agency, ASIS, then under the direction of David Irvine, undertook the bugging. The ASIS agent involved was eventually advised to make this information public. And on so doing was charged, brought to secret trial with his lawyer Bernard Collaery by none other than the former Attorney General Christian Porter.

The agent is known as Witness K. This action was vindictive and designed to punish Collaery and Witness K for having exposed the dirty dealings and moral failure of Downer and Howard. Australia, as a far more wealthy and powerful country, attempted to defraud and bully the small and poor nation of Timor Leste into giving up oil reserves that were rightfully theirs.

Australia has bullied and tortured refugees for the past 25 years for no reason other than to deter genuine refugees from coming to Australia. Boats have been turned back. Australia’s actions with respect to refugees transgress not only international treaties to which Australia is a signatory but also domestic laws.

All the while it was arguing the case for the efficacy of deterrence the Australian government knew it was lying. It was paying people smugglers, officials, police, politicians and defence personal not to accept money from desperate refugees seeking to come to Australia by boat. So incredibly mean and wanting to punish refugees the Australian Government refused an offer from the New Zealand Government to resettle refugees held in detention camps in Australia.

From the NDIS to extensive cuts in Australian overseas aid, particularly to Africa, LNP governments have seemingly taken delight in harming the poor and disadvantaged. Why? It is hard to understand but there are indicators. There is the lack of morality and corruption illustrated by the sports rorts and community programs scandal, paying Barnaby Joyce $600,000 for a non-existent drought report and the billions of dollars paid to contractors charged with running refugee detention facilities. One can only guess at the size of possible kickbacks.

We are told by ABC Four Corners on 12 April 2021 that the government persists with pushing fossil fuels because of financial donations to the LNP. The government’s position flies in the face of the science on climate change and the viability of renewable energy.

But it is the absolute abrogation of moral responsibility, indeed it rates as moral degradation to cover for individuals, one a politician the other a staff member, accused of rape. There is no moral compass in evidence by Prime Minister, Scott Morrison, nor of other Ministers and advisers in relation to horrible crimes. They have taken the nation to the bottom of the barrel. Little wonder then that they cannot see and/or refuse to respond to humanitarian disasters in our neighbourhood.

Morrison’s reaction to the Australian bushfires should have warned us. His reaction to the failure of the roll-out of the Covid vaccine is a further indicator of a deeply troubling lack of empathy and compassion. Placing him on parr with Trump.

Equally troubling is the failure of the MSM to respond and show concern with the plight of people in PNG and Timor Leste and the trashing of human rights in Myanmar. Even more troubling is the absence of voices from religious institutions and ordinary Australians on these issues. Where are we at and what have we become when we take our lead from the likes of Morrison.