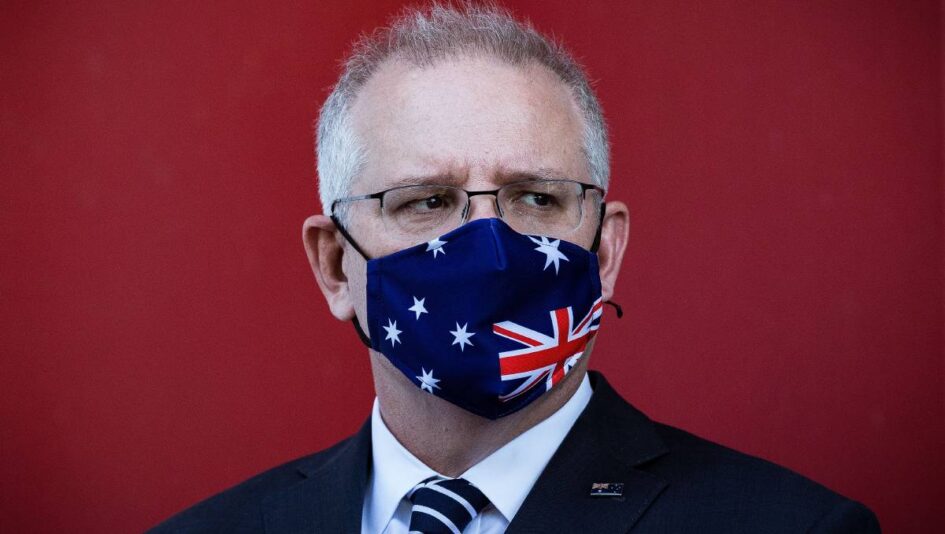 This month about as many people have died with COVID in Australia – more than 1,000 – as die in the whole of a bad year from influenza.

“Because of extraordinarily high virus transmission, we’re getting more deaths now in this ‘enlightenment’ COVID time than in the ‘dark ages’ time,” says Brendan Crabb, research scientist and director of the Burnet Institute.

“On a seven-day average, we are now seeing more than 60 deaths every day, with no sign yet of a decline. Lessons from the UK and US are that without effective controls we may settle on a high baseline toll beyond the Omicron peak that is not much below this.”

Yet as deaths suddenly spiked in the last few weeks, attention on them doesn’t seem to have spiked proportionately.

The pandemic news of January has been been dominated by the shortage of RATs, supply-chain problems, and pressures on the health system.

We have not learned to live with the disruption of Omicron, or as yet to strike the most effective response to it, but we are not, it seems, traumatised by its current death toll.

At least, not most of the country. This week Western Australian Premier Mark McGowan justified delaying his plan to open the state border on February 5 by highlighting the deaths elsewhere.

“As you’re seeing over east, huge numbers of people are dying,” he said. He’s copped plenty of criticism for his turnaround.

In COVID’s early days in Australia, deaths were very much front and centre in public attention. Now, despite a highly vaccinated population and a less lethal variant of the virus, the substantial death numbers are higher than the narrative of late 2021 led us to anticipate. However, they aren’t leaving such a deep imprint on the public consciousness.

The earlier dire warnings to the unvaccinated about the risks they ran were absolutely accurate. But the statistics are also showing that many of those dying with COVID were vaccinated. Clearly vaccination is not the be-all-and-end-all it might have sounded. Just as in driving your car, the seat belt offers protection but is not a guarantee of survival in a crash.

Anyway, the authorities have quickly changed their messaging from the importance of being doubly vaxxed to the necessity of that booster. Crabb says vaccines are “brilliant” and the most important thing people can do is to have three doses. “But it doesn’t make you bullet-proof, nor protect those around you. Any effective strategy has to be more than vaccines.”

On various fronts, Australia’s journey through Omicron has not been managed effectively, which reinforces the already strong argument for a royal commission into how the pandemic in general has been handled.

Anthony Albanese this week took his “small target” strategy to the extreme when, appearing at the National Press Club, he was asked whether if he becomes prime minister he would set up a royal commission.

The Labor leader declined to commit. There’d need to be an “assessment” of what had been done, he said. He conceded Labor had considered a royal commission, but the matter hadn’t been though its “process”.

Albanese mightn’t want to take attention off the RATs shortage and other issues by promising a royal commission. Or perhaps he fears advocating it would open him to Scott Morrison’s again accusing him of playing politics. It could be cast by critics as tit-for-tat for the Abbott government’s royal commissions into its Labor predecessor, notably into the “pink batts” scheme which resulted in many house fires and several deaths.

But the case for a commission is overwhelming, especially to inform us about what needs to be done to ready for pandemics in the future. It is needed to investigate all fronts: health, economics and governance.

Especially in the early stages of the pandemic, everyone welcomed “health advice” being followed by governments. But the term “health advice” concealed some sharp differences that occurred among experts. These continue today, as we grapple with Omicron.

A royal commission would enable better understanding of the debates that have gone on, and go on, within the health establishment, including at the Australian Health Protection Principal Committee (AHPPC), the group of federal and state advisers to the national cabinet. Mostly, differences within that group have been mired in secrecy.

Unreadiness and slow reactions have led to some of the serious problems in handling COVID. These have included the initial slow rollout of the vaccines, and latterly the tardiness in obtaining RATs.

Political failures account for part of these problems, but what about the bureaucracy? The pink batts royal commission identified faults in the Environment Department. Has the federal Health Department been found wanting in this crisis and what changes are needed? And what about the responses of the state health systems?

In general the Australian economy has held up well during the pandemic, and that has been substantially due to government programs. At the same time, some funds have been wasted and an outside investigation would be instructive on how things could be done better if circumstances repeated themselves.

A detailed probe into the supply-chain issues could lead to more belts and braces for the future.

The debate about governance has been fraught during COVID, which exposed just how much power the states have in the federation.

Morrison’s innovation of the “national cabinet” has run side by side with premiers taking their own courses on matters from schools to borders.

Critics of the states would have liked to see Morrison able to exercise near-total authority. Conversely, many of Morrison’s critics believe tough premiers were what held the deaths in check for so long.

How the federation has operated during COVID and what adaptations are needed would be major issues for a royal commission.

And then there’s Australia’s international response. Much attention was on the government’s call for an inquiry into the pandemic’s origins, but what about Australia’s role in a co-ordinated global response?

Like Albanese, Morrison’s line is that the time to talk about “reviews or whatever” is not now.

But calls for a royal commission are coming from across the political spectrum, ranging from backbench Labor through the crossbench to some on the right in the Coalition, although motives vary and there are differences about timing.

Some of those against such an inquiry point to the drawn-out nature of royal commissions. But the investigation would not divert from current efforts and could be staged, reporting progressively.

To the argument “not another royal commission”, the answer is that such comprehensive investigations look under the rocks, produce a wealth of information, and concentrate the attention of policymakers. Who would say the royal commissions into banking and aged care were not worth the effort?

A royal commission would not take away from Australia’s undoubted successes in dealing with COVID. Rather, it would be a form of insurance, putting us in the best position to confront a possible Mark 2 pandemic.

Editor’s Note: A Sense of Place Magazine does not agree with Professor Grattan’s suggestion that Australia’s approach to the pandemic has been a success. On the contrary. These times have taught us many things. As the Roman Emperor Marcus Aurelius suggested almost 2000 years ago in his famous Meditations, we should learn to “endure freedom of speech”. A lesson entirely lost on the nation’s leaders, who have instituted a reign of unbridled censorship and media manipulation over the past two years.