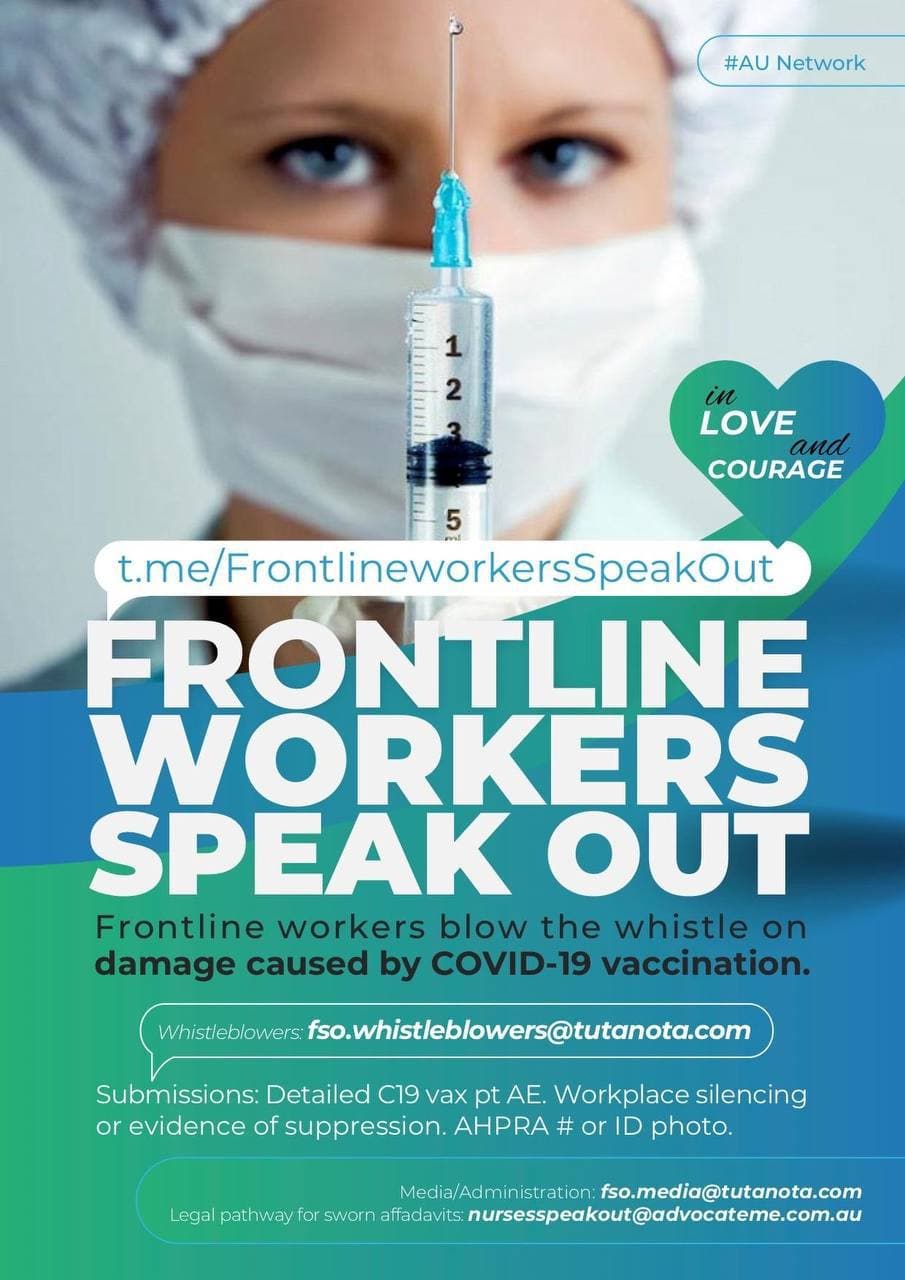 The mandating of highly controversial vaccines, that is forcing a medical procedure onto an often reluctant populace, is creating havoc all around the world. No more so than in Australia, where this month thousands of people have faced the sack or left their jobs in tears as a result.

Those impacted include nurses, teachers and police officers.

The mandating of vaccines which are yet to receive final regulatory approval and have only been licensed under emergency legislation is creating havoc across multiple industries, while a massive government propaganda campaign to “get the jab”, conducted against daily updates of international data showing a declining efficacy for the procedure, is spurring yet further conflict.

The Covid era has placed the political caste front and centre of everybody’s lives, and the backlash is growing daily.

There have been very few heroes in this benighted era, but one of those to emerge has been Sonia Hickey, a freelance writer whose work appears regularly on the Sydney Criminal Lawyers Blog. Her writing has been strong, compassionate and right on the money.

There are a number of legal actions against vaccine mandates working their way through the courts. Here she explains the background for some of what is occurring.

More than 100 people have joined a legal challenge in Victoria against the state’s mandated vaccination policies.

The policy of requiring workers in certain industries to obtain COVID-19 vaccinations has forced millions of authorised workers including construction workers, teachers, aged and health care workers, real estate agents and professional drivers to be vaccinated or risk losing their jobs.

In Victoria, much like here in New South Wales, vaccinations have also been linked to greater ‘freedoms’ out of lockdown.

But those who are opting to fight back are growing in number.

The Victorian legal challenge originally was started by a teacher and her husband and now includes more than 100 complainants across multiple industries, including nurses, an employee from the Department of Justice, a surgeon and an employee of vaccine manufacturing company CSL in Melbourne – the latter having worked on the production of the AstraZeneca vaccine.

The group is accusing the state’s chief health officer Brett Sutton and other senior health bureaucrats of breaching the state’s Human Rights Charter by imposing what in practical terms amounts to a mandate.

The court date for the action was originally listed on 21 October 2021, but has been postponed as more and more people join the challenge.

The original complainants, Mr and Mrs Cetnar, claim court documents that the state’s policies are an “extreme measure” that are inconsistent with human rights provisions.

They also argue that the directives for mandatory vaccinations are not a proportionate response to the pandemic, and question the safety and efficacy of the vaccines themselves.

It’s the first challenge of its kind in Victoria.

Another similar set of challenges was recently dismissed by the Supreme Court of New South Wales, but a significant difference is that Victoria has a Human Rights Charter – as does the ACT and Queensland, whereas New South Wales does not.

The court will need to decide whether the mandates infringe these rights and, if so, whether the directions are nevertheless lawful due to an overriding need to put them in place in the current situation.

Victoria’s current State of Emergency is due to end on 18 November 2021.

The Victorian opposition is against extending these powers yet again, calling them a “power grab” by Premier Daniel Andrews, who has been heavily criticised for his tough approach to pandemic management – an approach which has meant that Victoria has been under lockdown longer than any other jurisdiction in the world.

Prior to the Emergency Powers ending next month, the Victorian Government is trying to push new pandemic laws through Parliament which would replace State of Emergency Powers.

Under the draft proposal, the Victorian Premier would be given the power to declare lockdown for three months at a time, with no outer limit on the total duration of the declaration.

The Minister for Health would also be given power to sign off on public health orders, rather than the chief health officer.

The laws look very similar to those currently in place in New South Wales, where no State of Emergency news to be publicly declared, and whereby the Health Minister has broad authority to set public health regulations.

Pandemic laws are ‘draconian’ and ‘unnecessary’

However, under the Victorian proposal, the new laws include having an independent oversight committee which would include public health and human rights experts to review public health orders, as well as a direction that all public health advice must be made public and tabled in parliament so the community can better understand the reasons behind the decisions made by the government.

Also under the proposal, QR code data can only be used for health purposes, not accessed by the police for other reasons.

The penalties are also severe. Under the proposal, if a person fails to comply with a health order and knew, or should have known that it would pose a “serious risk” to the health of others, they could  face a jail sentence of two years or a $90,000 fine. Businesses could be fined $455,000.

While Daniel Andrews is talking up the ‘transparency measures’ within the draft legislation and the making of public health orders, there are some other concerning aspects, in particular that the Premier would have the ability to shut down a protest.

There are still some MPs who are extremely wary of the extensive powers granted to the Premier and the Health Minister under these proposed new pandemic laws, calling them draconian and unnecessary, particularly given that under Victoria’s current State of Emergency Laws, the State of Emergency must be officially declared and can only be extended with the approval of Parliament for four week periods up to a maximum of 12 months in response to COVID-19.

The Victorian opposition is planning to introduce a private member’s bill into parliament to limit the government’s ability to declare an emergency or pandemic for no more than 30 days unless it has a special majority vote in both Houses of Parliament.

The bill would also require the Premier to provide every non-government party leader and independent MPs with regular briefings justifying the use of state of emergency style powers.