The Political Flouting of Pandemic Restrictions Is Anti-Democratic 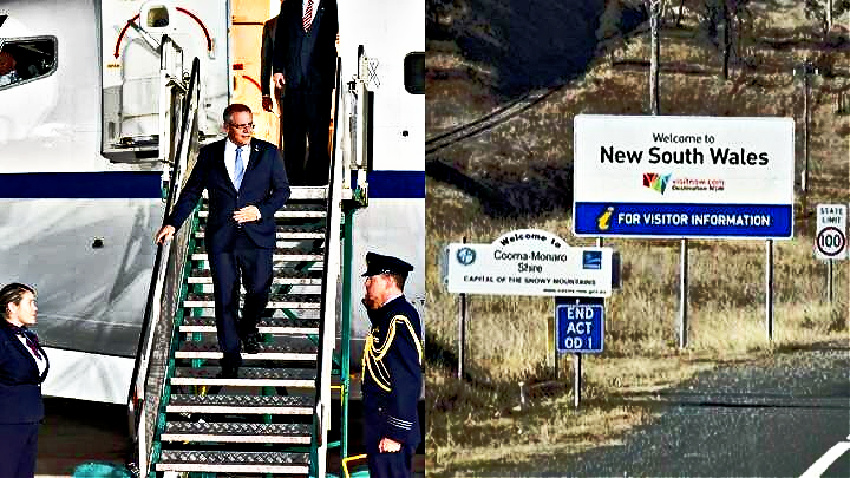 In case you haven’t noticed, there are fast growing divisions within the community between those in favour of the use of pandemic border closures and lockdowns and those who oppose their imposition.

Yet, the prime minister having breached these restrictions last weekend is an affront to us all.

Right now, the border between NSW and the ACT is closed. There are very few exceptions as to who can continue to cross it. And meanwhile, both the most populous state and the capital territory have long-term lockdowns in place, with their populations under stay-at-home orders.

These communities have been asked to endure infringements upon their regular freedoms to promote public health, which, as Sydney has shown in its eleventh week in lockdown, most residents are willing to abide by in order to curb the spread of the deadly COVID-19 virus.

And tensions are high. Sydneysiders haven’t been able to see family members in neighbouring local government areas for months. And some have been refused permission to cross either domestic or international borders to visit sick or dying loved ones.

The army has even been deployed in a discriminatory manner to monitor restriction compliance in Sydney’s southwest and western suburbs.

So, when Scott Morrison sought a special exemption to fly from Canberra to Sydney to visit his family over the Father’s Day weekend, it showed a deep lack of respect for all those Australians who have undergone restrictions, and it also led credence to those who have chosen to break the rules.

As the BBC reported, ACT health authorities gave the PM an exemption to travel to NSW on a RAAF jet, as he was found to be an essential worker. However, while essential workers in Sydney and Canberra are permitted to travel to work and back, they’re not allowed to go on quick jaunts.

On Father’s Day, Morrison posted a message on Instagram with a photo of himself standing with his family from a few months ago, as he waxed lyrical about the importance of the “essential” commemorative day. Yet, he failed to let on that he’d skipped the capital and was with them.

The head of state then flew back to Canberra – $6,000 all up on the taxpayer purse – and didn’t have to undergo the 14 days of quarantine usually required when crossing closed borders, as he was granted an exception so he could attend a meeting of the war cabinet.

But the media caught wind of this. And the PM went on to tell Sky News on Tuesday that “he can understand people’s frustration, but there has been a lot of misinformation about this.” He then explained that he didn’t have to get an exemption to go to Sydney, but rather to return to Canberra.

But no matter which way he works it, the truth is, no one else was able to fly across borders simply to celebrate Father’s Day. In Sydney, people couldn’t even travel out of their LGAs to do so.

And a number of high-profile cases during the pandemic period have involved people not being able to cross borders for pending family deaths.

Of course, the PM is not the only politician or personality to have been able to officially break COVID rules. There have been many such cases.

Known for her hard stance on border closures, Queensland premier Annastacia Palaszczuk took a trip to Tokyo in July to push for Brisbane to be granted the 2032 Olympic Games. And while this certainly wasn’t essential, perhaps it was a little more vital than going home for Father’s Day.

Palaszczuk was also served a heavy rebuke for allowing NRL players and their partners to disregard border closures and fly into Brisbane, to which she’s now officially apologised for.

Billionaire Andrew “Twiggy” Forrest revealed in January that he’d spent much of last year flying around the globe on official business for his company Fortescue Metals Group. The mining magnate did this while the nation’s borders were closed, as they continue to remain so.

This flouting of COVID laws is problematic as members of the public sitting at home frustrated with the restrictions being placed upon them – especially those who have lost their work – are certainly being shown that the flouting of the rules doesn’t really matter even with the virus circulating.

The tossing out the COVID rule book for frivolous matters also serves as punishment to those who are being restrained from crossing either domestic or international borders, when they have desperate family matters to see to, especially when it involves illness.

The instances of politicians disregarding restrictions – as well as the granting of this privilege to those they feel worthy of it – is also an indication of a deeper issue within this nation’s governance that strikes to the core of our democracy.

Eroding the rule of the people

As the Australian government tells it online, our nation is a democracy, which implies “rule by the people”. And as the country is a representative democracy, the citizenry elects politicians to make decisions on its behalf.

A key democratic principle is the rule of law: that “everyone is equal before the law and must follow the law”.

Indeed, democracy doesn’t mean politicians and their mates can flout the laws for their own benefit, as this tends towards autocratic rule and cronyism.

On climate, the distribution of public funds and decisions made in relation to ever-increasing laws that erode rights and enhance the surveillance state, the Morrison government has shown time and again that this country is not functioning as a true democracy. It just hasn’t officially said so.

And in true duplicitous style, the prime minister, for the first time, went on to thank the more than 38,000 Australian citizens who remain stuck overseas – since the international border closure was instigated in March 2020 – just a few days after the Father’s Day debacle.

“I know for Australians overseas it’s been a very frustrating time. It’s tough: living through a pandemic and being separated from your family,” the prime minister said during his recorded message.

Yet, he stopped short of offering these citizens abroad any of the same special exemptions that he and, somewhat closer to the point, that Twiggy Forrest have been enjoying over the pandemic period.