The Pfizer Papers: How the Company Covered Up the Deaths of Trial Participants 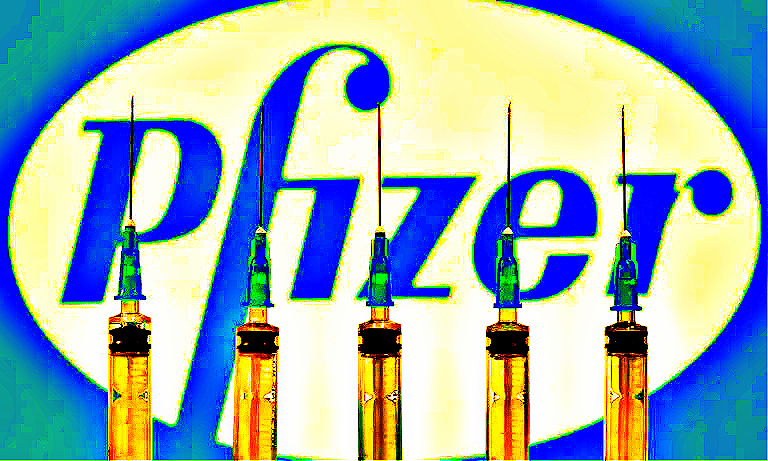 Newly-released Pfizer-US Food and Drug Administration (FDA) documents suggest that after several trial participants died — following injection with the experimental product — Pfizer covered up their deaths by attributing them to natural causes, existing conditions, and even by mere assumption that the given death was not triggered by the injection.

Before bringing the injectable product to market, supposedly to tackle the COVID pandemic, Pfizer held clinical trials, as per normal when developing new drugs and vaccines.

But as TOTT News has documented, the trials did not meet normal clinical standards:

As one TOTT News reader commented, these were not “trials” in the traditional sense.

A JOKE OF METHODOLOGY

We already know that in brazen violation of trial protocol, the participants of the initial Stage (later renamed Phase) were unblinded. The stratification of data is a complete mess. For instance, the key to one chart says:

So, unblinded participants (some initially blinded) received both a placebo and BNT162b2, but we don’t know during what Phase, and others just received BNT162b2 but remained blinded?

In other violations, placebo and BNT162b2 recipients were mixed.

So, in other documents when “placebo” recipients were listed as having died, it could mean that BNT162b2 recipients had also died because their initial designation as placebo patient was recorded.

The court-ordered release of a 3.6k-plus page PDF hidden in a zip file, dedicates three pages to deceased participants. It was published internal to Pfizer-FDA in April 2021.

Fifteen participants mentioned in the document died after receiving at least one dose of BNT162b2, yet as we shall see, Pfizer does not attribute any death to the injection.

Unlike a second document examined below, this one does not make clear which patients died after being administered the placebo compared to the BNT162b2. Unlike the second document, it does not mention injection dosage.

Thirty-nine patients died, at least six of whom died from events definitely unrelated to COVID and/or the injection: cancer, road accidents, and a drug overdose.

Other causes of death are less clear-cut, such as sepsis and arteriosclerosis.

As noted above, the key to the chart mentions “unblinding” but it is not clear if it refers to unblinded placebo and/or BNT162b2.

Of the possible BNT162b2-related deaths of the remaining 15 participants who received at least one dose, symptoms/causes of death included: COVID, chronic pulmonary obstructive disease, and heart attack—myocarditis being a now well-established side-effect.

One cause of death was listed as “unevaluable”.

But I thought that all participant deaths in clinical trials were supposed to be evaluated?

The second latest, court-ordered release is another 3.6k-plus page document published internally in November 2020. It details adverse reactions to the vaccine candidate BNT162b2 during the clinical “trials.”

A common pattern emerges: Pfizer and the FDA minimise the deaths and do not attribute them to BNT162b2. Instead, they highlight natural causes, existing conditions, and mere assumption.

Part of the cover-up involved nonsensical criteria. We were told that COVID kills people because existing conditions such as obesity, plus infection with COVID, tips the body over the edge into death.

Yet, Pfizer says that where participants had existing conditions, like obesity, adverse reactions to the BNT162b2 were not the cause/trigger of death. In other words, it’s one standard for COVID deaths and another for possible injection-related deaths.

Surely by the same standard, the deaths of patients with existing conditions who died following injection were likely triggered by the injection? Yet, in case after case, Pfizer says no. They don’t actually study the given death, they accept the word of the given principal investigator.

Had the deaths been listed as caused/triggered by the injection, the product would have been withdrawn before getting emergency use authorisation.

The following victims are from the second document, so it is not clear if some are the same as the fifteen BNT162b2-injected people (noted above) who died. The second document suggests even more deaths in addition to the 15.

One woman, 56, was given a two-dose schedule of 30 μg, ending August 2020. She died of cardiac arrest and cerebral edema (brain swelling) in October.

“It was unknown if an autopsy was performed. In the opinion of the investigator, there was no reasonable possibility that the cardiac arrest was related to the study intervention or clinical trial procedures, as the death occurred 2 months after receiving Dose 2.”

Wait! What? They don’t know if an autopsy was conducted, yet the unnamed investigator sees fit to deny any link to the injection?

The man was obese and died of/with arteriosclerosis (a build up of fat in the veins. (We know the injection can cause clotting).

“According to the medical examiner, the probable cause of death was progression of atherosclerotic disease,” says the document.

“Relevant tests were unknown. Autopsy results were not available at the time of this report.”

Tests unknown, autopsy report not available: yet the death definitely had nothing to do with the injection?

The Pfizer zip document reveals more victims not mentioned in the above report, yet it does not go into detail the way in which the above had done.

The zip document gives almost no information about patients, except that the “onset” of one death was 26 August. Interestingly, the patient was assigned a “toxicity grade.” Some were rated 1, but this patient was graded 4. Cause of death was “undetermined.”

Naysayers would point to the fact that the patient had the same ID as one who was given a placebo and also died on the same date, suggesting that they are the same person. Yet, the document says: “Vaccine dose/subject,” not placebo, suggesting that actually these are two different people.

However, as we saw above, some participants might have been recorded in the placebo group and later given one dose of BNT162b2. Do the Pfizer data conflate placebo and vaccine deaths?

Another death of an individual listed as having had a “vaccine dose” was attributed to a “sudden cardiac” event. Their toxicity grade was also level 4 and they died on 19 October. Their participant ID is different to another 19 October death. The latter was given a placebo.