The Pfizer Papers: Documents confirm the vaccine was supposed to “prevent COVID”, Not just reduce Symptoms 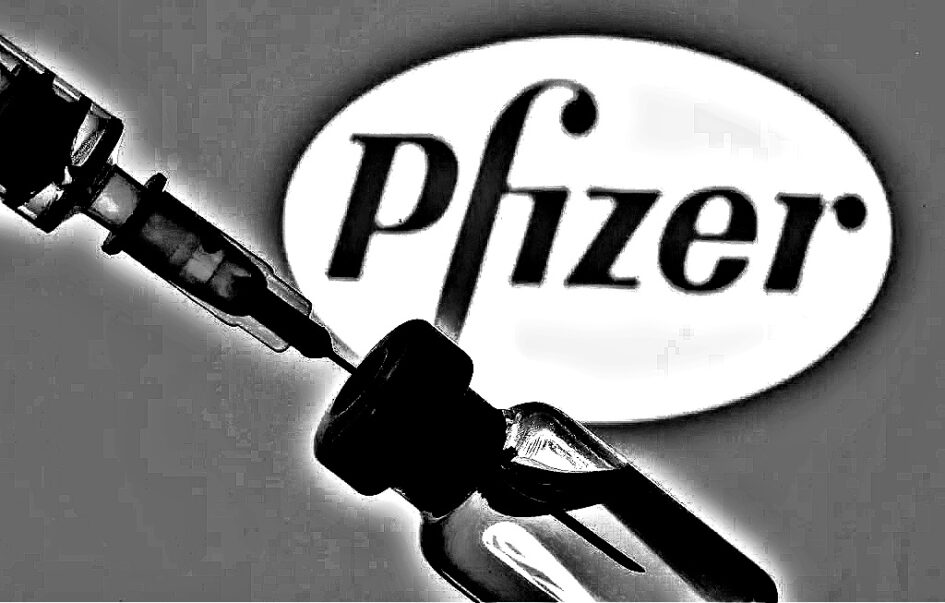 The Pfizer-FDA health and safety documents reveal the COVID vaccination was originally intended to “prevent” the virus.

This is Part One of a series of articles from TOTT NEWS exploring the explosive Pfizer-US Food and Drug Authority (FDA) health and safety documents. Their release has been forced by court order.

This is a scandal which deepens and widens by the day; and while the heavily manipulated and financially compromised mainstream media do their best to dodge what is now being frequently labelled the biggest medical fraud in history, nothing can stop the juggernaut now.

The truth will out.

The documents promise to reveal flawed trial methods, distorted efficacy reporting, and silenced safety concerns. Already, we have a bombshell.

In late-2020/early-’21, politicians, health officials, and state-corporate media told us to “get vaccinated” to protect ourselves and others. They gave us the impression that the injection would get us “back to normal,” implying that the jab protects against infection, prevents transmission, and will lead to herd immunity.

When this failed, the same people told us, starting around mid-’21, that we must get jabbed because the injections reduce “severe infection” and hospitalisation.

Indeed, online dictionaries have changed their definitions. “Vaccine” no longer means a product that increases immunity to disease/infection, but one that merely “stimulate[s] the body’s immune response.”

The documents confirm that Pfizer originally planned for the injection to be an actual vaccine in the traditional sense of the word: that it would prevent disease, not merely reduce severe symptoms.

An undated, nonclinical overview states: “BNT162b2 … is an investigational vaccine intended to prevent COVID-19,” the disease caused by SARS-CoV-2 and, subsequently, its variants.

Those hoping to sue Pfizer and/or the Food and Drug Administration (FDA) might now argue that they were injected under the potentially fraudulent claim that the product could “prevent” disease.

We can thank the US judge who ordered the FDA to release its data on Pfizer’s experimental product, widely described as a “vaccine.” The documents are being released in batches: some 50,000-plus pages.

In the US, journalist and author Naomi Wolf’s dailyclout.io has assembled a team of volunteers to go through the documents. In this series, TOTT News will present its own findings and analysis.

Germany’s BioNTech co-developed the injectable product, but the majority of the work/propaganda has been done by Pfizer, so throughout this article and series, we will call it the Pfizer jab.

The documents are important because, to date, 5 billion people or 66 percent of the global population have been injected with one or more of a variety of alleged vaccines, some of them using experimental mRNA nanotechnology in a first for the human species.

Neither Statista nor Our World in Data (two seemingly reliable sources) has information on how many Pfizer injections have been administered in Australia, though they have data for European Union member states and the USA.

Some 330 million Pfizer doses have been given to Americans compared to 210 million Moderna doses.

By July 2021, Australia had 125 million Pfizer doses, though no information seems to be available on how many have been administered.

If Pfizer has cut corners to roll their injection product out in record time, then we can reasonably opine that other pharma companies have done the same.

HOW THE DOCUMENTS CAME TO LIGHT

In August 2021, the FDA approved the Pfizer-BioNTech “Comirnaty” product (BNT162b2) to be injected into people aged 16 and over.

Public Health and Medical Professionals for Transparency (PHMPT) is an organisation consisting of hundreds of recognised doctors, including Peter Doshi, senior editor of the British Medical Journal (BMJ).

The PHMPT filed a Freedom of Information Act request with the FDA to obtain the safety data that Pfizer had supplied for its BNT162b2 reviews and trials. Sensibly, the FOIA was filed in Texas, where Republican judges are more likely to be “vaccine” sceptical and sympathetic to the interests of PHMPT.

The Justice Department, which represented the FDA, said that it would take 55 years to process the request. To paraphrase a popular meme: Nothing says “trust the science” like a 55 year wait for data.

In January, the Trump-appointed Northern Texas District Judge, Mark Pittman, ruled that: “The FDA shall produce the remaining documents at a rate of 55,000 pages every 30 days, with the first production being due on or before March 1, 2022, until production is complete.”https://tottnews.com/2021/12/06/discussion-gkp76/embed/#?secret=kOTFRTiBb8#?secret=WkIDyMsH7W

Presumably recognising the unfolding PR disaster, the FDA-Pfizer never challenged the District Judge’s decision in a higher court and proceeded to comply, redacting crucial information such as the ratio of administered doses to deaths/injuries.

The release of the documents was bad news for the various US health departments and agencies, as well as for Pfizer and the injection industry more generally.

Pfizer misbranded its anti-inflammatory drug, Bextra, “with the intent to defraud or mislead.”

The DoJ added: “The company will pay a criminal fine of $1.195 billion, the largest criminal fine ever imposed in the United States for any matter. Pharmacia & Upjohn [Pfizer] will also forfeit $105 million, for a total criminal resolution of $1.3 billion.”

Pfizer illegally promoted three other drugs, “Geodon, an anti-psychotic drug; Zyvox, an antibiotic; and Lyrica, an anti-epileptic drug – and caused false claims to be submitted to government health care programs for uses that were not medically accepted indications and therefore not covered by those programs.”

A civil settlement also revealed that Pfizer had been paying “kickbacks” to health professionals to promote its products.

Barely a year goes by–literally–without Pfizer and its associates and subsidiaries being sued in the US alone for consumer protection, environmental, price, and wage violations.

The company and its spinoffs have been fined a total of $10 billion in the US alone since the year 2000.

Yet, hundreds of millions of people have trusted the repeat offender with an experimental injection.

In August 2021, the Biden administration pressured the FDA to approve both the injections and so-called boosters. In addition, Biden’s gang wanted to lessen the FDA’s oversight and shift responsibility to the Centers for Disease Control and Prevention, whose Foundation is openly funded by big pharma, including Pfizer.

In response, the FDA’s Marion Gruber and Philip Krause announced their intention to resign.  Their honourable decision was reflected by neither Pfizer’s CEO Albert Bourla nor Dr. Anthony Fauci, the Trump-Biden administrations’ Chief Medical Advisor and Director of the National Institute of Allergy and Infectious Diseases Director.

With the documents being released by court-order, Bourla the CEO of the criminal corporation, began to publicly distance himself from the injection.

Speaking to the Washington Post in a video upload, Bourla said that his decision to allow the never-before-used mRNA technology was based on his “instinct.” (But self-professed fact-checkers told us that mRNA isn’t experimental, when it obviously is–Bourla confirms it, and that the injection was based on “science,” not on “instinct,” when Bourla admits the latter.)

Bourla distanced himself from the product by reiterating in the interview that his scientists convinced him that the technology was safe and effective. Bourla is basically saying: don’t blame me, they told me it was OK.

Fauci is the other high-profile figure leaping headfirst off the “vaccine” bus. While refusing to put a date on his retirement, he told ABC: “I’d love to spend more time with my wife and family.”

In this series, TOTT News will bring detailed analyses of the documents. We are grateful to the PHMPT for their work in bringing these pages to public light and for publishing them free on their website.