Naomi Wolf: War Against the Human 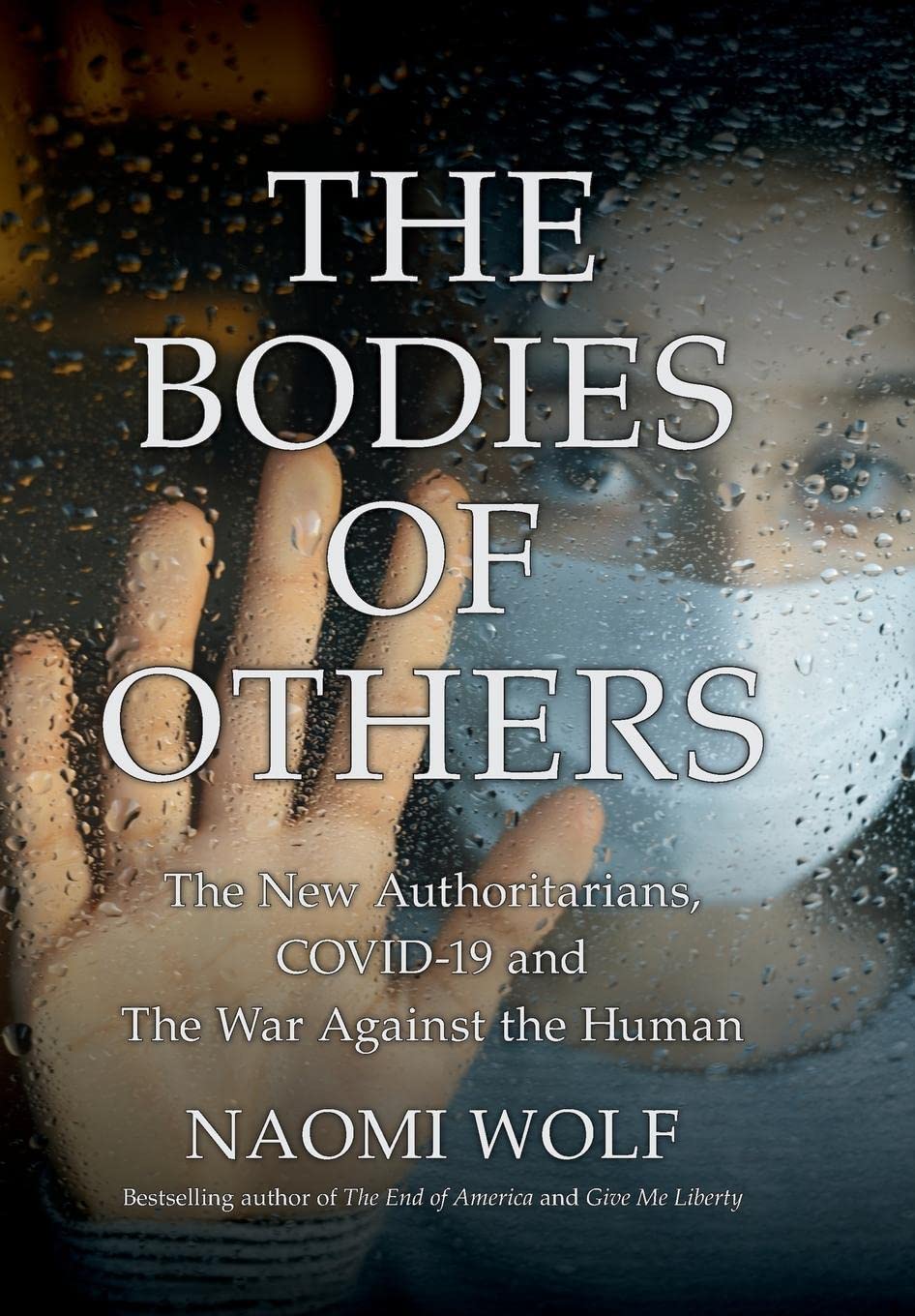 Naomi Wolf has been one of the world’s most famous feminists ever since publishing The Beauty Myth back in 1990. Her latest book, The Bodies of Others, a stunning, insightful, piercing deconstruction of the Covid narrative, has jumped straight onto the bestseller lists.

Here is an extract from the Introduction.

This book is about how we came to this harrowing civilisational crossroads – engaged in a war against vast impersonal forces with limitless power over our lives for the freedoms we have taken for granted; how those forces seized upon two years of COVID-19 panic in sinister new ways and how, yet, against overwhelming odds, we still might win.

Others have looked at this war from a biomedical perspective, or from a strictly political one. My focus is on how this ongoing war against us is far more basic, aimed at nothing less than dissolving the meaning of humanity itself and undoing of the rich cultural legacy we in the West have long treasured and passed on to succeeding generations.

In those two years, the COVID-10 pandemic, which began unfolding with the unprecedented global “lockdown” in March 2020, has fundamentally remade human relations, capitalism, and culture in the West. No matter that in the past we had lived through far greater medical crises without even passing thought to stopping all congregation, suspending the production of all culture, or compelling all healthy people to cover their faces and close their businesses and keep apart – this time, our elites used the “crisis” to shut down Western norms of liberty, the human-centred world, and civilisation itself.

But what is our culture, which we one thought durable, to be replaced by?  A world managed by machines and mediated via digital interfaces; a world in which national boundaries, cultures, and languages are drained of meaning, in which institutions embody only the goals of distant meta-national oligarchs, a world organised for the benefit of massive pharmaceutical companies, a few global tech giants and technocrats, and a tyrannical superpower that is our deadly adversary. In short: a world redesigned to ensure the dominance forever of thse distant elites, both geopolitically and via market share.

In 2020-22, we entered a time in which the post-World War II organising principle of human affairs, the democratic nation-state, was being intentionally diluted in power and undermined in the interest of constructing a replacement meta-structure of unaccountable loosely aligned global nonprofits, Big Tech corporations, the WEF, and the Chinese Communist Party (CCP).

Their aim was to construct engines of history designed to dissolve human culture, closeness and community. United in an alliance of convenience, these forces see human beings and the troublesome individualistic West, with its stubborn insistence on human rights, on joy, on spontaneity, on quirkiness, acceptance and tolerance, as obstacles to be managed, drained of power and resources, and sidelined. Their goal is to subvert Western cultural norms and ultimately to alienate Western children from their families’ influence and from Western history and freedoms generally. The war against “the virus” has really been a war waged via technologies and their masters to dissolve human culture and disempower human beings. It is a war on free thought and free speech – a war against our most fundamental beliefs.

These oligarchical elites are supported in this vast project to remake humanity by massive, opaque nonprofits through which pour billions of dollars aimed at transformational social change. Behind benign-sounding “pro-human” mottoes – such as “We are a nonprofit fighting poverty, disease and inequity around the world” (The Bill & Melinda Gates Foundation) or “Who Stands Between YOU and the Next Pandemic?” (EcoHealth Alliance) or “Using the Power of Epidemiology to Fight the Spread of COVID-19,” (Council of State and Territorial Epidemiologists) – these groups have used their power to advance the most malign anti-human ends.

The pandemic gave them pretext and opportunity on an unprecedented scale, and they have taken full advantage.

The faces of some of those who have visited this evil upon us are all-too-familiar – the power besotted political figures, the domineering healthcare “experts”, the bought-off media talking heads, the titans of tch and social media, the unapologetically tyrannical leader of Communist ruled China, Xi Jinping. We know others, such as the super-elites of the World Economic Forum mentioned above, by reputation, by their pronouncements from their gatherings in Davos, Switzerland, or via their books. But collectively, during the pandemic, they have come to wield power over even the smallest particulars of human existence. And that is because this is a war aimed at undoing humanity itself.

This claim is hard to process, but we need to do so.

No more. Machines have, in the past, served us, but we are at the point in history in which we are being reoriented to serve machines and their masters.

Indeed, one of the reasons our current crisis feels so strange and disorienting to us humans, especially to us Western humans, is that it was in some ways modelled by machines and by programmers and may well have been continually modified via machine learning. We are not living through organic human history as it has unfolded in the past. Since April, 2020 computer “models”, whether their assumptions turned out to be right or wrong, have driven policy. The other reason for its bizarre, uncanny quality is that it is aimed at translating and transitioning Western cultures and instincts into the language and instincts of CCP-type civic subjugation.

The attacks on organised religion have been particularly telling, as these attacks are characteristic of Communist policies, especially in China.

Our old systems – privacy, paper and metal money, the ability to drive a car without being tracked, the nation-state, human expression, human touch, cultural activities, churches, mosques and synagogues, town halls, theatres and concert halls, democratic governance, a free press, schools and universities, books and libraries, and the right to decide what happens to one’s own body, property and family – none of these suit the World Economic Forum leadership and their tech and pharmaceutical industry and CCP allies.

Davos 2022 shows clearly the intentions for humanity still ahead from this group of elites: from planning for endless pandemics and “variants” in the future, leading to endless social control; to the digitisation of identities and currency; to the intervention in free markets by a “stakeholder capitalism” that chooses winners and losers in the world of commerce via the fig leaf of ideology; to “global cooperation” that seeks to dissolve nation states and national boundaries, the Davos cadre, with a gathering headlined yet again by Chinese Communist Party General Secretary Xi Jinping, has plans for our subjugation that are being implemented, now into the third year of this pandemic, at full throttle.

But the people of the world did not vote to abandon our old systems and our old ways.

A Sense of Place Magazine, Australian Independent News Sites, Naomi Wolf, The Bodies of Others, totalitarianism in the 21st Century, war against the human