SOS: Australia to the World 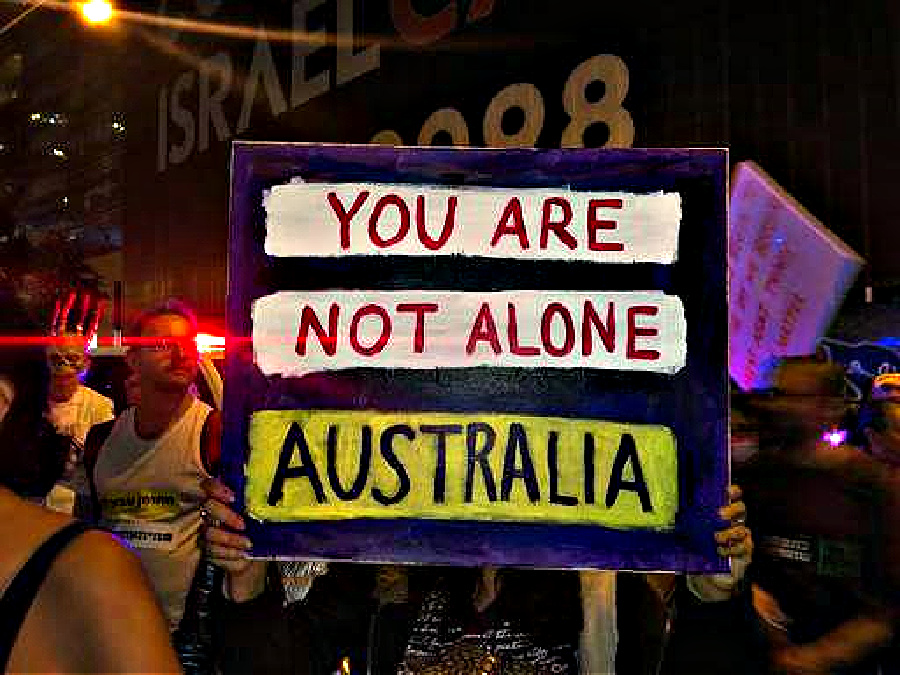 As Australia disintegrates before our eyes, one extraordinary event follows another with extreme rapidity. What was once a slow motion train wreck is now a collision with destiny at lightning speed.

Australia has become an international pariah for its absurd mismanagement of the Covid scare and the outrageous abuse of its own citizens, who have been fined, bashed, bullied, imprisoned and pilloried by taxpayer funded functionaries.

The past ten days have in themselves been extraordinary.

Protests have been held around the world under the banner SOS Australia in support of the nation’s increasingly powerful freedom movement.

While the nation’s political leaders look more and more ridiculous with every passing hour, thousands of people across the country, teaches, nurses, police, health workers and many others are being sacked for not being double vaccinated; as well sourced stories about thousands of vaccine deaths and hundreds of thousands of vaccine injuries spread like wildfire across the internet, ensuring many people are a damn sight more frightened of the vaccine than the virus.

The lunatic Premier of Victoria Daniel Andrews, the man responsible for pepper spraying grandmothers in the street, arresting pregnant women in their own homes and instituting the longest and most destructive lockdowns in the world, has granted himself dictatorial powers. In the Northern Territory the indigenous are being removed from their homelands and placed in quarantine camps, while Premiers around the country, not content with the rampant destruction of people’s lives and businesses over the last two years, are now making hay with the Omicron Variant.

But if you listen to majority of the nation’s politicians, or to its execrable mainstream media, you would have no idea. As many commentators have noted, the single most frightening aspect of recent times is not “the virus”, but the willingness of the population to accept the destruction of their own liberties.

What is equally frightening is the shocking dishonesty of the mainstream media and their “journalists”.

As hundreds upon hundreds of thousands of people have demonstrated across the country in recent months, and are now sparking sympathetic rallies around the globe, here is the national newspaper The Australian, which once proudly regarded itself as a paper of record, this past weekend claiming that the number of demonstrators are confined to a courageous few.

This sheer blatant dishonesty during the Covid era has entirely discredited the mainstream legacy media, and led to a massive rise in independent media.

Here are some links and images from this past weekend alone; with further images below of responses around the world as it watches Australia self-destruct.

Truly, you simply couldn’t make this stuff up.

Australia’s two party preferred system has ensured that there can only be two winners in an electoral contest; and in Australia that means the conservatives, the oxymoronically named Liberals or the former party of the workers, Labor. The behaviour of both parties in promoting fear and confusion while destroying the lives of so many Australians during the Covid era has been beyond disgraceful. Reignite Democracy Australia is one of the only groups capable of stitching together the disparate minor parties into a political powerhouse dangerous enough and powerful enough to take on the major parties.

Here are some images from their Telegraph channel of the SOS Australia campaign held around the world.

You can see their full coverage on their Telegram channel here.

Protests outside the Australian embassy in Holland.

Bangkok, Frankfurt, Finland, US – all around Australian embassies