Panic Merchants, Be Gone… Covid is just Another Virus 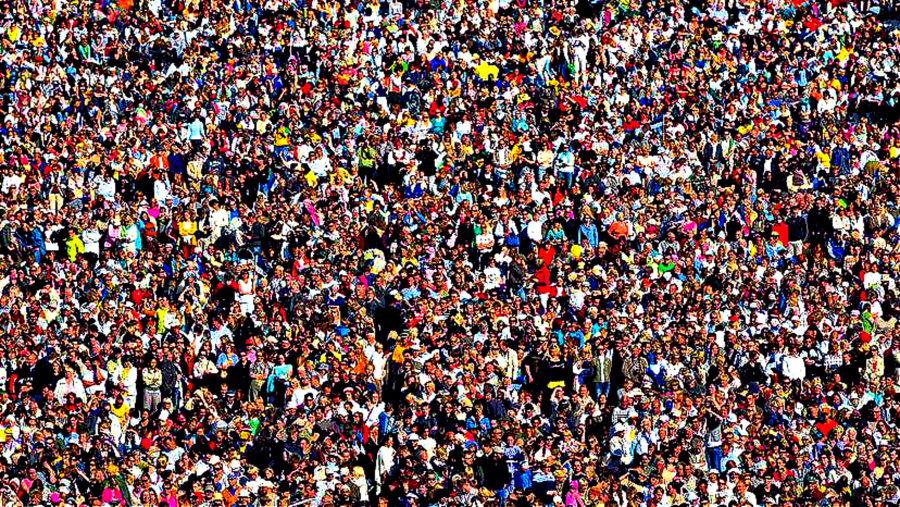 From the very start of the pandemic, a small but critical minority of us has argued that irrespective of the paths taken to get there, the end state will be living with Covid-19 as an endemic virus. The key question was never: how do we eradicate this virus? Rather: what is the level of risk that we are prepared to accept and live with?

Unfortunately, like cascading dominoes, governments all over the world engaged in herd behaviour to lock down their countries based on apocalyptic modelling projections.

Models are neither science nor data but a set of assumptions that generate their own tautological conclusions. The Spectator UK has a brutal set of charts showing the wildly inaccurate projections of most models by various British teams that vastly over-estimated the harms with regard to cases, hospitalisations, ICU occupancy and deaths.

The actual data was massively better than the best-case scenarios of the original Doherty Institute modelling of March 2020.

The serial parties in No. 10 suggest the people at the very top of the British government knew the risks were low but terrified the populace into blind compliance with draconian curtailments of liberties just because they could.

At best, non-pharmaceutical interventions so beloved by governments keen to indulge their inner bossiness have had only a modest effect on the life cycle of each outbreak. Successive waves powered by new variants seem to rise and fall according to similar patterns – independent of the timing and duration of restrictions.

Last month, a major meta-analysis of 24 international studies from Johns Hopkins University by US and Scandinavian researchers found that “ill-founded’ lockdowns reduced Covid-19 mortality only by between 0.2 and 2.9 per cent, but at considerable economic cost and health and social harms. Therefore “lockdowns should be rejected out of hand as a pandemic policy instrument”.

Another study on February 1 by a nine-strong team of American, British and Canadian researchers concluded that vaccine mandates, passports and segregated lockdowns can cause more harm than good. “While Covid-19 vaccines have had a profound impact on decreasing global morbidity and mortality burdens”, “population-wide mandatory vaccine policies” impinge “on human rights, promote stigma and social polarisation, and adversely affect health and wellbeing”, and could have detrimental impacts on future public health measures including immunisation programs.

Australia’s annual death toll from all causes is about 160,000.

From March 1, 2020, to January 31, 2022, the average total deaths would be around 307,000. The total number of Covid-related deaths in that period, whether “with” or “of” Covid, is 3835 or 1.2 per cent of all deaths. As always, Australia’s big killers remain cancers, heart diseases, Alzheimer’s and dementia, and strokes. Improved diet and more exercise would have given us better health returns as a country. Instead, locking people in their homes for prolonged periods, restricting exercise, curtailing social interactions, increasing weight gain, stress, loneliness and alcohol dependency, forcing families apart, stopping the bonding and healing rituals of birthdays, weddings and funerals, denying quality time with children, grandchildren, parents and grandparents, creating a backlog of health demands, and depriving children of friends and education, all as the pathway to better public health, indicates just how unhinged some “experts” are.

Less acutely in Australia than elsewhere, the public health system was saved but, sadly, tens of thousands of patients died and many more suffered neglect and delays. No country can improve long-term public health and human wellbeing by making itself poorer. In the 23 months to February 1, Australia’s recorded number of suicides was 73 per cent more than Covid deaths.

The “hygiene hypothesis” suggests that long-term normalisation of extreme hygiene practices like “masking, deep cleaning, distancing and isolation can be harmful to health, especially for children, precisely because it reduces exposure to microbes”, says Dr Eran Bendavid from the Stanford School of Medicine. By impeding the development of natural immunity, vaccines may make the vaccinated more vulnerable to virus variants.

Despite 76 per cent and rising full vaccination since November 1, more Australians have died with Covid in the past three months than in the 20 months before. In the US, this is more politically charged as Covid deaths under Joe Biden exceed those under Donald Trump. Trump’s presidency was without vaccines but his Operation Warp Speed gave America three vaccines available for the entirety of Biden’s presidency. Yet case rates are currently highest in the most vaccinated states. Closer to home, consider Kiribati. As of January 18, its total number of Covid cases since the pandemic started was just two. By February 15, the numbers had exploded to 2665 (and eight deaths). The virus came in on a flight from Fiji on January 15. All 54 passengers were fully vaccinated, had tested negative three times prior to departure, been quarantined for a fortnight before departure and again after arrival and were masked during the flight. Despite the stringent precautions, 36 tested positive on arrival and the virus then spread quickly through the tiny Pacific island despite lockdown since January 22.

Vaccines continue to show strong protective benefits for the elderly and vulnerable groups. But governments overhyped claims about vaccines ending the contagion by checking infection, exaggerated universal vaccination as the key to freedom from restrictions thereby blaming the failures of the product on those who didn’t take them and causing the stigmatisation of the unvaxxed.

More than a war on the virus, lockdowns proved to be a war on the poor to protect the laptop class. The loudest calls for lockdowns have come from those with secure incomes in lockdown-proof jobs. Yet sceptical voices from the beginning pointed to the existing data, experiences and plans developed over a century that emphasised the futility and collateral harms of prolonged society-wide lockdowns, on the one hand. On the other, noting the pronounced age-segregated severe effects of Covid-19, they recommended targeted policy interventions to protect the most vulnerable while keeping the rest of society functioning. And third, they dismissed the search for the holy grail of Zero Covid and insisted that the destination, as with all such disease outbreaks, would be endemic Covid.

Like Churchill’s bon mot about the Americans, having tried everything else, will governments now do the right thing? Denmark and Sweden have already ended all restrictions, England has abandoned mandatory vaccination for health and social care workers and about another 10 European countries look set to follow.

Florida surgeon-general Dr Joseph Ladapo’s prescription for managing Covid is: “Keep shutdowns short, keep the economy going, keep schools in session, keep jobs intact, and focus single-mindedly on building the capacity we need to survive this into our healthcare system.” The experts who have held sway for two years are mostly research scientists in thrall to abstract models or public health experts with a bias towards controlling all of society. The minority of lockdown sceptics among medics, on the other hand, are concentrated among those engaged in clinical practice on the Covid frontline.

We neither require mandatory testing nor encourage universal vaccination for the annual flu, vaccines for which are even less efficacious than for Covid. Dr Arnold Monto from Michigan University’s School of Public Health recommends managing endemic Covid like flu: make vaccines (bi)annually based on best-guess estimates of dominant variants, target the elderly and vulnerable populations for free recommended vaccination, make it available at cost to anyone wanting it, and learn to live with Covid as we’ve learnt to live with flu.

He has been the nation’s foremost academic critic of government policy in relation to Covid over the past two years, bringing his formidable intellectual clout to an area of public policy often clouded by a high degree of alarmism, political opportunism and propaganda. His clear-eyed analyses have been published widely both in Australia and internationally.

Other pieces by Professor Thakur published in A Sense of Place Magazine can be found here.

This story was originally published in The Weekend Australian and is republished here with their kind permission. The original story can be viewed here.