What’s an LRAD? Explaining the ‘Sonic Weapons’ Police use for Crowd Control and Communication 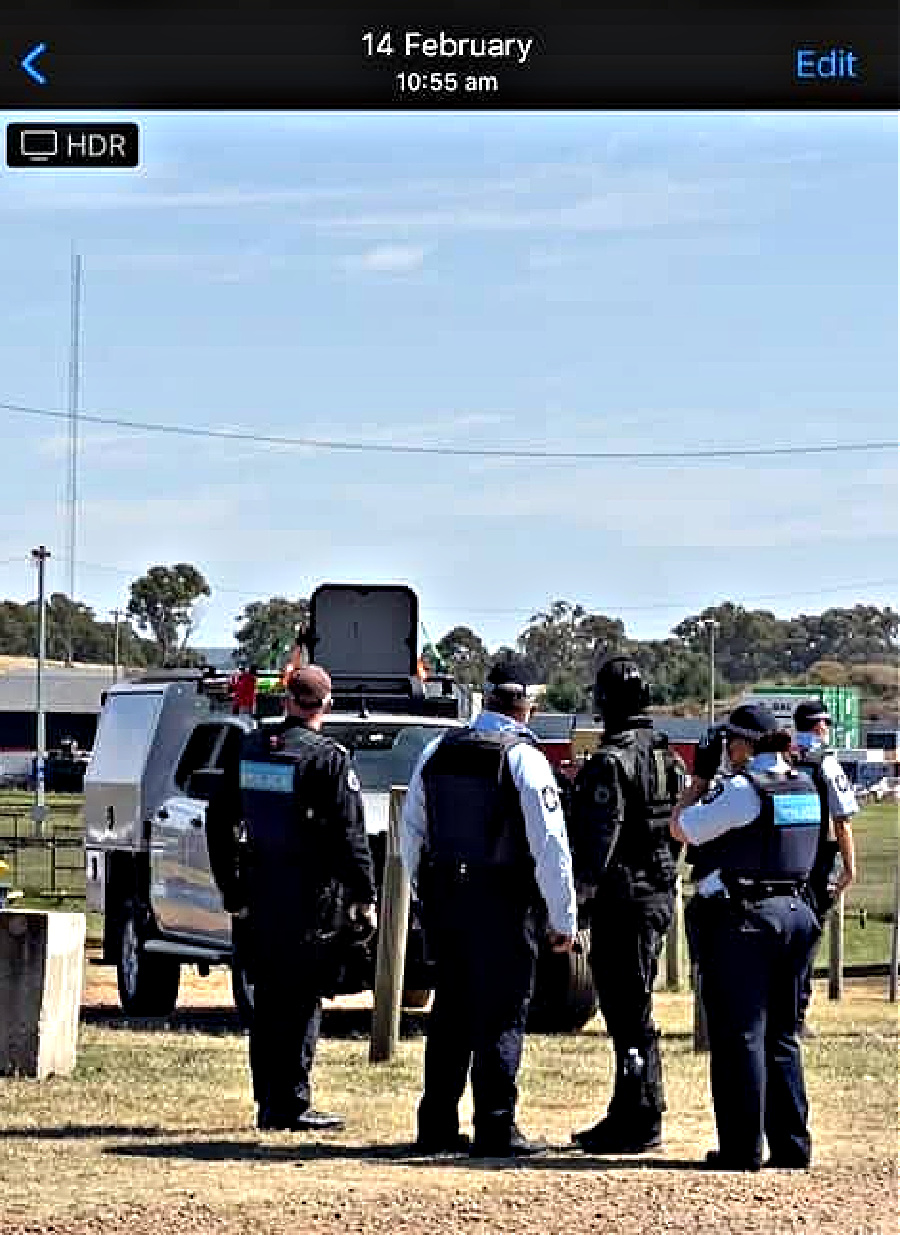 While some protesters claimed they were injured by the “sonic weapon”, those reports are inconsistent with what an LRAD can really do.

However, the claims highlight the importance of understanding new policing and crowd-control technologies such as LRADs, and how they are used.

The LRAD is device that can put out a highly directional “beam” of incredibly loud sound, up to 160 decibels (dB).

As a rough reference, standing directly behind a jet engine as it takes off is between 130-140dB, and a nearby gunshot rates at approximately 150db. Anything over 140dB will cause pain for most people, but even sounds over 120dB can cause permanent hearing damage from even short periods of exposure.

The history of the LRAD

The origin of the LRAD can be traced to an event in October 2000, when the USS Cole, an American guided missile destroyer, was bombed by a small boat loaded with explosives in a terrorist attack.

As the small vessel approached, naval personnel on board the USS Cole were unable to successfully hail it. By the time they were confident their messages could be heard, it was too late.

This incident resulted in numerous changes in naval policy, and it also led to the creation of the LRAD. Since that time, the technology has proliferated, aided by a dedicated effort from its creators to make the item a staple device for communication and increasingly for crowd control in military and civil settings.

The LRAD’s siren is one of its main deterrents. It is specially designed to be weighted to transmit sound loaded in the frequency range where human hearing is most sensitive, roughly 2,000–4,000 Hertz. This design simultaneously ensures maximum discomfort for the target subject and maximum efficiency of the device itself.

What makes the power of the LRAD significant is its capacity to cause long-term physiological damage to the body. In September 2009 a US woman named Karen Piper suffered permanent hearing damage when she was accidentally caught within an extended period of loud emissions from an LRAD operator.

This resulted in a successful lawsuit against the City of Pittsburgh that was significant and historic as it recognised that sound can be weaponised, and cause lasting bodily harm.

In 2020, however, this pattern of usage began to shift. In June 2020, during the Black Lives Matters protests in New South Wales, police deployed the LRAD, in a move that significantly shifted the way the technology could be used in Australia.

Most recently, in response to the protesters gathered in Canberra and assembled on Parliament House’s lawn earlier this month, the LRAD was again deployed. In this case, it was used as a “loud hailer” for voice messages to be passed to those assembled for the vaccine mandate protests. It’s unclear exactly how loud the messages were, but there’s no evidence the devices were used in “siren mode”.

After its use, there were a series of posts and reports on various outlets regarding purported injuries from the use of the device. These speculative injuries are in no way consistent with how the device operates, or how it is reported to have been used.

There is no question that if used to its full potential, the LRAD can cause significant damage to auditory nerves. However, unlike what the protesters reported, beyond the auditory system, the device does not harm the body.

Many reports seem to conflate the LRAD, sometimes called a “sound cannon”, with other devices for crowd control such as the Active Denial System. Rather than sound, this uses millimetre-wave radiation to cause the nerve receptors in the upper layer of skin to feel an incredible heat via dielectric heating. https://www.youtube.com/embed/kzG4oEutPbA?wmode=transparent&start=0

A quick scan of coverage and social media following the use of LRAD this past week reveals a lot of anxiety about its use in public settings. There is also plenty of misinformation and disinformation circulating about how it operates and what the LRAD technology is actually capable of doing.

More sound and energy-based control devices are on their way – one recent invention is the “speech jamming” Acoustic Hailing And Disruption (AHAD) device. It’s important to recognise the actual implications of these technologies, and to talk about how, when and where they are to be used.

The feature picture was taken by a participant in the Convoy to Canberra protests Nick Thompson and clearly shows police in three different styles of uniform gathered around an LRAD. It was taken just outside Gate Seven on Canberra’s Epic Showgrounds site, where more than 200,000 people had peacefully gathered in the previous days. The use of these weapons by Australians against Australians is to say the very least highly controversial. Authorities have not denied that LRADs and other hi-tech weaponry were used against the crowds, reliably estimated to number well over one million. Protestors made up a diverse representation of the public, including elderly citizens and children in wheelchairs.