No Plan PM: How the Australian Government’s Lack of an Aged Care Plan Cost Lives. The Best of 2021. 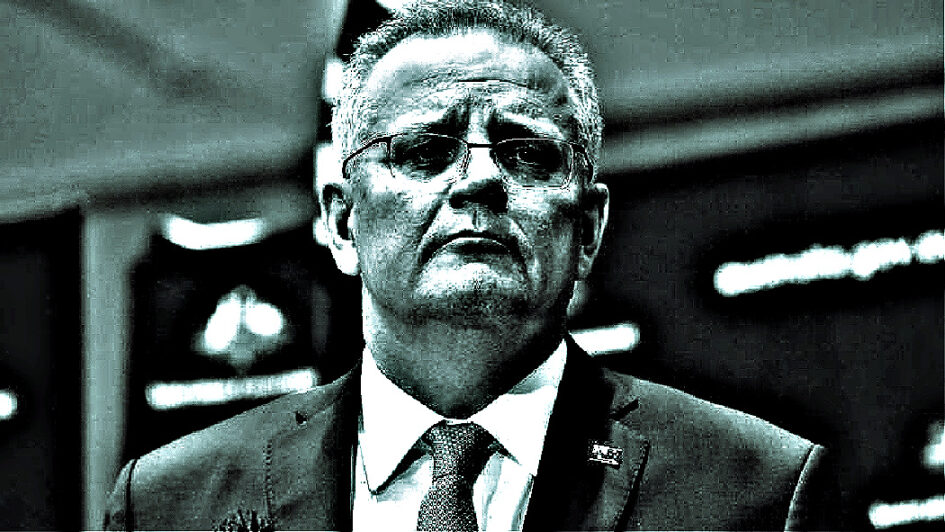 Australia’s aged care sector is a national disgrace. A 21 billion dollar taxpayer funded industry is so user unfriendly, so byzantine in its bureaucracy, that few elderly citizens could ever negotiate it. The result is a truly shocking system where bewildered and frail Australians find themselves in derelict government funded homes which are little more than conveyor belts to mass graves.

Here one of Australia’s foremost experts on the subject Dr Sarah Russell, along with senior Australian journalist Elizabeth Minter, report on a horror year for older people living in residential aged care.

While the federal government indulged in semantics, Covid-19 deaths continued to rise in the woefully under-prepared residential aged care sector.

Australia has one of the highest rates in the world of deaths in residential aged care as a proportion of total Covid-19 deaths. A recent Senate inquiry noted that deaths in aged care homes “account for 74.6% of all deaths from Covid-19 in Australia”.

Many of these deaths could have been prevented had the federal government prepared the aged sector for the pandemic. In the months since the first outbreak in aged care, the government has indulged in semantics and repeated attempts to shift the blame.

Aged Care Minister, Richard Colbeck, told a Senate estimates hearing, he did not “feel responsible” for any of the deaths.

And while Prime Minister Scott Morrison has admitted that aged care is a Commonwealth responsibility, his government washed its hands of any responsibility for the deaths of the 655 people who died in Victoria.

Morrison has repeatedly expressed sorrow at the deaths, but won’t accept any blame, arguing instead that widespread community transmission in Victoria was the main reason so many people died.

In a delightful word salad designed to confuse, Morrison said: “Well public health, we regulate aged care, but when there is a public health pandemic, then public health, which, whether it gets into aged care, shopping centres, schools or anywhere else, then they are things that are matters for Victoria. So I don’t think that it is as binary as you suggest.”

Yet the fact that far more residents of for-profit homes were infected with Covid than residents of Victorian state government-owned homes is surely a guide that more factors were in play in than just community transmission.

Moreover, as has been noted over many years, Morrison is highly skilled at deflecting responsibility. In a feature for The Monthly two years ago, political commentator Sean Kelly’s profile of the Prime Minister was headlined “The rise, duck and weave of Australia’s no-fault prime minister”.

The older people who died of Covid were partners, siblings, parents, grandparents, uncles, aunts and friends. Their deaths highlighted the systemic failures in the aged care sector and the federal government’s lack of planning for community transmission during the pandemic.

The Royal Commission into Aged Care Quality and Safety confirmed that the federal government did not have a specific pandemic plan for the aged care sector. “There is a clear need for a defined, consolidated, national aged care COVID-19 plan.”

In response, Minister Colbeck stated: “The Government maintains its position that it has a plan in place.”

Meanwhile, the Department of Health released the “7th edition” of the Updated National COVID-19 Aged Care Plan, giving the impression there were six earlier editions, when in fact there were none.

Older people paid a heavy price for the federal government being asleep at the wheel and it spent most of the year playing catch up, investing more than $1.7 billion in COVID-19 specific funding for the sector.

But it was only in December, some eight months after the first outbreak, that it finally committed $57.8 million to fund infection control experts in residential aged care homes to “provide training and assist with the refinement of outbreak management plans where needed”. A great shame these infection control experts weren’t around when needed months earlier in Newmarch House, St Basil’s Home for the Aged and Heritage Care’s Epping Gardens. Some 98 residents died in these three homes alone.

A properly thought-out national plan would have stated clearly: “All residents who test positive must be immediately transferred to hospital.” Transferring residents to hospital would have ensured they received competent clinical care by qualified staff.  It would have also reduced the risk of residents in aged care homes who tested negative acquiring the infection.

Yet some aged care homes simply “cohorted” residents into separate sections to keep residents who were positive from those who were negative. This meant confining some residents in their rooms for more than two months. Taking away an older person’s liberty in this way was profoundly damaging to their mental and physical wellbeing. It was also quite possibly illegal.

A national plan would have ensured all aged care homes had access to personal protective equipment. Yet when more than 1500 homes requested masks, gloves and gowns from the national medical stockpile, they were refused. Staff also needed comprehensive infection control training – not a 10-minute video, which is what happened. Watching a video is totally inadequate training on how to put on PPE and, more importantly, how to take it off.

A national plan would have also included paid pandemic leave to ensure casual staff did not go to work when they had symptoms or were close contacts of someone who had symptoms. It would also have included a strategy to minimise staff working in more than one aged care home. This strategy should have been implemented in February, not July.

The secretary of the Department of Health told the Royal Commission that a “surge workforce” had been planned prior to any Covid-19 outbreaks in aged care. However, documents show the government entered into a contract with Mable and Aspen Medical in April, a month after the first outbreak of Covid in NSW.

In July, when the Victorian Department of Human Services directed all staff at St Basil’s Home for the Aged to self-isolate, this “surge workforce” was ill prepared and unable to deliver the care required. Relatives claim residents died from “sheer neglect”.

Minister Colbeck also announced $12.4 million for a grief and trauma package. This $12.4 million would have been better spent on teaching families infection control.

The first report of the Senate inquiry into the Morrison government’s handling of the pandemic found a range of deficiencies and concluded the national health strategy was not clearly explained to the public until July.

The report of the Labor-chaired committee stated the government “did not have adequate [public health] plans in place either before, or during the pandemic” and it “failed to properly prepare the aged care and disability sectors for the pandemic”.

The report also noted that the government “failed to learn important lessons from early outbreaks at residential aged care facilities in NSW and was too slow to respond to escalating community transmission in Victoria”.

The tragic deaths in aged care homes could have been prevented if Minister Colbeck had tackled the systemic failures in the aged care sector. Instead, he has kicked the can down the road waiting for the royal commissioners’ final report in February 2021.

Sooner or later the federal government, the Health Department and the Commissioner of the Aged Care Quality and Safety Commission need to explain to all of us exactly how this heart-breaking tragedy – which many of us predicted – occurred on their watch.

Dr Sarah Russell is a public health researcher who specialises in qualitative research. She has been the Principal Researcher at Research Matters since 1999. She is also the Director, Aged Care Matters. She believes the aged care system requires greater scrutiny, accountability and transparency. Originally published 11 February, 2021.