Coalition Spin Kings: Real Reform in Aged Care Trumped by Re-Announcements and a Deluge of Cash 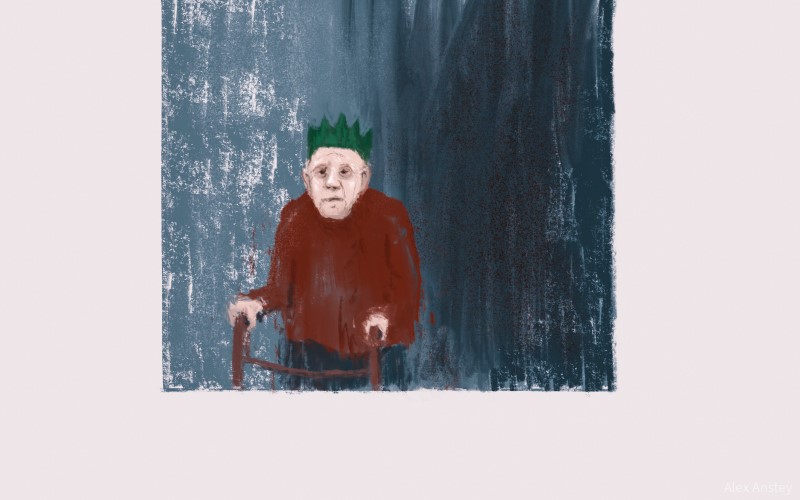 The Best of 2020. By Dr Sarah Russell with Michael West Media

The federal Health Department has learnt a thing or two from Scotty from Marketing. It has just announced version seven of the aged care pandemic plan. Never mind that the previous six versions never existed. Expecting accountability from the Coalition government is mere tilting at windmills, writes Dr Sarah Russell.

Where to start in listing the deceitful behaviour of the Coalition government regarding aged care.

Is it that the “7th edition” of the Updated National COVID-19 Aged Care Plan has just been released by the federal Health Department when there was no 1st, 2nd, 3rd, 4th, 5th or 6th edition? A great trick from Scott Morrison’s marketing playbook – revise history by giving the impression there were six earlier editions when in fact there were none.

That it continues to throw huge amounts of taxpayers’ money at aged care providers but refuses to tackle the real changes that are needed?

And on it goes.

By all accounts, the pandemic has been a cash bonanza for aged care providers, with funding announcement after funding announcement. While these give the impression the government is doing something, until it tackles the systemic failures that led to the deaths of 665 residents in aged care homes, the government is pouring our money down the drain.

The government announced its first cash injection in May: $205 million to contribute to the extra costs of managing Covid-19, including “screening visitors”. Yet most aged care homes, which had locked out visitors back in March when the pandemic took off, continued to keep families locked out.

In some aged care homes, visitor lockout didn’t end until November, six months after the funding was provided.

In August, the government provided a further “$245 million injection into all facilities”. According to the media release this money was to “fund and support enhanced infection control capability, including through an on-site clinical lead”.

A further $132.2 million has just been announced in response to the royal commissioners’ six recommendations in Aged care and COVID-19: a special report. Yet several of the funding initiatives are re-announcements.

The federal government has also committed a further $57.8 million to fund infection control experts to “provide training and assist with the refinement of outbreak management plans where needed”. A shame these infection control experts weren’t around when they were needed months earlier in Newmarch House, St Basil’s Home for the Aged and Heritage Care’s Epping Gardens? Some 98 residents died in these three homes alone.

The deaths of 665 residents in aged care homes highlight the federal government’s lack of planning for aged care sector. Yet Aged Care Minister, Richard Colbeck, told a Senate estimates hearing that he did not “feel responsible”.

As the royal commissioners confirmed in October – and a point I had made back in August – the federal government did not have a plan.

Care for older people in aged care homes during the pandemic was not a priority of this government.

The federal government is creating two new Medicare Benefits Schedule items at a cost of $63.3 million for mental health and allied health services for residents in aged care homes.

This is not nearly enough to support older people getting back on their feet – what the Health Department refers to as “reablement”.

The federal government has also allocated $15.7 million for group allied health sessions. However this money is only for residents living in facilities affected by COVID-19 outbreaks.

Providers claim the rising costs of keeping residents safe from coronavirus has pushed them closer to breaking point. Several large providers in the aged care sector, including Anglicare, BaptistCare and UnitingCare, used the Covid-19 pandemic to ask the Federal Government for a funding boost.

Described as a “COVID-19 rescue package”, their request had no information about how they intended to spend it or why they needed it. Business as usual in the aged care sector where a lack of financial transparency is the norm.

However, providers will be required to report on how they allocate the COVID-19 sources of revenue into the following items:

If the providers are able to account for the pandemic money, they well and truly have the capacity to account for all the money they receive from taxpayers, including the $21 billion they receive annually in subsidies. As Senator Griff said recently during second reading of the Aged Care Legislation Amendment (Financial Transparency) Bill 2020:

However, we currently don’t know if providers spend this $21 billion subsidy on providing nursing care, meals and activities for residents or on sports cars for their executive team.

Last year, Senator Griff’s amendments were defeated.  The peak bodies representing providers lobbied against the financial transparency amendment by claiming that all this “red tape” would lead to excessive costs. Labor, the Greens, Centre Alliance and Jacqui Lambie didn’t buy it. But the Coalition and One Nation did.

The federal government’s idea of reforming the aged care sector is to shift deck chairs on the titanic. This does not bode well for their response to the Royal Commission into Aged Care Quality and Safety’s recommendations due in February. Continuing to pour money into a leaky bucket will not fix the aged care system.

Dr Sarah Russell is a public health researcher who specialises in qualitative research. She has been the Principal Researcher at Research Matters since 1999. She is also the Director, Aged Care Matters. She believes the aged care system requires greater scrutiny, accountability and transparency.