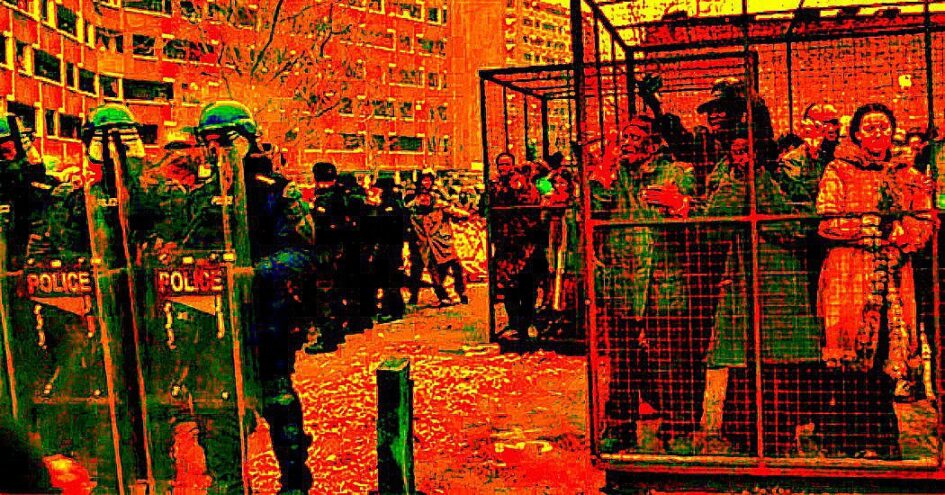 During the 1970s and 1980s the governments of Gough Whitlam, Malcolm Fraser and Bob Hawke mostly held the line against Australia becoming a national security state.

The official figures show that the domestic spy agency the Australian Security Intelligence Organisation, commonly known by its acronym ASIO, was intercepting an average of eighty five phones a year between 1974 and 1983.

All this had changed by advent of the new millenium.

By 2006–07 police and other bodies, including crime and corruption commissions, received 3280 warrants for intercepts.

In another blow to accountability, ASIO no longer releases details of how many authorisations it receives to intercept phones or access
telecommunications data. Nor does it release the number of warrants issued
under its contentious questioning and detention powers, or how many
Special Intelligence Operations it conducts.

In many cases, this ‘metadata’ is just as useful as access to the content of a message or phone call. Each agency could self-authorise access to this data provided its intention was to ‘enforce a criminal law, impose a pecuniary penalty, or protect the public revenue’.

The number of agencies was subsequently cut to twenty, yet 3717 intercept warrants were issued in 2016–17 along with 300,224 approvals to access telecommunications data stored by phone companies.

Of the 4154 publicly revealed warrants for telephone intercepts issued in 2016–17, only 1.56 per cent related to terrorism offences. Although the 4154 did not include the secret total for ASIO, insiders say the total figure showed just how few of the warrants related to the main national security problem
used to justify the huge expansion in phone intercepts since the 1980s, let
alone the 1960s.

Despite the government’s claim to have cut the number of agencies
allowed to access stored telecommunications data to twenty, journalist
Karen Middleton reported in November 2018 that at least eighty were
accessing individuals’ data by using loopholes in other laws to request and
receive information without a warrant.

The pressure for intrusive laws and repressive powers beyond telecommunications had earlier gathered pace under the government 1990s government of Paul Keating, primarily at the urging of the irascible foreign minister, Gareth Evans, and the defence minister, Robert Ray.

Evans had a quick temper and resented foreign diplomats chewing his ear about an adverse media report. In 1995 Ray, an instinctively secretive Labor right-wing-factional boss, tried to gain support for new laws to force newspaper and magazine publishers to submit articles touching on national security issues for vetting before publication.

Media executives, quietly supported by senior Defence officials, succeeded in stopping governments from dictating what they printed or broadcast.

Whatever his motivation, Evans introduced a bill to suppress publication of foreign affairs, defence and intelligence material that could
allegedly harm relations with other countries, no matter how odious the
regimes in those countries. Hitler, Stalin and Pol Pot would have approved.

Both proposals lapsed following the election of the Howard Government in 1996, until revived in various forms after the 11 September 2001 terrorist attacks in the US. Fear was then exploited to justify a massive bipartisan expansion of the powers of the state at the expense of individual liberty, in areas unrelated to terrorism.

More government agencies are now exempt from review by courts
and tribunals, removing one of the great checks and balances on executive
power. The Australian Federal Police even presumed in August 2016 that it had the right to raid Parliament House, access its IT systems and seize thousands of documents to find the source and the recipient of leaks that told the National Broadband Network’s ultimate owners — the public — about problems with rising costs and delays.

In the past, police and intelligence agencies would have never tapped phones in Parliament House, let alone raided an institution at the pinnacle of Australia’s democratic system of government.

The parliament should have found the AFP in contempt and repealed the new laws that criminalise the disclosure of information
of public importance. It did neither.

Instead, the Turnbull Government introduced legislation in 2018 to make it a potential criminal offence to leak or receive a much wider range of documents, classified or not.

No major political party is offering to restore the values of the earlier era, when habeas corpus prevailed, the onus of proof was on the prosecution, the accused was allowed to see the evidence relied on by the Crown, and ASIO officials could not legally kidnap people, or raid a lawyer’s offices and seize documents in a commercial case in which the government was a part of the opposing side.

The Coalition government of Scott Morrison in December 2018 even boasted that a new law made Australia the first country in the world to force tech companies to help the state access encrypted messages on mobile phones and other personal devices and install various forms of malware.

Many supporters of these new laws call themselves ‘conservatives’ — but
conservatives once prided themselves on their opposition to the growth of the state’s power over the individual.

The government of Malcolm Turnbull, from 2015 to 2018 went much further than any predecessor when it introduced two new bills in December 2017 — the Espionage and Foreign Interference Bill and the Foreign Influence Transparency Scheme Bill.

The first incorporated such a broad definition of espionage
that it effectively suppresses public discussion on an unprecedented scale. A
joint media organisations submission to the Parliamentary Joint Committee
on Intelligence and Security on 22 January 2018 said the bill ‘[would
criminalise] all steps of news reporting, from gathering and researching
information to publication/communication, and [would apply] criminal
risk to journalists, other editorial staff and support staff [who] know of
the information that [would now be] an offence to “deal” with, hold and
communicate’.

The submission quoted the bill as saying it could apply to the release and reception of ‘information of any kind, whether true or false and whether in a material form or not, and includes (a) an opinion; and (b)a report of a conversation’.

When the amended bill became law, it retained this catch-all clause. The bill also made it an offence to leak, receive or publish ‘inherently harmful information’ and says that the prosecution does not have to prove it is national security classified information.

Another new offence would be to publish anything that could ‘harm or
prejudice relations between the Commonwealth and a state or territory’
or cause a ‘loss of confidence or trust’ in a state or Commonwealth
government, however justified the loss of trust.

This would potentially criminalise a vast range of media reporting on everyday politics.

The espionage bill provided a fifteen-year jail sentence for a new offence of
publishing or broadcasting anything for an Australian audience concerning
national security that could be available to a ‘foreign principal’ who read,
listened to or watched what was reported. As the media has no control
over who reads, sees or hears what it produces, this clause covers just about
everything it produces.

There would be almost no public interest defence.

The clause could apply to normal reporting and commentary that exposes
stuff-ups by the intelligence services, scandalous behaviour in the defence
forces, or the rising cost of weapons acquisitions.

This article has been adapted for A Sense of Place Magazine with the kind permission of the author. It is an extract from Secret: Australia’s Security Apparatus by legendary journalist Brian Toohey, published by Melbourne University Press.