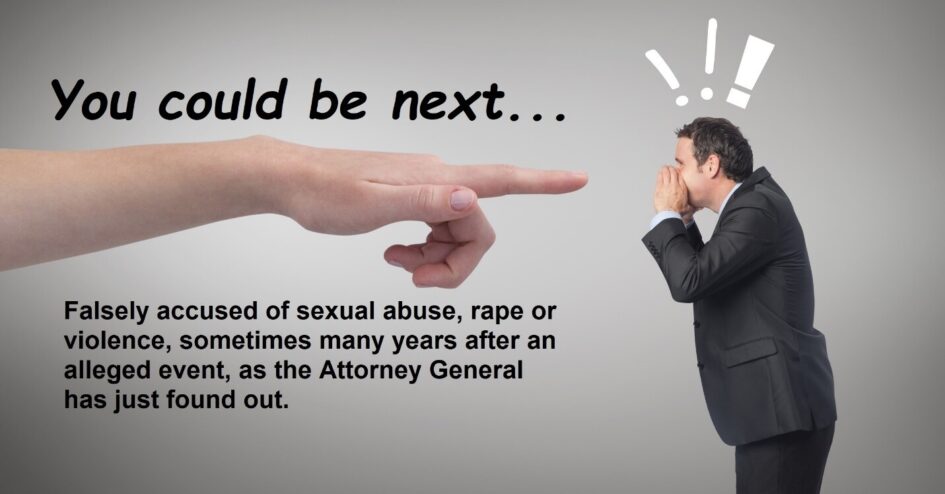 Australia is now in the grip of a swarm of unsubstantiated allegations which have currently pushed aside both the Federal Defence Minister and the Attorney General, and in the last 24 hours the NSW government is also in turmoil after a senior political conservative was forced to step aside, pushing the Liberals into minority government.

Attorney General Christian Porter is now on leave after allegations from a mentally ill woman that he raped her 33 years ago. There was no evidence and no formal complaint, but it was enough to send him to Coventry with the nation’s media baying at the gates.

Defence Minister Linda Reynolds is also on leave after she called a woman who alleged rape in her office “a lying cow” to her staff.

No charges have been laid. No one has been found guilty.

But in the insane critical theory Alice in Wonderland world of Australian public life facts, that is the truth, have absolutely nothing to do with the current hysteria focused around women’s issues. And allegations which simply cannot be proved. But then, no proof, apparently, is required to destroy people’s lives and careers.

Try being a man falsely accused of domestic violence or sexual abuse either of their partner or their children, and see how far you get!!! You won’t be off on luxury padded mental health courtesy of the taxpayer, you’re more likely to be a heartbroken and suicidal dad struggling to make ends meet after a devastating and pecuniary divorce.

Sue Price of the unfashionably named Men’s Rights Agency, which she founded with her husband Reg 26 years ago, has seen and dealt with literally thousands of men devastated by false allegations, standard armoury in the witch hunt territory of the Australian Family Court.

“Thousands of men are falsely accused of crimes against women or their children, as a result of domestic violence laws that allow the police or an aggrieved to apply for an order to remove a man from his house and prevent any contact with his ex-partner and children,” she says.  “Overnight a husband, a partner, a father, that most politically incorrect of all creatures, a male, can find himself stripped of all his possessions, access to funds and his children.

“If the police choose, they can expand a possible Domestic Violence offence into a criminal charge of rape, assault, stalking or harassment.

“The Magistrate at the first hearing will impose or confirm the order put in place by the police, to force the man to stay away from his home and family. It all depends on the mood of the Magistrate and most will err on the side of caution even though the evidence has not been tested, relying only on the word of the complainant.”

“If the police choose, they can expand a possible Domestic Violence offence into a criminal charge of rape, assault, stalking or harassment.

“The Magistrate at the first hearing will impose or confirm the order put in place by the police, to force the man to stay away from his home and family. No evidence given apart from a statement from the complainant.”

Mrs Price said most often the police, the judiciary and even the man’s own solicitor, if he can afford one, will attempt to persuade the man to “accept an order without admission”. They are led to believe no harm will result from this.

“I always tell ‘my guys’, as I think of them, if you have not committed any offence under the domestic violence legislation or if you have been a victim of her abusive behaviour do not accept such an order because it will set the tone for all future court hearings.

“You will be labelled an abuser and treated as such. It’s random. There’s no need for evidence. It all depends on the mood of the Magistrate and most will err on the side of caution even though the evidence has not been tested, relying only on the word of the complainant.

“But as far as the police are concerned the man is on their record as a perpetrator of violence and can be charged under criminal law if he breaches the order.

“On the say so of the woman he can then be charged with a breach, and repeated breaches could see him in jail. She can invite him around for dinner and to see the kids, and when he arrives so do the police. Don’t think for one second women don’t behave in a vicious, malicious and vindictive manner under these circumstances. Of course they do. The system enables and indeed encourages it, because there is much to gain and little to lose.

“Some men decide to challenge the order but it takes many months for a trial to take place. Some men have had their cases adjourned 10 to 15 times! Often, they run out of money to continue their defence.

“Unfortunately, some women decide the easiest way to punish a man is to make a complaint of sexual abuse or rape. This undoubtedly ruins his life. Students at university lose their grants to study and are expelled from their course, with a stain on their name that lasts a lifetime.

“Society is in denial as to the prevalence of false allegations. The media and social media are foremost in exposing anyone accused of rape or sexual assault, spreading the word and calling for others to join in the allegations.”

Mrs Price said there had been several cases recently where the accused has proven their innocence: a Canberra man spent time in maximum security awaiting trial for rape having been accused by his fiancé. His family spent $600,000 thousand dollars proving his innocence; another man successfully gained a one million dollars settlement against the NSW police for their failure to properly investigate the rape allegations made by his then partner; another NSW man’s solicitor managed, after two years, to persuade the police to charge the woman who falsely complained to be a victim of domestic violence.

She was found guilty and later ordered in a civil case to pay $95,000 in compensation.

“There will be many more of these cases, where complainants making false allegations, will be taken to task and prosecuted for their lies.

“In the meantime, we urge the Attorney General, who has now experienced the very worst accusations that can be made, to work to ensure there is an understanding that women do not always tell the truth and police should perform their investigations properly without jumping to the conclusion that the man is always the guilty perpetrator.

“Australians are entitled to the presumption of innocence. This does just not happen under the bias that has infiltrated our justice system.”

In an open letter to Attorney General Christian Porter, whose public humiliation at the hands of a media in a shark attack frenzy, Mrs Price wrote: “I am not surprised groups of women have targeted you at the first opportunity. You have, after all, reduced their Family Court of Australia to a Division in the Federal Circuit Court, thereby removing the Court’s perception that their isolation may protect them from greater scrutiny when some form of judicial oversight is implemented.

“Perhaps, following on with removal of those parts of the legislation preventing publication will open the court’s operation/outcomes to public censure, thereby ensuring less bias occurs.

“For 26 years we have seen many men/fathers falsely accused under our current State based domestic violence and criminal legislation, which can then be carried over into the family law arena by parties seeking to gain a tactical advantage.

“Unfortunately, the Government has been complicit in ‘waging a war against men’, in the hope that by acceding to women’s demands they will retain the women’s vote. I must tell you, at least a third of our calls come from women who are appalled by the callous treatment meted out by the Courts to the men in their lives.

“Since this recent #metoo event more and more women have approached this Agency seeking to assist in any way they can to persuade your colleagues to stop pandering to women who are using the legislation to validate their own bad behavior and gain traction in family law or chase dollars and sympathy with false claims of rape, sexual abuse or violence.

“I repeat, the Parliament has promoted this war against men and it will take a great deal of money and effort to restore some balance between men and women.

“Our children deserve to have both a mother and a father in their lives. A million children raised without a father in their lives is far too many. This number has remained pretty constant over the years. Children who have lost a parent, usually their father find themselves struggling, failing in school, in trouble with the police, drugs, pregnancy and their own relationships.

“Mr. Porter, after your experience which I know hurt you enormously, the expression on your face conveyed your feelings, please consider all and any efforts that might be available to restore the confidence Australian families have that the men in their lives will not be falsely accused or treated unfairly in our courts. Our rule of law, as both you and the Prime Minister have reiterated, is “innocent until proven guilty” in a court of law, not in social or news media.

“There is a reluctance to accuse women of perjury, in fact one of the AG’s staffers who attended a Senate Committee hearing a number of years ago, laughed when I suggested that might be a way to limit the lies and said she didn’t think that had ever happened and it was extremely unlikely to ever happen in the future!”