The Palace of Lies Abolished: The Best of 2021. 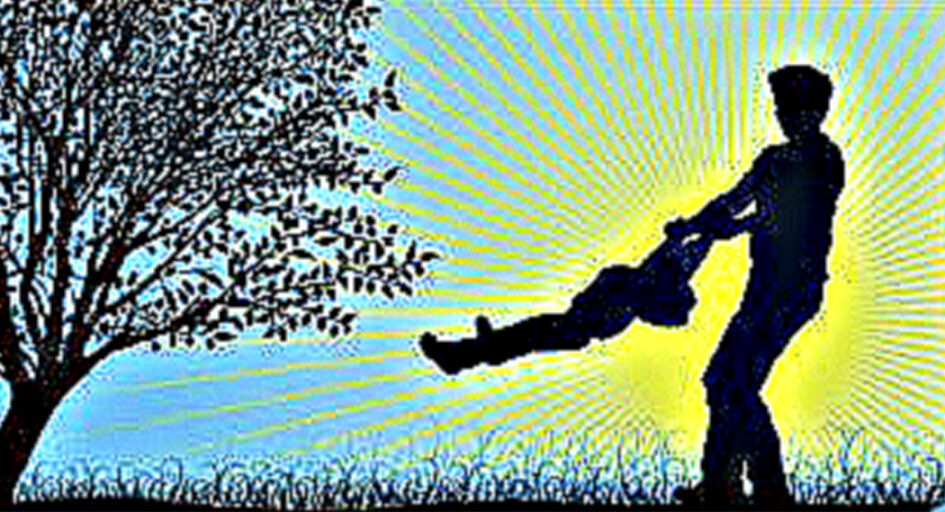 A dark stain on the nation’s legal, social and political history is finally being removed.

Known colloquially as the Palace of Lies, the Family Court of Australia was established in the mid-1970s, at the height of the “all men are bastards” style of feminism which was then infiltrating courts and tertiary institutions throughout the Western world.

Australia was an early adopter, embracing “no fault divorce” which, as too many men quickly found out, meant in practice that everything was the fault of the male.

The demonisation of perfectly decent fathers as patriarchal abusers has been one of the great intellectual deceits of the Australian public service, and caused enormous damage to the social fabric of the nation.

Ironically the abolition of the court and its merger into the mainstream Federal Court has come at a time of heightened absurdity in Australia’s gender politics. The nation’s top law officer, Attorney General Christian Porter, has come under a blizzard of unsubstantiated claims and innuendo.

He was a supporter of the abolition of The Family Court and its merger.

The imbroglio references the possibility of an incident between himself and a young woman when they were in their early teens, 33 years ago.

The febrile atmosphere created by the court, by the billions of dollars pumped into the nation’s outmoded feminist bureaucracies and by the moral panic induced by domestic violence alarmism, despite no evidence that the campaigns have reduced interpersonal violence, has in itself allowed the Attorney General’s career to be destroyed.

He is currently on leave and many activists are urging that he be stood aside.

The poor quality journalism now characteristically found in the $1.2 billion Australian Broadcasting Corporation is made worse by a generation of journalists brought up on critical theory in tertiary media study courses.

Old fashioned rough and tumble “let the facts fall where they may” journalism is now increasingly hard to find.

A story of a mentally ill woman who never made a formal complaint obsessing about an incident which may or may not have happened more than three decades ago when both parties were teenagers and without any corroborating evidence has now destroyed the nation’s chief law officer.

As Paul Collits has written in the conservative publication The Spectator Christian Porter is caught between a rock and a hard place, “since the allegations against him, sprayed all over town by a fembot cabal, can never be tested in a court of law. His accuser has died. The police say there is no case to answer. Christian Porter has no pathway whatsoever to clear his name.”

Welcome to the treacherous world of false accusations entrenched in the modus operandi of The Palace of Lies. Generations of politicians, concerned about the women’s vote or attracting the ire of Canberra’s femocracy, have been too gormless to fix this cruel and fundamentally dishonest debacle.

As one Facebook group calling itself Domestic Violence Awareness Australia put it: “The Attorney General now understands how damaging allegations of sexual abuse and/or domestic violence are when made against a man by a woman, no matter how powerful his position or standing.

“Thousands of fathers in the family law system face a presumption of guilt when such allegations are made against them every year.

What have you done for those fathers in your role of Attorney-General, Mr Porter? Nothing.

“You have stood idly by and allowed so many fathers to lose custody and contact with their own biological children when allegations have been made against them, just like those you are facing now. Watched innocent dads have to endure degrading supervised contact with their own kids. Dads giving up because the system takes too long and depletes their life savings.

“Dads giving up completely and taking their own lives in despair.

“Now perhaps, and especially if you are actually not guilty of the allegations raised against you now, you might finally understand how it feels. But it’s probably too late for you to do anything now, because, like so many men and dads before you – whether the allegation is true or not, your career is finished.”

Richard Tawney, co-founder of the world’s longest running show dedicated to fatherhood issues, Dads on the Air, and a former domestic violence expert with the NSW Police, told A Sense of Place Magazine that the Family Court had been a social experiment designed to implement a left wing social agenda.

The court acted as the legal underpinning for a government funded industry centred around single mothers, and involving a bevy of government agencies, everything from Legal Aid to Child Support to the Human Services Department.

“The notion of single parents was objectionable in the first place, they weren’t single parents. Those kids had fathers, most of whom were desperate to see their children and be involved in their lives.

“Domestic Violence became the one of the main weapons in custody disputes. Any form of allegation would do, DV, sexual abuse of children, psychological trauma.

“The solicitors have been able to use that as a weapon to be able to keep the parties divided, so there was minimal chance of reconciliation, and virtually no chance of settling the matter. There is a vested interest from solicitors to earn as much money from both parties as possible, rather than resolving it as early as possible.”

The stench around the Family Court of Australia means it is regarded with contempt both by lawyers and litigants. Its only real defenders are taxpayer funded women’s groups. There is no equivalent funding for father’s groups.

The decisions of the court are the stuff of legend.

One Indian immigrant was jailed for writing to his parents in English. The court ignored his protestations that his father had two masters’ degrees in English.

The court has also ordered litigants not to contact the United Nations with their concerns, not to publicise the injustices of their cases in any way and not to take their children to a doctor or raise welfare concerns. One father was ordered not to contact his children after he allegedly carried his daughter around on his shoulders, in a crowded park, in a suggestive manner.

Yet another was jailed for sending his child a birthday card.

Similar stories of damaged lives and truly outrageous conduct circle the Child Support Agency. The Agency claimed to be treating fairly a young father who was losing 80 per cent of his income in tax and child support and died with one of their letters in his hand.

Another man took more than two weeks to die when he swallowed poison after a call from a CSA officer. The CSA refused to attend the inquest despite a request from the Magistrate, claiming to do so would be a privacy breach.

Despite architect Lionel Murphy’s vision of a “helping” court when he brought no-fault divorce to Australia in 1975. co-operative parenting after divorce was rarely encouraged.

Almost from the minute the Family Court opened its doors it became a law unto itself, imposing sole mother custody on separating families despite the harm it caused.

Reforms meant to promote shared parenting in 1995 actually saw the small percentage of such orders drop. Historically, the Family Court denied fathers contact with their children on the flimsiest of excuses or most ludicrous of accusations.

Overly legalistic, enormously bureaucratic, secretive, unaccountable and ideologically biased, defying community norms of morality and propriety, it soon became one of the country’s most hated institutions.

Many children entering the Family Court never saw their children again. The resultant personal pain created a large body of disaffected men as well as grandparents and other extended family members, did the community as a whole great harm, brought the judiciary into disrepute and impacted badly on the children involved.

The high death rate of separated men is well known. More men die so-called “deaths of despair” as a direct result of the their treatment at the hands of the Family Court and the Child Support Agency than have ever died from Covid, but we haven’t rearranged the entire society to protect them. For one simple reason: They are unfashionable victims.

Successive governments from both left and right have failed to listen to their constituents and respond to their concerns. Even when enacting legislative reforms, these same governments left their enforcement in the hands of institutions notoriously resistant to change. They allowed or encouraged fashionable ideology, institutional inertia and bureaucracy to triumph over common sense. Common decency was lost long ago.

In terms of human suffering, the Australian public has already paid dearly for the failure to reform outdated, badly administered and inappropriate institutions dealing with family breakdown – and for the failure of governments to take seriously the voices of the men and women most directly affected by them. The country’s failure to reform family law and child support is ultimately a failure of democracy itself.

Written and compiled by veteran Australian journalist John Stapleton. Along with Richard Tawney he was co-founder in 2000 of the community radio program Dads On The Air. A collection of his journalism is being constructed here. Originally published March, 2021.