The War On Men 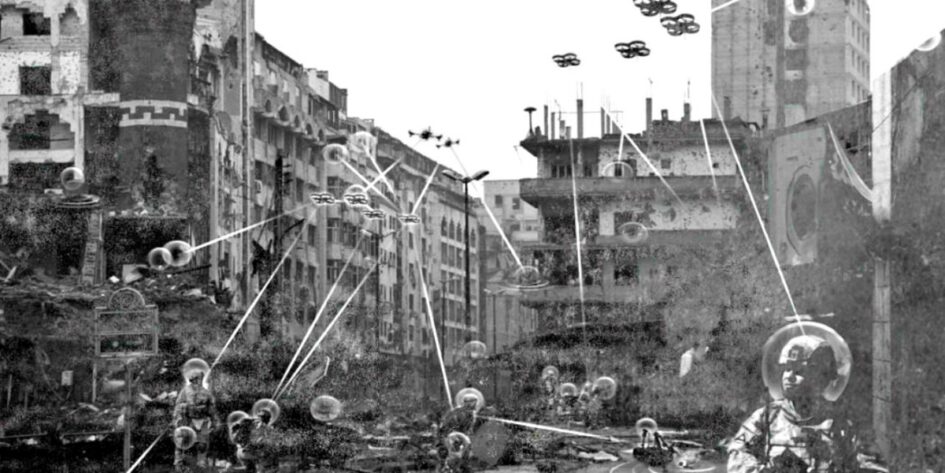 Fomenting Revolution in the Pandemic

A key element to fomenting revolution is a large body of undervalued and underemployed males. Which is exactly what the ceaseless demonisation of men by Canberra’s massively funded femocracy has achieved.

They are operating on an “all men are bastards” style of feminism which took the universities by storm in the1970s. The useful fools pouring out of tertiary institutions and now infesting the upper echelons of the nation’s bureaucracies have poisoned our society with these now seriously out of date ideas.

If any good is to come out of this rotten pandemic, I hope it is a reexamination of the way we treat men. We’re happy to steal their taxes, but only to use their money against them.

The government’s disgraceful messaging on domestic violence during this pandemic, pouring yet more hundreds of millions into creating moral panic and painting women and children as in danger if men are forced to stay home with their families, is not just preposterous, it is counterproductive.

The single most protective influence for women and children is a father in the household. Even more so in times of widespread poverty.

Not that you’d ever guess from the blizzard of government funded propaganda prosecuting a ceaseless war on men. Turning perfectly decent working class males into patriarchal oppressors is one of the great intellectual deceits of the age, a deceit which has underpinned vast bureaucratic empires.

It is a sad indictment, that in my opinion, the family law system has deteriorated even further in the last few years. Mainly because of the growing influence of domestic violence issues, the increasing number of false allegations, perjury and lack of punishment, the incompetence of some family experts, the refusal to enforce orders, the secrecy of the court, the time delays in bringing cases to trial and the dogged effort of women’s groups to destroy the sensible shared parenting gains of 2006.

Society in general has been subjected to a hate campaign, lead by determined groups of women focussing on removing fathers from their children, destroying the concept of a child having two parents. The media has joined the hue and cry against men in general. Any man who behaves badly provides reason to accuse every man of bad behaviour. Media coverage if a man kills his family is excessive, but we hear little of the crimes committed by women despite them killing more children than biological fathers.

This war on men must stop. It is unjust. It is destroying our families and the relationship between men and women.

Our legislators, the police, the courts will fail to improve the system unless they acknowledge and act on the fact that men/fathers are also victims of violence and abuse and women are perfectly capable perpetrating acts of violence.

The system we have now is driving men out of the country, they are disappointed and angry that they feel they have to leave their home and the children they are unable to see.

Society is creating an atmosphere for men, particularly separated men where they are unwelcome.

It was a bastard act executed purely for political convenience. The unleashing of hundreds of women’s legal services and domestic violence activists, all infested in the hatred and demonisation of men, was very poor repayment to the so-called Quiet Australians who won him the last election. It was these same working families who have suffered the most from the $15 billion industry destroying families.

It does our society no good to have literally hundreds of thousands of disenfranchised and deeply disaffected men in the community, many of them profoundly damaged and distressed by court and child support processes, heart broken at their state enforced inability to see their children.

In 2006, Australia was among the leaders of the western world to introduce a “shared parenting” concept. The old guardianship laws were rehashed to become shared parental responsibility, which was allocated to parents who presented no harm to their children or each other and could show they could communicate and reach agreement.

Shared parenting time became a ‘must’ requirement, or substantial contact or any other scenario that was thought to be in the best interest of the child. To encourage cooperation the “friendly parent” requirement was introduced to ensure both parents understood the need for the other parent to be able to share in the care of the children. False allegations and lies attracted further penalties.

Extensive monitoring of the changes showed they reduced conflict between separating parents.

The Labour Government came into power in 2007, and almost immediately rolled back the changes to the 2006 Shared Parenting Family Law Act by removing the friendly parent provision and the accompanying penalties that would go a long way to identifying and restricting false allegations and lies.

Prime Minister Julia Gillard undermined the shared parenting reforms and broadened the definition of domestic violence to include verbal or financial abuse and emotional manipulation.

This ensured any allegation of abuse from a mother in a custody battle becomes grounds for denying a father access to his children.

Not only was the legislation rolled-back, the then Labour Government focused on introducing a campaign to protect women only and children from their alleged abuser, taken to be the male partner/husband. In 2012, family violence was elevated in the Family Law Act to take precedence. A blue-print, was adopted by COAG entitled Time for Action, a National Plan to Reduce Violence against Women and their Children 2010–2022.

Changes of Government and Prime Ministers did not halt the level of anti-male propaganda dispensed under the claim of protecting women and children only from violence. Malcolm Turnbull made his first policy announcement as Prime Minister by giving $100 million dollars to be used to blame domestic violence on gender inequality.

Our current Prime Minister Scott Morrison has been quick to “White-Knight” his credentials by putting in a $326 million contribution into the domestic violence industry that will do little to protect women who need protection and continues the demonisation of men and boys without justification. It will provide funds for more ineffective talk fests, media lunches and launches.

As we have seen the heavily funded White Ribbon Foundation has closed having overspent its budget and Rosie Batty’s non-profit help organisation has also closed down, mired in scandal.

Women’s domestic violence advocates have been determined to send the message that only men and that means all men, no matter who they are, have the potential to be violent and only women are victims despite statistics proving otherwise.

At least, one in three victims of domestic/family violence are men and children are in far greater danger from their mothers.

These are not just wild claims by some allegedly right wing men’s rights activist but well established well documented facts with numerous studies to back them up.

Now our country is in a genuine crisis; the greatest threat to our well being the very governments we elect to protect us.

And we will need a healthy, functioning society that does not build bureaucratic empires using outdated ideologies to pitch one gender against another, but values and appreciates all its members.