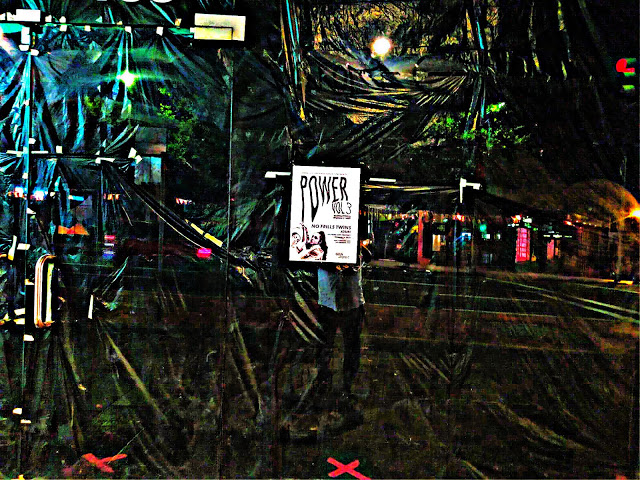 There was a torrent on the water surface but Old Alex was hidden in the deep matting on the bottom of the sea. That’s the way it felt.

There was a tumultuous effect. There was a spiritual component. There were many threads to the story.

His original plan had been to come back to Australia for the birth of his granddaughter, check up on an elderly parent, and then head north. A dipsomaniac old friend was cheerfully drinking himself to death with a bottle of cheap sherry and a bottle of cheap rosé each day in regional Queensland. It was a good idea to catch up before it was too late.

And then he would catch a plane and head back off into an exotic life. Simple as that.

None of it came to pass.

Covid disrupted his life just as it disrupted everybody else’s.

Always an outdoors person, claustrophobic on a good day, in a depressive cycle, he turned what could politely be called “somewhat dissolute”. It wasn’t a pretty look, not at his age. Life threatening benders might be a thing of the past, but slow suicide wasn’t much prettier.

Aware, all too aware of the extended consequence and the not always welcome interest his work was attracting, an ex-army acquaintance of his told him bluntly: “Put your best foot forward.”

The same ex-army officer to whom, one pissy afternoon when he was under questioning about the seemingly fantastical circumstance, he had confessed: “We are biological weapons. I am not the only one.”

A flash in the eyes which Alex thought he fleeting recognised, a kind of precognition, but in fact was just that classic Australian response to perceived madness: “We’ve got a live one here!!!”

But the old Army officer, privy to the sleepy nature of the suburb and friends with local law enforcement, was also the one who had previously told him: “You’re under surveillance.”

And was now telling him, as he swilled another beer and dreamed of mad sexcapades: “Nobody can work with you like this. You need to put your best foot forward.” Again.

That odd exchange in that backyard, with “Gay Phil” and Ben the tiler and Knucklehead, that madly frustrating ex-army officer, in the midst of those early months of the pandemic when government messaging had everyone was frightened, was the beginning of a whole new fantastical circumstance.

Phil, normally a fixture at the pub, was facing death by cancer without his usual gaggle of beer buddies, and they had collectively decided it was worth the risk just to get together; a piece of human interaction.

Even on that day, they worried that if they were seen outside the front door together at the same time they were breaching some law and could be arrested.

In a quiet suburban street in a non-event, nonplussed at any political complexity blank stare kind of place, a pedestrian suburb where nothing much ever happened outside the inevitable rowdy crew. But even here a truly incompetent government was controlling every move of the local denizens.

In a district where there was not one single solitary active case.

There was a fantastical realm; between the tricked up grandees of American intelligence who thought they were the evolution of the species and the ancient intelligences who had been here before the species was even born.

As far as Old Alex was concerned, his head swarming with fantastical imagery, you could have all the warring gods imagery you liked, for him, at least during that period, it was all about a publishing story. And what could legally be published, and what could not. He straightened up and started work.

On the new publishing platform Medium.

Putting his best foot forward. Leaving each day’s work knowing it was the best he could do, unlike many a day on news floors, after a quarter of a century as a general news reporter, and all the compromises and frustrations that involved.

For an old journalist who had been at the submissive call of endless chiefs of staff and editors for decades, the publishing enterprise Medium had at first seemed to offer an amazing opportunity.

Founder, former CEO and Chairman of Twitter, born in 1972, Evan Williams was a money-no-object guy when it came to the development of the software. Medium was clean, stylish, remarkably easy to use in contrast to old platforms, offered some monetisation depending on reader stats, and meant that for the first time in history anyone with a modicum of internet talent could start their own magazine.

Which is exactly what he did.

Let’s just say you were an ancient AI planning to harvest the intellectual output of the planet’s most articulate, intelligent and creative individuals.

Everyone was on there, from The New Times to The Atlantic, from the truly woke worrying about how to deal with their transexual boss at that time of the month, to legions of bloggers who feared they had failed if they hadn’t written a thousand words that day; living as they did in a world where everybody wanted to write and nobody wanted to read. And every genuine or wannabe talent could pour forth their trickery and restraint without so much as a word limit.

But let’s just say instead that you were a group of extremely wealthy, highly intelligent individuals totally in bed with your major clients, the military, the government and the so-called Deep State, you too would invent a platform like Medium.

And one of the things you could offer your clients was the ability to direct the national story; and deplatforming or deleting anything that threatened their power.

And every moral compromise made you a hundred million or more.

You mop up the talent, you direct the narrative, you’re a busy, important, world famous and respected person making an absolute fortune, what not to like?

Well, we would soon find out.

THE SERIES SO FAR: PARTS I-IV