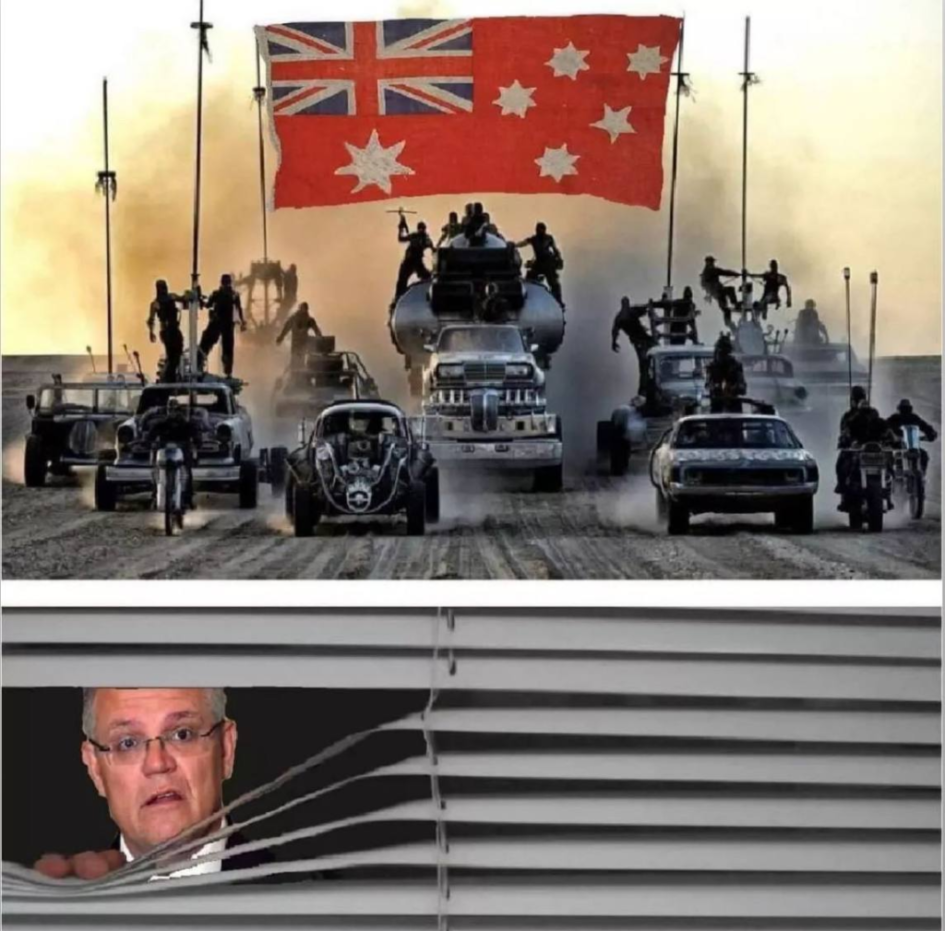 Days of protest are marching towards a resolution.

So here are the scattered notes from multiple sources; as the river of this history changes all our lives.

And transforms the nature of the polity.

They tried to crush the people, and instead transformed them.

A story which has made no sense from the very beginning now makes perfect sense; in the most diabolical of ways. And the natural talent, resilience and productivity of the population has resurfaced, and the people rise up. Unity is strength.

While the mainstream media, bought and sold, continues to ignore the biggest story in the country.

Scummo is done.
It’s only a matter of time.
The whole house of cards will start to fall,
because it’s built on lies and built by liars to the Australian people.

On Monday, anti-vaccine protesters demanded an end to COVID-19 mandates and the resignation of parliament.

As part of a renewed push to legitimise their grievances and overthrow the government, the group has called for 5 million supporters to converge on Canberra in the coming weeks.

This comes after crowds swelled from hundreds, part of a “Millions Against Mandatory Vaccination” protest, to at least 1000 on Saturday. ACT police said they estimated around 3000 people were at protests on Monday.

While the protesters’ plans for the week ahead are unclear, The Canberra Times understands more people are set to arrive over the next few days with intentions to cause as many disruptions as possible across the capital.

It is understood the group intends to stay in Canberra until at least tomorrow, when Federal Parliament returns for its first sitting week of the year.

We’ll bring you the latest updates on their movements and impact on the nation’s capital over coming days.

MEN AGAINST THE NARRATIVE

On multiple channels, what were once dismissed as conspiracy theories have now become terrible indictments and are being widely shared . When all the savage birds come home to roost.