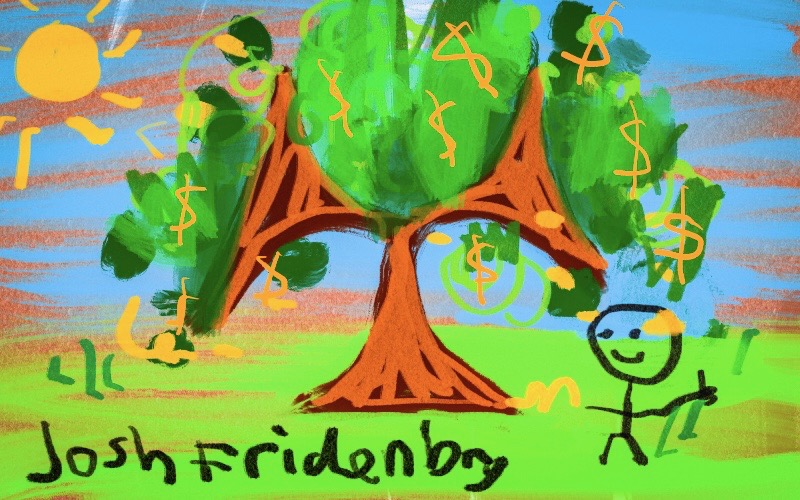 But at least JobKeeper makes sense. At least, despite the rorting, it has saved thousands of Australian businesses from obsolescence.

What makes no sense is that the Treasury – or somebody with influence – has devised a scheme to turn the Tax Office into a bank to prop up zombie companies with cash. We are referring to the measures interred in the minutiae of the 2020 Budget papers which allow companies to get cash back from the Tax Office if they can show a loss this year.

Already, the cuff-linked spivs from the Big End of Town will be concocting assorted loopholes to dud the ordinary taxpayer again.

To translate, you can claim back the tax your company paid in previous years if you make a loss this year, or somehow manufacture a loss.

At the behest of government, it is the Tax Office which has already been running the corporate subsidy schemes, channeling JobKeeper into businesses, whether they are profitable or not.

It is the ATO which has been paying small businesses the amount they would ordinarily pay – as deductions from their employees’ salaries.

Now the government is mandating the ATO to return tax paid before the pandemic, when business was good, to businesses which run up tax losses now that business is bad – just the sort of business loss makers that won’t attract the willing lenders.

It’s a rewrite of legislation passed by the Labor Government for 2013; and then repealed. New Zealand does it. So does the US. It’s cash.

So it is that Australia’s best and brightest financial scammers will already be figuring out how to get it. High depreciation charges, for instance, help to create tax losses, especially as depreciation is an accounting entry, not a cash outlay (there are special rules for businesses with turnover less than $10 million which get an extra free kick here to help create a paper loss).

Nothing for innovators, everything for zombies

And there are timing issues to get it just right, to get the loss and to get the cash back. This is free money; like franking credits it is not a rebate. It involves money paid to the ATO (going back to 2018-19). That money is now sitting there, like money in the bank, waiting to be withdrawn.

All it takes is to fill out a form.

Is there anything to say this free money from these “loss carry back offset rules” can’t be simply paid out in dividends to shareholders or bonuses to executives? No, the law which said you could only pay dividends out of profits is long gone.

Is there anything to stop the money being lent to directors? No.

Is there any reasonable explanation? None that we could discover. There is nothing in it for start-ups, for innovators, but plenty in it for companies which would otherwise be now trading insolvent, or dead.

If the media were to work this out, and perhaps ask some questions, the government would say it was all about jobs.

The “Blokey Budget” of 2020 has already attracted criticism for favouring rich over poor, men over women and old over young. The “Loss carry back offset rules” will simply entrench the ballooning inequality.

The driving thought behind the Coalition’s thinking is “spend-and-lend”. And the method is privatisation, as foreshadowed here, privatisation which has meant a bonanza for the banks this year:

In line with its Trickle Down Theology, the government is hoping taxpayers will spend their tax cuts; it is hoping the banks lend their free money to fund investment.

And what free money it is. Besides the $52 billion in new money which has already been created by QE (the Reserve Bank buying bonds from the banks and crediting their accounts with cash), there is another lurk, a very large lurk, which will send more billions into bank coffers.

We are referring to the TFF (Term Funding Facility), which has been increased to $300 billion. The money supply, or new money created, increases by the amount of Commonwealth bonds bought the RBA plus the amount borrowed under the TFF.

In a speech a couple of weeks ago, RBA Assistant Governor Guy Debelle, put this figure at $130 billion. (Bear in mind, the TFF only gets to $300 billion if the excess is lent to small and medium businesses. – something which is unlikely to happen – they are too risky for the banks. SMEs are the ones that go to the ATO for the new no-questions-asked money under the tax-back scheme.

What can the banks do with this $300 billion in ultra-cheap finance from the RBA? They are supposed to lend it, to get the economy going. That is the intent of the plan.

But there is nothing to say they can’t use it to buy Australian Government Securities, or bonds. If there is more money to be made trading bonds, which is likely, the banks will use the cheap money to buy bonds then sell them to the RBA.

This is how the fiscal love triangle works. The banks borrow from the RBA’s TFF at a bargain-basement 0.25%. They use that money to buy bonds from the government then the RBA buys the bonds from them. The RBA then credits their accounts and, presto, billions in new money created.

It passed with barely a fuss; a faith lost, a creed betrayed.

The Coalition creed of fiscal virtue that is. For years we have heard from the Liberals and their ideological allies at News Corp and Nine about the virtue of managing the Australian economy like a household budget. This fiscal rectitude is the very foundation stone of Liberal policy and politics.

“This was a very nasty, personal, vindictive, unnecessary, misguided attack by Paul Keating,” shot back Treasurer Josh Frydenberg. Then, only a few hours later, the reverse ferret. The Treasurer declared stimulus was now the priority, forget the surplus.

Already, without admitting it in so many words, the government had been practising MMT by “printing money” to the tune of $52 billion. It just wasn’t the way Paul Keating was suggesting.

Rather than the RBA buying bonds directly from government, to create new money, the government had privatised its money printing by outsourcing it to the banks. That is the banks buy the bonds and the central bank buys them from the banks.

This is very much in line with the long-standing conservative few that the private sector does things more efficiently than governments, that wealth given to the upper echelons of business will trickle down to the hoi polloi.

The spending and lending is supposed to be about creating incomes for others.

Taxpayers buy coffee, household goods, holidays, go to see a band at the pub and get someone to mow the lawn; creating incomes for waiters, shop assistants, and performers and gardeners.

Businesses go to their bank and get a loan to buy a new fit-out, a new coffee machine, a better forklift, replace the cool-room, get a sheet metal machine, pay a monthly fee for a new accounting system; while tradies and techies install the lot. Each purchase creates a new order for another business which in turn places another order with its supplier – and the banks hope to get their money back.

It all relies on spending and lending. That’s the theory.

The practice might to turn out to be more “save-and-select”.  And herein lies the problem.

Instead of spending, taxpayers may save their tax cuts, paying them straight to their bank to get rid of the compound interest they’ve incurred during the mortgage repayment holiday; sensing it’s better to create more equity in their homes than having a night out.  Or they may give it straight to the landlord to avoid being told to vacate the premises.

And instead of lending; banks choose among their field of borrowers, looking for borrowers with some collateral left, those with low-risk cash flows who are more likely than not to have the wherewithal to service yet another loan.  Those large companies protected by the government from failure.

Sure, the government says the banks and mortgage-brokers don’t have to do as much paperwork to justify a loan, despite what a Royal Commission may have suggested, but the banks still want cashflow and collateral, before letting a single dollar escape their doors.  And lots of small and medium sized businesses are sitting in rented premises, with high fixed costs, intangible IT, plenty of whiteboards, an entrepreneurial spirit and uncertain cashflow.  Not much to mortgage.  Those businesses have to survive on someone providing some new equity, not on another loan.

So small business will be placing a lot of faith in the government’s spend and lend theory.  And big business is be grateful the RBA came out early, backing the debt and deficit budget, ready to provide somewhere between $200 and $300B to the banks to on-lend for good projects and to buy government bonds while those projects take time to take shape.

Ironically, no bank will lend to a business without a business plan and the wherewithal to pay back the loan but the RBA, thanks to this new-fangled cash-back scheme, will give cash to failing businesses no questions asked. Free, no interest.

Further to the irony, it is JobKeeper subsidies and the watering down of lending and insolvency rules which has created this new class of companies, the zombie companies, which will now be preying on their next source of welfare.

If the government had just given money to those who actually needed it, those who would definitely spend it, or the RBA simply bought the bonds directly – rather than via the banks – and spent it on social housing projects and the likes, they could have guaranteed spending while actually helping people who needed it.