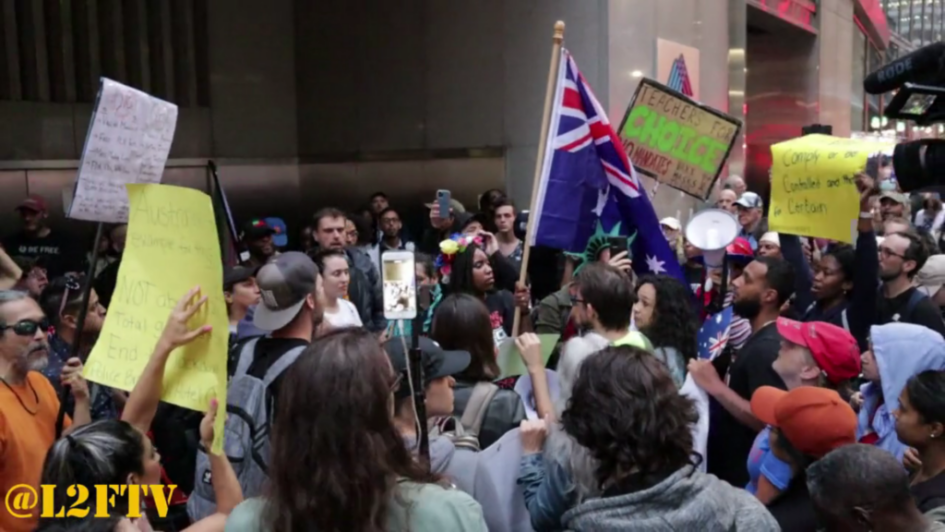 Australian flags were flying in New York City overnight, as demonstrators chanted “Save Australia” in solidarity during an anti-mandate march across the city.

Australia became the focus of an American pro-choice protest in New York City overnight, with a large crowd of demonstrators chanting “Save Australia” and waving Aussie flags.

The large crowd gathered outside the Australian consulate in the city for speeches.

The march began in Brooklyn outside Department of Education headquarters earlier in the day, as many anti-mandate advocates gathered to hear speeches.

The march mobilised and moved across the Brooklyn Bridge and into Manhattan, with chants of “Wake up, New York,” and “We, the people, will not comply.”

“What’s going on in Australia is not just going to be Australia. And when it shows up on our doorsteps, we’re gonna punch it right in the f***ing teeth,” one speaker said.

“We’re holding the line for Australia, we support Australia!” said another.