This Utterly Extraordinary Day: The Fulcrums of History 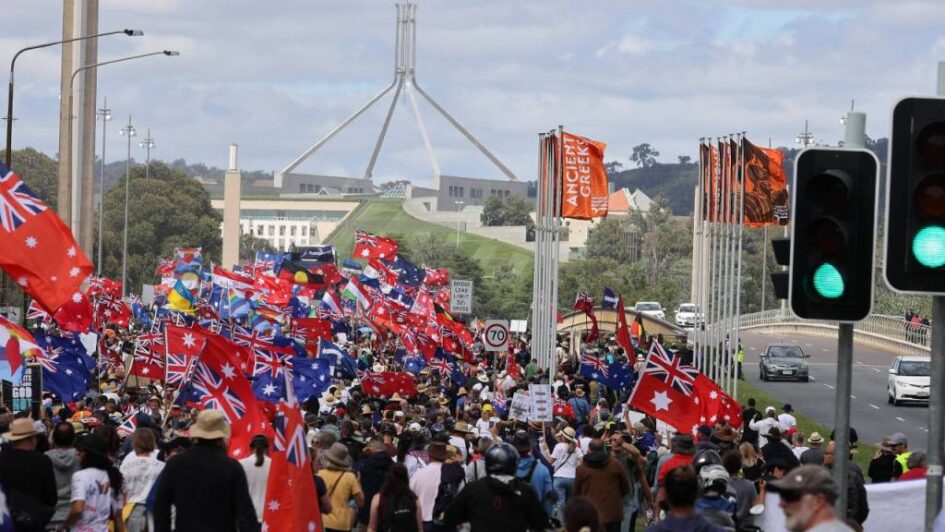 Massive crowds from across Australia descend on the nation’s capital.

Huge crowds of pro-choice protesters have gathered in the Australian Capital Territory to demand freedom and no more COVID-19 vaccine mandates. But the powerful event was driven by far more than a few single issues. It is a cry to end the tyranny which has marked the last two dismal years in Australia.

The demonstrators, who have travelled to the nation’s capital from across the country this week, marched from Canberra’s Glebe Park to Old Parliament house on Saturday, 5 February, 2022, a day which will go down in the nation’s history. The convoys of Canada have provided remarkable scenes of a people’s revolution, and now Australia has produced what looks very much like a national uprising.

The protesters descended on the grass this week as part of the Convoy to Canberra movement, objecting to vaccine mandates, totalitarian coronavirus restrictions and a government which has deserted the people, doing nothing but generate complexity and difficulty in the citizenry’s life while the political class gorges themselves at the trough.

Protesters displayed Australian flags and placards reading “no vaccine mandate” as they marched.

The group then moved towards Parliament House, where the demonstrators let their voices be heard in full.

The protest comes after ACT Policing ramped up its response to protesters camped out in front of the National Library of Australia.

Local officers, along with additional resources from the Australian Federal Police, began moving equipment and illegally parked vehicles from the Patrick White Lawns.

No arrests were made at this event and everyone has since returned safely to the new campsite.

The demonstrators vow they will stay “as long as it takes” until their demands are met.

ROLLING COVERAGE OF THIS MULTI-DAY EVENT