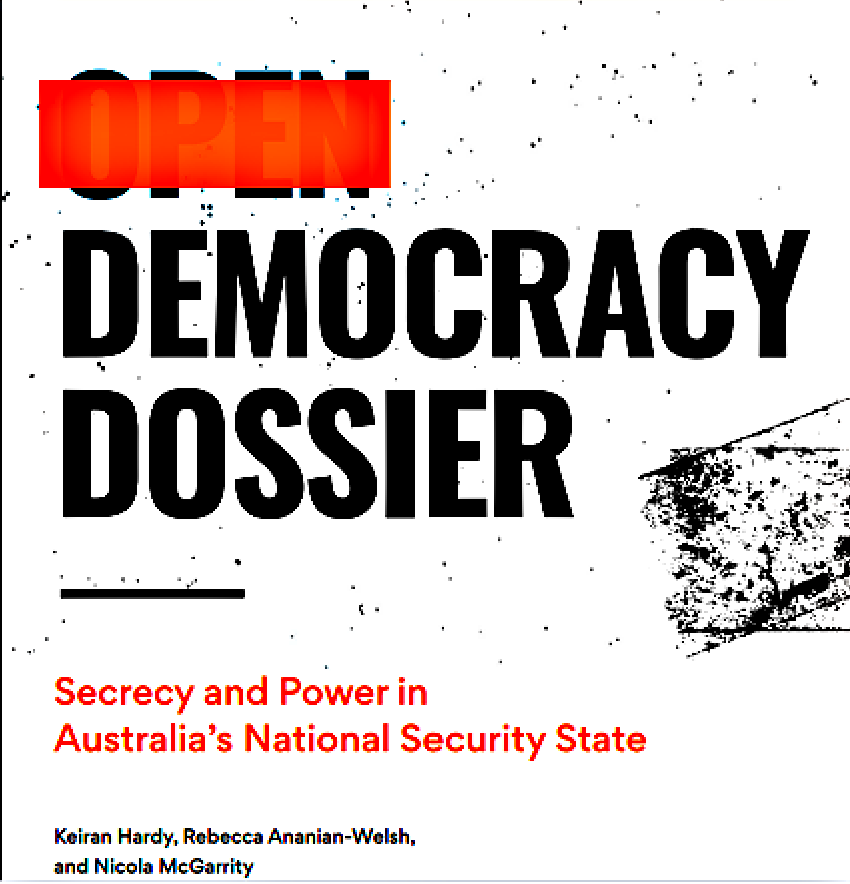 Australia has long been regarded as a leading liberal democracy, but our global reputation
is declining. Extensive lawmaking in response to terrorism, combined with an entrenched
culture of government secrecy, has put our democracy in a troubling state.

Police investigations into journalists and prosecutions of whistleblowers suggest government
respect for transparency, accountability and freedom of the press is at an all-time low.

11 September 2021 marked twenty years since the 9/11 attacks on New York and
Washington. Across these two decades, the Australian government has built a powerful
national security apparatus. Over this time, we have gone from having zero national laws
addressing terrorism to 92 such laws.

Collectively these amount to more than 5000 pages of powers, rules and offences. This is significantly more than comparable western nations.

Many of these laws contain unprecedented powers – from preventive detention to citizenship stripping and secret trials.

Such powers deserve careful deliberation in Parliament, but they have been enacted in haste, sometimes in mere hours, their passage smoothed by a rhetoric of urgency and fear.

Like Australia’s historical wartime powers, our counter-terrorism laws have been justified as extreme responses to an immediate threat. However, unlike their wartime equivalents, these laws are a permanent fixture.

In 20 years, only one significant power has been repealed, and those with expiry dates have been routinely renewed.

These vast, complex laws undermine the core pillars on which Australia’s democracy is built.

Recently, their impact on free speech and freedom of the press has been recognised globally.

Ranked higher than Australia is Suriname, where the ‘public expression of hatred’
towards government is punishable by seven years in prison. Its President, Desi Bouterse, has
been amnestied for the 1982 murders of 15 political opponents, including five journalists.

Australia also falls behind Samoa, where the Prime Minister, Tuila’epa Sa’ilele Malielegaoi,
has threatened to shut down Facebook and warned citizens not to ‘play with fire’
by criticising the government online.

This sounds like a comment that Australian politicians would not make – but when Prime Minister Scott Morrison warned journalists to ‘be careful’ making allegations of sexual harassment, and Defence Minister Peter Dutton threatened to ‘pick out’ some Twitter users to sue for defamation,
it became clear that the political climate in Australia had changed for the worse.

There has been a marked cultural shift in Australian politics. Holding politicians
to account and exposing wrongdoing are core tasks that should be valued – and
protected – in a democracy.

Now, these tasks are not only much harder, but also riskier.

A secretive culture which resists transparency and accountability has become the
hallmark of the current Coalition government, making it difficult for journalists to access
information about what government departments are doing, and what they are doing
wrong.

When this information is leaked, journalists and their sources face significant
jail time, even if it is in the best interests of the Australian people to know about it.

Australia’s counter-terrorism laws make public interest journalism a risky day job. Powers
of surveillance and decryption mean that journalists who report on national security
matters can no longer guarantee the identity of their sources will be protected.

Journalists also face significant jail time under sweeping espionage offences, which define national
security as anything relating to Australia’s political or economic relations with other
countries.

Holding governments truly accountable in this restrictive legal environment
– and keeping the Australian people fully informed – is more of an ideal than a reality.

A healthy democracy demands open, transparent government. It demands legal
protections for journalists and whistleblowers who act in the best interests of the Australian
people, and careful deliberation of new laws in Parliament.

A healthy democracy requires rigorous checks and balances on government power to uphold the rule of law. In this report, we explore how these democratic values have been chiselled away by counterterrorism powers and a growing culture of government secrecy. We identify four necessary
actions to help repair this democratic deficit. It is time to take stock of what Australia
has given up in the name of national security since 9/11 – and start gaining it back.

Dr Keiran Hardy is a Senior Lecturer in the School of Criminology and Criminal Justice
at Griffith University and the Griffith Criminology Institute. He has researched and
published widely on counter-terrorism law and policy, radicalisation and countering violent
extremism, intelligence whistleblowing and the accountability of intelligence agencies.

Dr Rebecca Ananian-Welsh is a Senior Lecturer at the University of Queensland, TC Beirne
School of Law. She has a combined expertise in constitutional law and counter-terrorism,
and a recent research focus on how national security laws impact fair trial rights and press
freedom. Prior to commencing her academic career, Rebecca held legal positions with
DLA Piper Sydney and the Australian Government Attorney-General’s Department.

Dr Nicola McGarrity is an Honorary Senior Lecturer in the School of Global and
Public Law, Faculty of Law, University of New South Wales. She has previously
practised as a barrister in the fields of constitutional and criminal law, and
written extensively on Australia’s anti-terrorism laws and prosecutions.