The War On Journalism 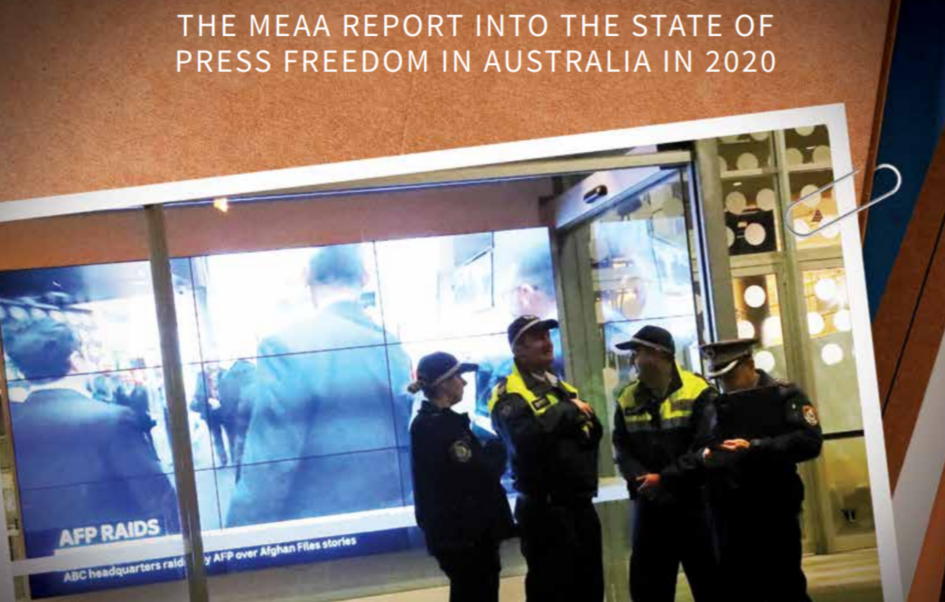 Press freedom has clearly become a key issue for Australians.

The third annual press freedom survey by the journalists union MEAA found that when asked if press freedom in Australia had got better or worse over the past decade, an overwhelming 98% of respondents said it had got worse, compared to 90.9% in 2019.

Those are the sort of numbers you would expect to see in a despotic police state not in a country that prides itself in being a liberal democracy that chides the failings in others.

Clearly, the raids on the home of a Canberra journalist and the offices of the ABC have shaken Australians and led them to question how it has come to this.

For almost 20 years the Australian parliament has granted governments sweeping new powers aimed at protecting us during the so-called “war on terrorism”. Politicians have cited the need for “national security” to implement new laws and amendments to existing laws.

Government agencies are now equipped with powers to reach into our homes and offices, into our phones and computers, and intrude into our lives in an effort to control the possession and flow of information.

The laws were passed by the parliament with what Williams calls “convenient bipartisanship”.

These laws allow governments to hide information from public view and punish those who reveal that information. There is no need for government to explain or even justify why the information is cloaked in secrecy – all you need to know is that the government has deemed it so.

This cloak is also being used to shield the governments from embarrassment. Sometimes the embarrassment leaks out, particularly when a whistleblower seeks to reveal instances of wrongdoing. For whistleblowers, exposing wrongdoing by telling the truth can be frustrating and dangerous. Frustrating because often internal systems fail to act on their concerns; dangerous because too often there is a threat of retaliation for the embarrassment they have caused.

If a whistleblower has the courage to continue seeking a way to tell the truth, they sometimes turn to a journalist to tell the story. The powers that the Australian parliament has granted governments have also been steadily ramping up the punishments for whistleblowers and journalists.

Laws first enacted more than a century ago have been augmented with new significant jail terms of 20 years or more for “recklessly” telling the truth.

The extraordinary assaults on journalists and their journalism that took place over four days in June last year mark the lowest point for the state of press freedom in Australia. What began with a Department of Home Affairs official telling a journalist they were being investigated over a “leak” from inside the department was soon eclipsed by the early morning Australian Federal Police raid on the Canberra home of a News Corporation journalist the next day.

That raid was in response to a news story published more than year earlier. The raid lasted seven hours as Australian Federal Police trawled through the journalist’s home, searching through her books, her clothing, even her oven.

The next day, it happened again.

Armed AFP officers raided the ABC’s Ultimo, Sydney building. They came with a warrant of enormous scope and power to “add, copy, delete or alter” material in the ABC’s computers. The raid was investigating a news story that had been published almost two years earlier.

The day after that, the AFP had intended to mount yet another raid, this time on the Sydney offices of News Corporation. That raid was abandoned – most likely because of the local and global outcry over the actions of the previous days.

What were those wielding this enormous power thinking? What did they think such overt use of power would signify to Australians?

This series of assaults on press freedom are a highly dangerous and dramatic escalation of the assault on the public’s right to know what our governments are doing in our name. This was evidence of how Australian government agencies demonstrated they will go after whistleblowers and journalists who tell stories that embarrass the government.

These stories, by any reckoning, were true.

They were based on leaks from within the government. The public has a right to know these stories. But increasingly they have been locked away from view, hidden by a cloak of secrecy – for reasons that are unjustifiable. Why is so much government information locked away? Why do whistleblowers face such a struggle to tell their stories and are threatened if they do so? Why are journalists criminalised for carrying out their duties?

Almost a year after the raids, the three journalists involved are still waiting to hear if they will be charged. Despite ministerial directions from the Minister for Home Affairs and the Attorney-General, there is still no certainty that these journalists will not face trial for reporting the truth.

There is a sign that some things may change. After the national and global outcry, parliament responded with two inquiries into press freedom that focussed on what had gone wrong.

Media outlets including MEAA submitted that the web of national security laws that had been created over the past two decades now needed to be unravelled. There was also a strong response from the media in a public campaign highlighting the steady erosion of the public’s right to know.

In a remarkable display of joint concern and action, rivals in Australia’s media came together to campaign for six key reforms to make sure journalists and their sources can expose wrongdoing without fear of reprisal. Through the media industry lobbying group, Australia’s Right To Know (which includes MEAA) the reforms aim to restore the balance of freedom of information and expression versus the needs of national security.

• The right to contest the application for warrants for journalists and media organisations;

• Exemptions for journalists from laws that would put them in jail for doing their jobs, including security laws enacted over the last seven years;

• Public sector whistleblowers must be adequately protected – the current law needs to change;

• A new regime that limits which documents can be stamped secret;

• A properly functioning freedom of information (FOI) regime; and

The outcome of the parliamentary inquiries will be known in coming months but there has been strong opposition to these reforms by government agencies. However, the reforms proposed by Australia’s journalists and media organisations are an important path to a future where democracy and the public’s right to know are not just protected but promoted and encouraged.

These reforms draw Australia back from a descent into a country where police state powers are used to having a chilling effect on public interest journalism, and threaten journalists with jail for doing their job. Journalists are not above the law but bad laws must be reformed if freedom of expression, and press freedom, is to be upheld. At stake is not just Australia’s reputation but also our ability to function as a healthy democracy that respects the human rights of its people.

Paul Murphy is the Chief Executive of the MEAA. This is the Forward for the recently released report War On Journalism.

The full report can be found here.