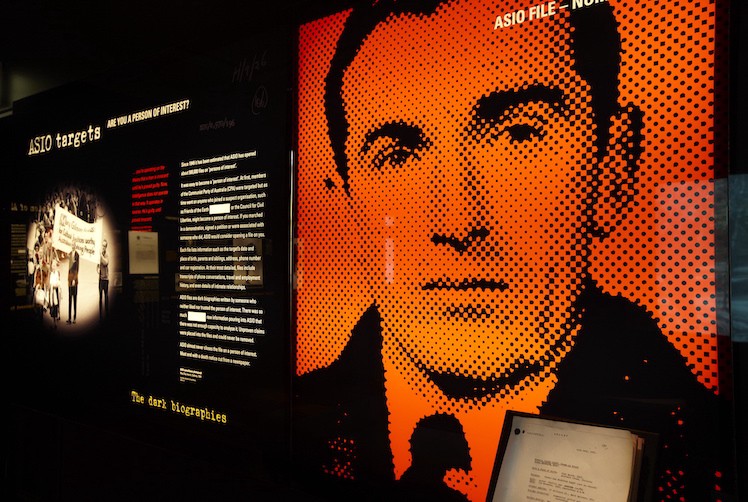 Will future historians see the Abbott/Turnbull/Morrison era as the period of governance when totalitarian instincts were unleashed? The targeting of journalists is just the beginning of a much greater disaster, writes journalist and author, John Stapleton.

Australia’s #RighttoKnow movement barely touches on the intensity of media manipulation by the conservatives since they regained power in 2013; from blocking popular Facebook sites to harassing little-read authors like me.

Imagine you’re writing something critical of the government. You know there are cameras in your home, a keylogger on your computer — every keystroke is observed or recorded. And then you hear cries of derision from a neighbouring house.

I experienced this while completing the third and final book in a series on Australian life, Dark Dark Policing. The first two, Terror in Australia: Workers’ Paradise Lost and Hideout in the Apocalypse, may not have set the bestseller lists alight, but that is not the point.

My lifetime in journalism never prepared me for so much abusive surveillance.

My epiphany came post-retirement. Returning from years in Asia, I was jarred by the dilapidated state of Australia in contrast to the dynamic societies I had been in. And so began my work on a book initially titled Workers’ Paradise Lost.

But it was impossible to ignore the biggest story of the day, terror, with the then Prime Minister, Tony Abbott, abandoning good government in favour of terrifying the population, pounding on about “the death cult” at every opportunity. This was despite repeated warnings from terror-messaging experts that his terminology was counterproductive, actually attracting recruits to Islamic State.

The element that caused most offence was a surface one. Every single terror operation conducted by the Abbott government was named with a pro-jihad tag, from the blatant to the obscure. How could this possibly be?

But there they were: politicians and leaders of national security agencies trumpeting operations named after something that Muslims, with their culture’s sense of historical grievance, could decipher.

Some were so obvious that it was difficult to understand why nobody raised the alarm. Here are a couple:

CounterTerrorism Operation Amberd: Launched in 2015. Amberd is in Armenia and 2015 was the centenary of the largest massacre of Christians in history, 1.5 million.

Operation Coulter: Ann Coulter is an American columnist best known for her comment:

“Not all Muslims are terrorists, but all terrorists are Muslim.”

When quizzed, the Australian Federal Police had a bizarre explanation: the government, they claimed, had nothing to do with naming counterterror operations.

From that moment, I felt I was under intense surveillance.

Among the most egregious laws passed by the Abbott and Turnbull governments were Journalist Information Warrants, issued entirely in secret. Journalists are not informed if a warrant is taken out against them and face jail if they publicise the fact.

The laws have become so strict that journalists cannot write about security operations, or even surveillance of their reporting, without the risk of prison.

I chose to use novelistic techniques. The protagonist in the first two books is Old Alex, a dishevelled retired reporter with a wild imagination.

And, as Alex speculates:

“Could someone who had just written a book called Terror in Australia possibly be the subject of a Journalist Information Warrant? Or was it illegal to even speculate?”

Australia is a surveillance state.

And journalists are now POIs, Persons of Interest under the ASIO Act.

Much of this legislation was introduced into Parliament under Tony Abbott and became law under Malcolm Turnbull.

You would be right to ask where the journalists were when this was going on.

The journalists union, the MEAA, under CEO Paul Murphy, has produced a string of stunningly good reports on these issues. Media organisations ignored them; the public had no idea of what was going on. Until the government began arresting journalists.

There are many ironies. The two greatest players in the #RighttoKnow movement, the ABC and News Limited, are highly compromised in their relations with government.

Traditionally ASIO has vetted appointments to the ABC via security assessments, and there is no reason to assume the practice has ceased. News Limited’s editorial line is so utterly in bed with the right wing of the Liberal Party as to be preposterous.

The tranches of legislation passed by Abbott and Turnbull make it almost impossible to report on many significant issues.

Blair Cottrell of the United Patriots Front, despite being routinely demonised by the mainstream media, attracted tens of thousands of followers whenever he appeared on Facebook. Like it or not, his anti-multicultural rhetoric struck a chord with many Australians.

In a now-removed Facebook post, he wrote about how he would meet ASIO officers before a rally, ostensibly to minimise violence. And how he learnt that the AFP and ASIO had worked together with Facebook to have him banned. Feeling betrayed, he told everybody.

The tranches of anti-journalist legislation introduced jail terms of up to ten years for journalists who disclose what are known as SIOs, Secret Intelligence Operations. Who decides what an SIO is? ASIO does.

Did an SIO ban Blair Cottrell from Facebook for expressing views similar to those of the duly elected Senator Pauline Hanson?

The point is, the public narrative — thereby, the nation’s culture — is being controlled: from barely read authors like me, to the mainstream media, to Facebook warriors.

Suppress dissent and you foment revolution.

Thanks to the blizzard of poorly drafted legislation that the Liberals introduced to exploit the fear of terror, we now live in a country where, as the Inspector-General of Intelligence and Security recently pointed out, you can be jailed for five years for breaching orders you didn’t know existed; where children as young as ten can be incarcerated without charge.

It doesn’t take the gift of prophecy to know that future historians will see the Abbott/Turnbull/Morrison era as the worst period of governance in Australia’s history, when totalitarian instincts were unleashed. The targeting of journalists is just the beginning of a much greater disaster.

RELATED STORIES:Toxic “Safety” orders the latest tool to shut down free speech – Michael West
It’s #YourRightToKnow. There are many ways to silence the media: persecution of whistleblowers, defamation threats…www.michaelwest.com.au

John Stapleton worked as a staff reporter on The Sydney Morning Herald and The Australian for more than 20 years. His books include Thailand: Deadly Destination and Terror in Australia: Workers’ Paradise Lost. He currently edits A Sense of Place Magazine.