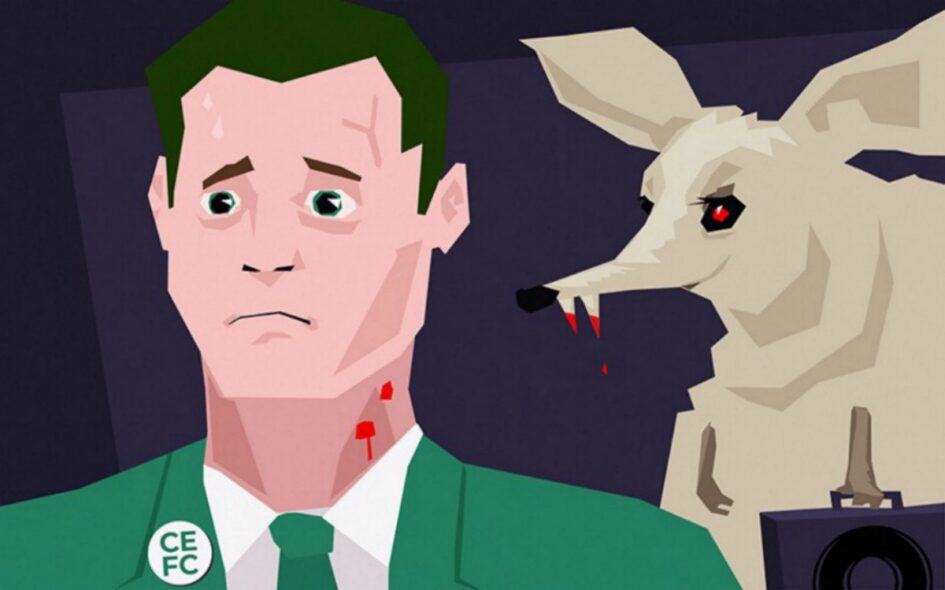 The Big Four Australian banks and investment bankers Macquarie, big Liberal Party donors all, have received over $2.3 billion in taxpayer-backed funds from the Clean Energy Finance Corporation. That is almost one-third of every dollar ever invested by Australia’s green bank.

One of Australia’s leading investigative journalists Anthony Klan explores the dramatic rise in CEFC funds going to the Big End of Town, particularly investment bank Macquarie, which coincides with a sudden rise in affection from Prime Minister Scott Morrison.

The Clean Energy Finance Corporation was created by Julia Gillard’s Labor Government, in cooperation with the Greens, in 2012. As a “green bank” it was given access of up to $10 billion over five years, $2 billion each year from 2013 to 2018, with a mandate “to facilitate financial flows into the clean energy sector”.

It would invest money where others were not yet willing, so as to pave the way for wholesale private investment in green energy.

Its goal was not to make a profit, but it was not to cost the Government anything either. The CEFC was to deliver a return, after costs, that was the same or higher than the Government’s five-year bond rate, about 3.4% a year at the time.

From the outset, the Coalition was no friend of the CEFC.

In 2011, in Opposition, then Coalition finance spokesman Andrew Robb said the proposed fund would be a “honey pot to every white-shoe salesman imaginable” and the money would be spenton “all sorts of wild and whacky proposals that the banks would not touch in a fit”.

In just the past weeks, a string of government agency reports has given a ringing endorsement to renewable energy and underscored its integral role in Australia’s future wellbeing.

Yet when Prime Minister Scott Morrison surfaced on Monday he was singing from a very different song sheet. The Federal Government wouldunderwrite two new fossil fuel emitting gas-fired power stations, one in south-east Queensland’s Gatton and one in Dandenong Victoria.

After years of delays, false claims and piecemeal policy — all pickled with an unusually robust strain of climate-change denialism — the Coalition’s addiction to fossil fuels is poised to have some very real and long-term consequences for the nation’s bottom line.

It has been suggested that an inability by the Morrison Government to find the resolve to quit the junk may be the thing that ultimately kills it. Be that may, or not, Canberra’s desperate binges and sunset hits in the interim will have all Australians footing the bill — and for long into the future.

Renewables are cheaper, more efficient and endless. Building new coal plants, or upgrading existing ones, just don’t stack up, either environmentally or economically.

The $10 billion Clean Energy Finance Corporation has survived years of merciless attacks from the Coalition, including two attempts to abolish it and underhanded “mandate” changes which threatened to render it useless. Now it has become a darling of PM Scott Morrison, is under the control of Energy Minister Angus Taylor — and is staring at one of the biggest crossroads of its existence.

Scandal-plagued Energy and Emissions Minister Angus Taylor courted international condemnation at UN talks in Madrid, after insisting Australia be allowed to meet its 2030 emissions target by using carryover credits under the Kyoto Protocol, a loophole condemned by most of the international community.

It was the last gasp of an Australian decade, one which will be forever distinguished by the political furore over climate change, and fires, immense fires.

The horror of a continent ablaze was projected in headlines and on front-pages across the globe. On New Years Eve, the world was watching.

The New York Times told of “Apocalyptic Scenes”, the BBC tallied the mounting death toll and CNN’s homepage led with photos of alien, bloodied skies under the simple but haunting tagline: “Thousands of Australians are trapped on a beach as wildfires rage”.

French newspaper Ouest-France went further — it would be followed by numerous others across the world in the coming days — and linked the imagery with reality:

As if on cue, also on December 31, and against this acrid backdrop, a column by Energy and Emissions Minister Angus Taylor appeared in The Australian newspaper.

Supporting the piece was an uncritical write-through of those same comments in the form of a booming page-one splash: “Climate pressure ‘doomed to fail’, says Angus Taylor”.

Freshly back from courting international ridicule over his speech in Madrid, the Federal Member for Hume had doubled down.

Australia could not “single-handedly have a meaningful impact” on climate change; the “debate in Madrid was not about Australia’s performance”; we should not “feel guilty”, or listen to “shrill cries”, about our emissions reduction and “we are doing our bit and more”, Taylor told us.

The “quiet Australians”, he said, already knew this.

Yet these blue-chip Australian giants, and several others, are among the biggest recipients of taxpayer backed CEFC investment funds.

This flow of money to the big end of town has ballooned in recent years, in large part due to Coalition directives.

In recent years, Macquarie’s name has regularly popped-up in connection to CEFC, as a potential buyer should the federal government seek to privatise the green bank.

Macquarie bought the UK’s Green Investment Bank, the CEFC’s British equivalent, for £2.3bn ($A4.3bn) in 2017, after the UK government had put it on the market two years earlier.

The proposed Macquarie sale raised major concerns in Britain at the time, with many concerned the financial giant would strip the green bank — it was also created in 2012 — of its valuable components and destroy its green purpose.

A British newspaper dubbed the finance giant the “Vampire Kangaroo”, in a nod to gonzo journalist Matt Taibbi’s famous, post-global financial crisis, 2009 Rolling Stone magazine description of Goldman Sachs as a “great vampire squid wrapped around the face of humanity, relentlessly jamming its blood funnel into anything that smells like money”.

Two-and-a-half years after the sale was completed, the controversy continues to rage.

In just over two years, about $345m of CEFC funds have now flowed to Macquarie.

Analysis of CEFC’s annual reports and other disclosures shows Westpac has received $290m, ANZ $250m, NAB $510m, with the CEFC committing a massive $696m to the CBA.

In all, the five major banks have been allocated $2.31bn of taxpayer-backed CEFC cash.

Despite the surge in cash to major corporations, by June 30 2019 the CEFC had commitments of only about $6.2bn, after removing $718m of loans already repaid and small number of commitments that didn’t eventuate. That meant that by New Years Eve, based on the deals the CEFC has announced since June 30, just under one-third — 31% — of CEFC commitments had been to Macquarie and the big four banks.

Vast sums of taxpayer-backed funds have flowed to many of the biggest names in Australian business.

The Clean Energy Finance Corporation: Lazarus with a triple bypass

Anthony Klan is an Investigative journalist specialising in corporate malfeasance and corruption.

Klan’s investigations into the likes of superannuation, Google Australia, financial planning and Pink Batts have informed government policy and brought reform in Australia.